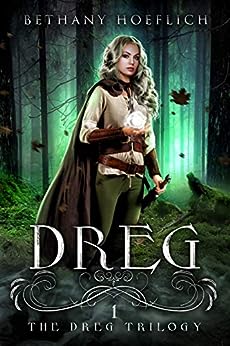 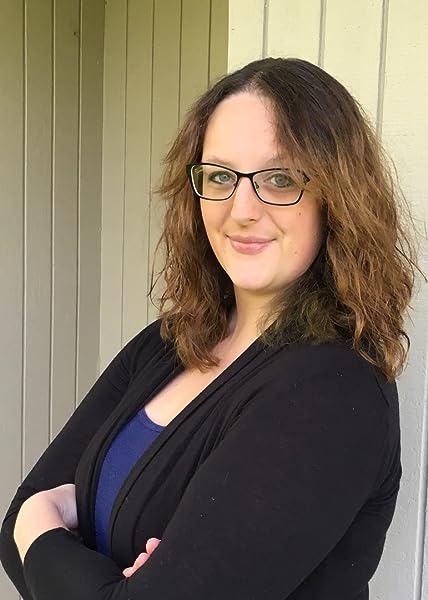 by Bethany Hoeflich (Author) Format: Kindle Edition
Book 1 of 3: The Dreg Trilogy
See all formats and editions
Sorry, there was a problem loading this page. Try again.

The Order has a secret.
And they’ll kill to keep it hidden.

Mara is a dreg. She can't manipulate water with the flick of her hand, juggle fireballs over her head, or grow crops in barren land with her power. Compared to the Gifted in Stonehollow, she might as well be dirt.

With no magic of her own, each day is a struggle to find her place in a hostile village where the Gifted would rather see her dead.

For eighteen years, she's struggled to understand why the old Magi had refused to awaken her Gift on her first birthday.

But he's taken his secrets to the grave.

When the Order sends a new Magi to replace the old, Mara knows she’s doomed. He's handsome and charming, and for some reason, he won’t leave her alone. But can she trust him?

When Mara uncovers a dangerous secret, she must flee the Order who will do anything to capture her before she can expose their corruption.

Because if the truth gets out, the consequences will be catastrophic.

The Dreg Trilogy is a clean YA Fantasy with magic, adventure, and a slow-burn romance.

Get your copy today!

Bethany Hoeflich is the author of the Dreg Trilogy. She lives in Central Pennsylvania with her husband, three children and an assortment of furry (and scaly) creatures.

Monday through Friday, Bethany is at the mercy of the sadistic whims of her scatterbrained muse, feverishly churning out the words for her next novel.

On the weekends, Bethany wrestles narwhals, participates in competitive taco-eating competitions and visits alternate dimensions through a rift in her stereotypically dark and spooky basement.

Amazon Customer
5.0 out of 5 stars Couldn’t put it down.
Reviewed in the United States on September 16, 2018
A fantastic start to a trilogy! I found myself falling in love with the characters and loosing track of time while I read. I can’t wait for the second book to come out to see where some of the twists end up!
Images in this review

Azaaa D.
4.0 out of 5 stars The prologue mesmerized me...
Reviewed in the United States on February 6, 2019
Verified Purchase
Dreg is well written. The prologue mesmerized me into walking along side an old and powerful man visiting a family on their child’s first birthday. I was immediately transported to a small, bustling village in a time before industry and technology.

The main character, Mara, is daring, impulsive and compassionate. Some of her actions are reckless but all are believable. Mara lives in a beautiful world where almost everyone is born with a magical ability. The unfortunate few that don’t have a gift are called dregs and treated like useless outcasts.

Despite being treated poorly by society, Mara is warm-hearted and readers will root for her as she is propelled onto an adventurous quest. The main cast of characters grew on me and the mysteries kept me reading as I tried to figure out who could be trusted and who would surprise me next.

If you like young adult fantasy with a female protagonist, magical realms and adventurous quests, then I highly recommend this debut novel by Bethany Hoeflich!

Gray
5.0 out of 5 stars Dreg: A Redemption Arc
Reviewed in the United States on June 5, 2019
Verified Purchase
First off, I want to begin this review by saying that after the failed impressions of many, many young adult authors I was hesitant to begin the story.

In this case, I am grateful that my terrible decision making did not indeed get in the way.

Bethany, you have redeemed young adult fiction for me. Bravo! From one author to another.
Read more
4 people found this helpful
Helpful
Report abuse

Jenny Becker
3.0 out of 5 stars Good story but feels like it was not thoroughly edited.
Reviewed in the United States on November 3, 2019
Verified Purchase
I enjoyed the story a great deal and will read the second book because I am curious to see where the story goes. I would have given it four stars but there were some glaring grammar issues that bothered me and took me out of the story a bit, and a few places where it felt a little choppy and rushed. It made me think of a self published book that hadn't been through a professional editor, which is strange because I got the book as a fee download for joining the small publisher's mailing list. I would expect even a small publisher to have some quality editing. Certainly worth a read if you can overlook small issues that could and should have been addressed.
Read more
One person found this helpful
Helpful
Report abuse

P. Cockeram
4.0 out of 5 stars Strong Start to a Promising Trilogy
Reviewed in the United States on January 6, 2019
Verified Purchase
Mara is a typical teenager on the verge of adulthood, trying to survive in a world that oppresses her because of who she is. Then destiny thrusts her into a mortal struggle with the corrupt institutions behind her oppression, and she learns that what matters in the end is what she does. This coming-of-age novel has a strong moral center and an action-packed plot that kept me going from one chapter to the next, especially once Mara leaves her home village and meets up with a wandering company of others like herself. The characters are memorable, the settings are varied, and the world grows ever more complex. Fans of fantasy and strong female protagonists will especially enjoy this novel, and probably the next two as well.
Read more
2 people found this helpful
Helpful
Report abuse

Kris walls
5.0 out of 5 stars Magic and persecution
Reviewed in the United States on January 1, 2019
Verified Purchase
The plot is amazing and well developed. Mara is a character I love to love, she displays kindness, loyalty, hopefulness, and determination. The comradery between the characters is my favorite part of this story. The scenes of battle and magic are well written and exciting. Very thrilling read.
Read more
2 people found this helpful
Helpful
Report abuse

Sunflower
5.0 out of 5 stars A fun read
Reviewed in the United States on April 6, 2019
Verified Purchase
"Dreg" is a YA styled story, but is a fun read for any age group. The author does a superb job of a fast paced, easy to read story that gets right into it. Will the main character discover if there's anything special about her, other than her incredible ability to remain upbeat and strong in the face of open, hostile racism from people in her little home village? Find out, get your copy now.
Read more
Helpful
Report abuse

Joan Richmond
5.0 out of 5 stars DREG Book1
Reviewed in the United States on April 9, 2019
Verified Purchase
I gave this story a 5-star-review. I enjoyed reading about Mara, Ansel, etc. Lots of chasing & fighting with worthwhile characters all over each & every page. I think most ages would like reading this fantasy! I am anxious to read the next book. I was able to acquire The Dreg free from a bundle of various titles. Thank you so much.......J. Richmond
Read more
Helpful
Report abuse

Lori Berkes
5.0 out of 5 stars A Dreg is someone we can all relate to!
Reviewed in the United States on September 17, 2019
Verified Purchase
What an amazing book! You don’t want to put it down. So many interesting things going on in one little girls head! A Dreg is definitely someone we can all relate to in some sense. A wonderful read, can’t wait to start the second one.
Read more
Helpful
Report abuse
See all reviews

dianne mcguire
5.0 out of 5 stars Loved this book
Reviewed in the United Kingdom on November 9, 2018
Verified Purchase
I just love this book great story can’t wait for the next book
Read more
Report abuse
See all reviews