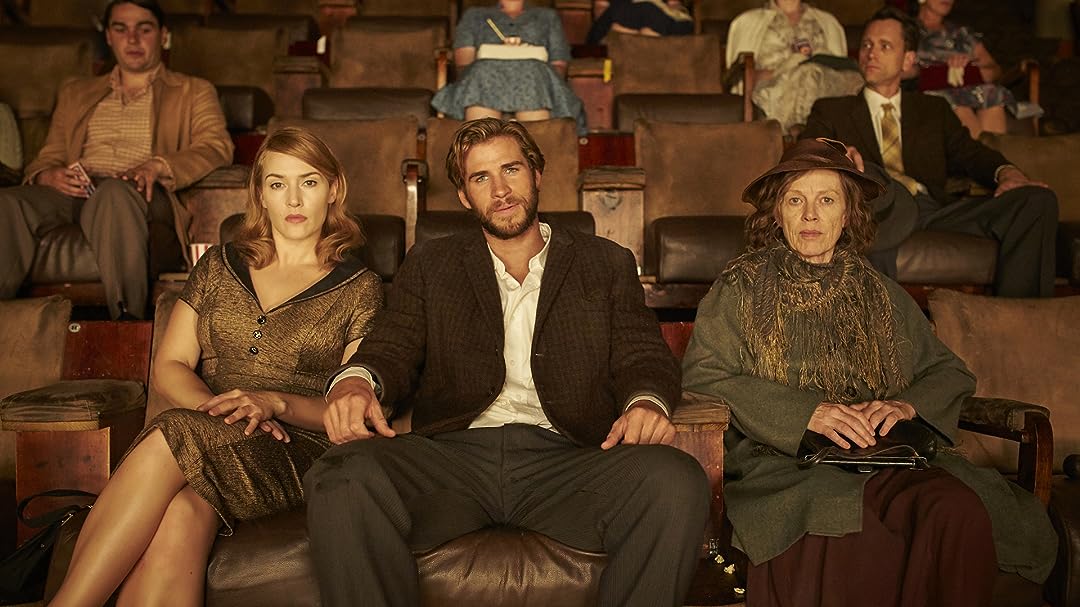 (4,437)
7.01 h 58 min2015X-RayUHDR
THE DRESSMAKER tells the story of the beautiful and talented Tilly Dunnage. After years working as a dressmaker in exclusive Parisian fashion houses, Tilly returns home to a town in the Australian outback to reconcile with her eccentric mother Molly.

NAP21Reviewed in the United States on August 1, 2017
5.0 out of 5 stars
Definitely worth your time.
Verified purchase
A wonderful story about searching for the truth and righting wrongs with a humorous and sad twist. I can not be as poetic as other reviews but found this to be a spectacular movie filled with joy and tears but closure as well. A fantastic movie that I will watch again with my Mother. Not sure why all the reviews aren't 5 stars, acting is amazing, plot is wonderful, music is fitting and it all comes together seamlessly to make a beautiful movie that will leave you sad but happy too. So many movies leave you wanting more; this movie is so whole and complete there are no loose ends that leave you hanging. Absolutely worth every minute.
165 people found this helpful

Corey PhillipsReviewed in the United States on July 7, 2018
1.0 out of 5 stars
Disturbing, tragic, violent and hard to get through
Verified purchase
If you are looking for a “feel good” movie, back away fast. First and foremost, the Amazon summary of the movie does not give you any warning regarding how dark this movie really is. Winslet does a lot more than transform the wardrobes of the women and fall in love. It’s honestly a disturbing movie with little redemption and a lot of tragedy. I regret watching this and turned it off after one particularly awful death 90 minutes in. Also, many of the characters are very 2-dimensional. The film doesn’t seem to know if it wants to be a comedy or a tragedy, and it just doesn’t work no matter how pretty the dresses.
108 people found this helpful

LynReviewed in the United States on July 20, 2018
1.0 out of 5 stars
Uplifting? No.
Verified purchase
Thought this would be a revenge comedy... instead it was an old lifetime movie on steroids. People die, and not just the people who “deserve” it... I’m not sure why everyone thought this was a hilariously fun romp, it completely ruined my day.
105 people found this helpful

Holly Montgomery MusicReviewed in the United States on January 8, 2019
1.0 out of 5 stars
Am I supposed to laugh or shoot myself in the head?
Verified purchase
I am genuinely puzzled at the 4-star rating. The movie was schizophrenic and couldn't decide if the audience were supposed to laugh or cry or just be morbidly depressed while watching it. I sure was. It felt like they tried to alternate the best 5 minutes of rom-com, tragedy, farce, and oh, did I mention tragedy? The idea of the dressmaker coming back for revenge is a cool one (and Kate Winslet is always great), but the direction of the movie made it one of the more unpleasant movie experiences I (barely) sat through in a long while.
69 people found this helpful

Amazon CustomerReviewed in the United States on November 20, 2020
1.0 out of 5 stars
Disturbing Don't watch Don't trust the reviews!
Verified purchase
This is a very disturbing movie. Another movie that just dumps Garbage into your soul and trys to destroy your peace. It plays on your heart with parts of a story that could be true. Another sad abusive to the soul substance playing as Art. Any "art" and life so devoid of God is also devoid of true Beauty Truth and Goodness. God is always near to the broken hearted. In God there is always hope and healing. This is another twisted movie that leaves out the light and love of God that shines through even into the darkest places.
26 people found this helpful

EstherReviewed in the United States on May 20, 2017
5.0 out of 5 stars
Acting was Brilliant
Verified purchase
The actors here give stellar performances. The story was also very good. I'll have to consider finding the book. While I was distressed at how the story played out, I can't really imagine it happening any other way and yet being as satisfying. Never seen such a small town, but coming from one similar I can attest to how true this can be. Not sure men will understand or appreciate the story quite as well as women, so I'll recommend watching it without him.
83 people found this helpful

JocastaReviewed in the United States on July 13, 2017
4.0 out of 5 stars
I liked this movie
Verified purchase
I liked this movie. I liked the plot twists, I liked the generally unpredictable character arcs, I liked the actors and I liked the quirky scene staging. The video preview was compelling enough that I wanted to watch it even though the basic plot is "prodigal child returns home." It quickly established that Kate Winslet's Tilly Dunnage had returned to her tiny, backwards hamlet unabashedly more for vendetta than virtue.
What surprised me at first was how silly it presented itself by incorporating an almost vaudevillian feeling to the initial ruckus she caused with her unexpected appearance. It lead me to believe that the whole movie was going to have that same tone, entertaining and a bit kitschy--which I like if it's executed well. But there are whole sections when the movie breaks away from vaudeville into real poignancy and (admittedly) slightly overbearing Hollywood-love-story. One might argue that it's a movie that can't decide what it wants to be. I think that's ok. I find this lack of uniformity in tone both novel and endearing. It was very much darker than I was expecting, while also much more heartfelt and heartbreaking.
I'm aware that reviews can only subjectively claim whether a movie is good or bad. So I won't waste my time trying to convince anyone that it's "good," only add my positive review in that regard, because I liked it and I don't think it's bad by way of directing or production values. I imagine that people who like Kate Winslet's somewhat whimsical, always strong, character portrayals, will like her in this. Fans of movies like Eternal Sunshine of a Spotless Mind will probably like this movie more than fans of the Titanic genre.

ClarityReviewed in the United States on August 5, 2019
1.0 out of 5 stars
Can't understand the high ratings for this movie
Verified purchase
We didn't finish watching it. If you don't care for the current trend of twisted humor inappropriately combined with gory killing and a macabre undertone throughout, don't watch this movie. "Sweet revenge" is more like depressing, negative, psychotic behavior. The town is filled with people sick in mind and body. I grew up in a small town, and never saw anything like the characters in this movie, which takes lack of values to the extreme in a way that is not funny at all. On the other hand, the acting was excellent. To the actors: don't associate yourselves with this kind of material.
27 people found this helpful
See all reviews
Back to top
Get to Know Us
Make Money with Us
Amazon Payment Products
Let Us Help You
EnglishChoose a language for shopping. United StatesChoose a country/region for shopping.
© 1996-2022, Amazon.com, Inc. or its affiliates