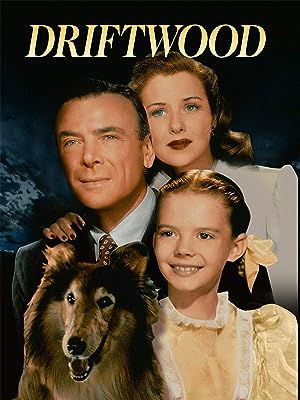 Sheila LSReviewed in the United States on October 21, 2015
5.0 out of 5 stars
I Laughed and I Cried
Verified purchase
I loved this movie! It is a great family movie. Natalie Wood gave a great performance as the little girl in the movie. She made the movie. And Walter Walter Brennan was suburb as always--played his part just as he always has in other movies. I loved everyone of the characters--withstanding the bully little boy and his father. I was delighted to see the waitress who worked at the drug store--I have only seen her in one other movie--the witch in the "The Wizard of Oz." Even the spinster aunt, bitter as she was, grew on you as the movie progressed. There was moments I laughed and moments I cried. I can't say enough good things about this movie--I am so glad it was a free movie but it is worth buying and keeping it around for when family visits. (I am grandmother of 8 and a great-grandmother of 12). It goes to show you that you can see a good movie without foul language and without sex scenes--a good clean movie is hard to find any more.
13 people found this helpful

J. B. KeastReviewed in the United States on March 14, 2015
5.0 out of 5 stars
The Cure for the Angry Atheist
Verified purchase
Unless you're a die-hard cynic, it's impossible not to love this sweet little film. Walter Brennan (Murph) is his usual delightful old curmudgeon self, Aunt Matilda is hard as nails and soft as butter, and handsome Dean Jagger (Dr. Webster) as the father figure is the kind of man girls of all ages would purposely swoon into his arms for safe keeping. And then, of course, there is the charming, guileless Natalie Wood (Jenny)—quoting a Bible verse as the solution to every problem and disarming every adult she meets in the process. The villains were spot on as well, with Mayor Snyder your typical opportunistic, self-centered political figure, along with his completely creepy, over-indulged son who you were quite sure would grow up to be a misogynistic psychopath. (In real life, apparently this child actor was one of the few that Natalie Wood's mother allowed her daughter to socialize with on the set.) A hidden gem of a film, that overcomes the sometimes over-the-top 40/50's movie schmalz with tried-and-true character actors, unashamed faith (with—Gasp!—praying) a beguiling Natalie Wood, and of course, a dog. What's not to love?
11 people found this helpful

Tough CustomerReviewed in the United States on November 17, 2021
5.0 out of 5 stars
Vaccines Save Lives
Verified purchase
Vaccines save lives. That is one of the main takeaways from this profoundly Christian black and white film about good people who try to do what's right. I

The film also contains a stark warning about immoral, self serving politicians who ignore, science, the truth and the law in an attempt to advance themselves and their poorly raised, spoiled sociopathic offspring. Every Christian conservative should watch it and so should every skeptical liberal. Both would become better people by doing so.

PatReviewed in the United States on March 29, 2016
5.0 out of 5 stars
Kept my attention...Natalie Wood & Walter Brennan captured my heart again.
Verified purchase
Enchanting story about a sweet mountain child raised on the Bible by her preacher grandfather who dies, leaving her to go down the mt encountering wild animals. On the way an on-fire airplane passes overhead & crashes. In the context of her young life, she can only relate it to Beelzebub. Soon a collie comes toward her. She smells the burn on his coat & we know it came from the plane. She finds an advertisement for the plane, calls it Beelzebub & saves it, proceeding down the mt. She is found & taken in by the townspeople. The advertisement she hides in a desk. After a tick bite, she takes ill & is saved by the dog's blood holding life saving serum. Walter Brennan again plays a curmudgeonly, but lovable, old cuss.
5 people found this helpful

Bobby UnderwoodReviewed in the United States on April 7, 2005
5.0 out of 5 stars
Driftwood
Verified purchase
Allan Dwan was one of the few directors to bridge the gap from silent to sound pictures. His body of work includes silent films like Robin Hood, and decades later the John Wayne film, Sands of Iwo Jima. Though there may not be a signature classic to point to, his films always showed a skilled craftsman at work, even when there was little to work with. He seemed to have a knack for working with children and directed many of Shirley Temple's best films from the 1930's.

Driftwood gave him a chance to work with child star Natalie Wood, and Dwan's craftsmanship coupled with Wood's talent, turned this sweet story from Mary Loos and Richard Sale into a warm family film. Natalie Wood is precious as Jenny, a smart little girl living with her great-grandfather in the ghost town of Bullfrog Springs. He is a minister and has taught little Jenny to always tell the truth, which along with her propensity to spout out a Bible quote for just about any situation, creates some amusing moments.

The film begins when her great-grandfather suddenly dies and she is left alone in the ghost town. She heads for the town of Panbucket in the Nevada desert and along the way witnesses a plane crash and aquires its only survivor, a collie dog who she names Hollingsworth, to match her last name. Steve (Dean Jagger), a kind doctor trying to help find a treatment for rocky mountain spotted fever, finds them and takes her to his home.

Walter Brennan has some good moments as Steve's dad, a crusty pharmacist trying to avoid getting caught in the bear trap of Charolette Greenwood, the aunt of Steve's pretty school teacher girlfriend, Susan (Ruth Warrick). Susan wants to marry Steve, but the income of a small town doctor holds him back. He wants to move away to do research. But the need for a country doctor becomes evident when a few town members, including Jenny, come down with the fever. A good story ties all the elements together as the plane crash, Jenny's collie, and the need to build a hospital in Panbucket are all intertwined.

There is a natural feel to this warm family film. Dwan sprinkles it with humor throughout and the cast does a nice job with the sweet and sincere story. Dwan's craftsmanship prevents us from ever noticing there probably wasn't much of a budget on this film. It has a nice look in both the interior and outdoor shots, Dwan even showing attention to background sounds like crickets as Steve talks to Susan and her aunt on the porch at night.

Natalie Wood was just terrific here and shows how good she was as a child. This is a fine film to watch with your young children, especially if they are 7-10 years old. It is a wholesome film the entire family can enjoy together and gets a high mark for a well told story and the skill of pioneering director Allan Dwan. Just grab some popcorn and have a family night with this one. Highly recommended.

whoziewhazitReviewed in the United States on May 7, 2021
5.0 out of 5 stars
Unexpected
Verified purchase
I ordered because of Natalie Wood. Watched it the same night it was delivered. Natalie was a fine little actress as a child. Not sure what year this was supposed to be, probably early 1930's Kind of like a latter day Pollyanna. I really enjoyed it Entertaining and relaxing.

Preschool teacherReviewed in the United States on February 20, 2015
5.0 out of 5 stars
Driftwood great old movie
Verified purchase
I am 61 and grew up watching Lassie on tv. This sweet movie reminded me of the old 50's shows. I loved it. If you like old movies of this type you will like this. Natalie wood was excellent in this movie. The story of an orphaned girl who goes to stay at the home of the local Dr and his pharmacist father. The Dr is trying to cure yellow fever. There is a love interest and it ends well. It was a nice way to spend an evening.
5 people found this helpful