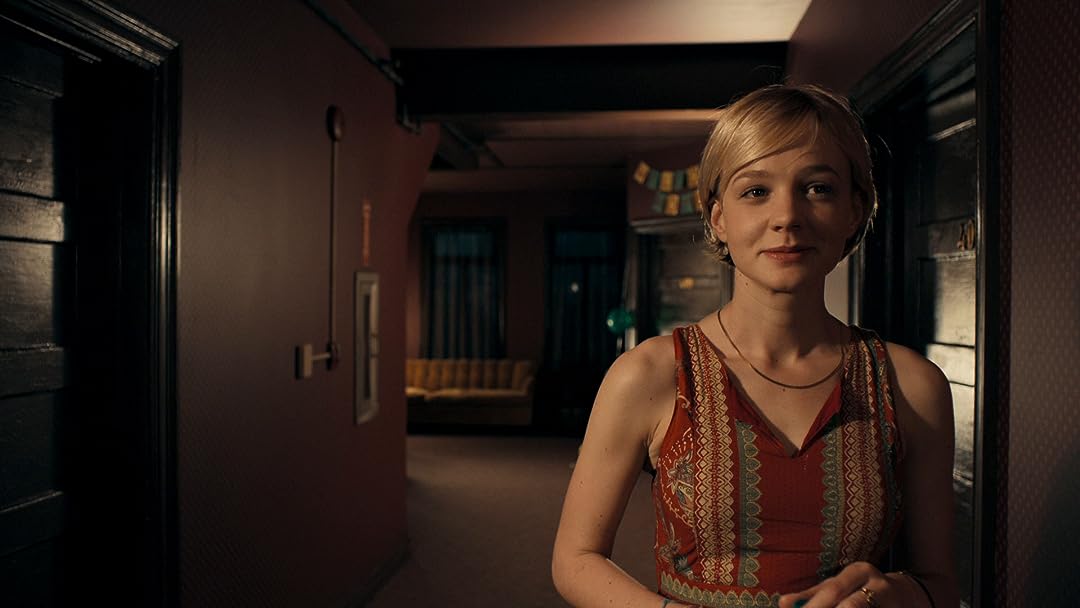 (5,659)7.81 h 40 min2011X-RayR
A Hollywood stunt performer (Ryan Gosling) who moonlights as a wheelman discovers that a contract has been put on him after a heist gone wrong.

CDReviewed in the United States on January 13, 2019
1.0 out of 5 stars
Disappointing
Verified purchase
No ‘65 Chevelle. Not much acting. Dramatic music without dramatic scenes. Not much driving. I had high hopes with Ryan Gosling. No real plot. I watched hoping it would get better but it didn’t. Awkward stares where the actors stare forever into each other’s eyes.
33 people found this helpful

The Z ManReviewed in the United States on January 1, 2016
5.0 out of 5 stars
A brilliant, artistic interpretation of the chase/heist genre, inventive, unexpected and PERFECT. One of my favorite films.
Verified purchase
This, along with Night Crawler, is one of my favorite moves of this decade. I just love the interaction between Ryan Gosling and Carey Mulligan. In much of the movie they remain silent, communicating in glances, in unspoken understanding. It's brilliant. And the acting by Oscar Issac is amazing. Brian Cranston as his side kick and Albert Brooks as his chilling nemesis are both perfect. The story, characters, cinematography, music and sound all come together in that rare spectacularly dramatic and artistic way we wish all movies could be. I've watched this over and over, and never get tired it of. I can see why this has gained cult status. The work is approached in such an unusual, inventive way that it far transcends your cookie-cutter heist or chase film. It's an art-house version of the heist genre, unexpected, but stylistically and imaginatively done. If you're looking for a Fast Five type chase movie, this isn't it. But if you're looking for an intelligent thriller with good action scenes and great performances, and you have a creative mind, then you'll love this movie.
84 people found this helpful

Can't praise the movie enough. The audio however, at least here on Amazon is very difficult to make out without subtitles.

Todd30Reviewed in the United States on February 11, 2015
5.0 out of 5 stars
Not an action film (but you should watch it anyway)
Verified purchase
It's an absolutely brilliant movie that will be loved by most people but hated by most of those who do not love it.

The film does an outstanding job of establishing mood and setting. That middle-of-the-night feeling is captured perfectly, and it only enhances what is essentially the story of a depressed, taciturn nobody who routinely endangers himself for no apparent reason, and is only too ready to endanger himself even further than usual so as to help what appears to be the only friend he has in his whole life. I didn't take the movie to be a love story so much as a story about loneliness, and a need for human connection. I'm sure he's not insensitive to the possibilities of a romantic relationship with a beautiful woman, but I honestly thought it was more so about just having someone in his life who knew that he existed. It's a very sad story in that regard.

Ryan Gosling's acting is superb. He never overdoes anything, always choosing the subtle route of less-is-more, and he pulls it off perfectly. The only thing I would say as a note of caution is that, contrary to advertisements, this is not an action film. Do not watch this film if you are hoping for non-stop explosions and chases and Van Damage. On that note, if you dislike slower pacing, scenes that function primarily to establish character and mood, and an overarching theme that is bleak and desolate, perhaps you might not like this film. For everyone else, I give it the highest possible recommendation.

BrandonReviewed in the United States on May 26, 2016
5.0 out of 5 stars
Just became one of my favorite movies!
Verified purchase
I had heard a lot about Drive and knew some people who thought it was fantastic but nnevergot around to watchingit until now, and wow, what a mistake. I was hooked on this movie from the start. Almost everything about it is fantastic. A couple ones to note are the soundtrack (phenomonal), the acting, cinematography, and just the way the movie feels is fantastic. The story isn't complex or carry a thought provoking idea on the ways of mankind, but it does have the ideas of trying to become a hero but ultimately it's not in your nature. The violence didn't bother me but it could be offputting to some, thoughsome of the violence carris a message or idea with it. I watched this movie twice in three days, a superb film but only to those who don't expect a mindless, action and explosions film.
28 people found this helpful

S.SaundersReviewed in the United States on January 22, 2019
1.0 out of 5 stars
Glad I didn't see it at the movies
Verified purchase
I can't believe how many positive reviews this movie has! Everything from the music, to the ending is just lame. Ryan barley talks, lots of just quiet awkward moments. Not even one (RG) shirtless scene. I guess the acting is okay but no real plot, and I def would not consider it an action film. I love Christina Hendricks and her part was literally 3 min of the movie ); Very disappointing.
12 people found this helpful

theqissilentReviewed in the United States on September 24, 2019
5.0 out of 5 stars
Adrenalin-spiked post-modernism
Verified purchase
Ryan Gosling is the Driver (no other name given, except for “kid”), a mysterious, taciturn young man who’s an L.A. mechanic and stunt driver by trade, but occasionally moonlights as a wheel-man for low-lives. Then neighbor Carey Mulligan and her son Leos enter his life, inadvertently getting him mixed up in some sordid business with the last people in the City of Angels he should ever mess with. Superior neo-noir thriller is an ultra-stylish riff on cinematic post-modernism and anti-hero crime pictures, with tense, crisply-assembled action sequences and potent eruptions of graphic violence, yet it’s focused far more on mood and character than getting the adrenaline pumping. Gosling does more with controlled looks and enigmatic smirks than the handful of lines he’s afforded; his understated romance with Mulligan is expressed almost entirely in their elegantly elongated gazes. Albert Brooks, however, walks away with the movie, cast against type as a fairly soft-spoken but ruthless crime boss, geniality masking chilly menace. The emphasis on preening, existential dread does short change the narrative twists, especially in relation to Ron Perlman’s Jewish gangster character and motivations, but it’s tough to care about any of that in the moment. Arthouse genre filmmaking at its purest and most viscerally impactful.
2 people found this helpful

joel wingReviewed in the United States on December 8, 2020
4.0 out of 5 stars
A shy and reserved person with a dark and violent side
Verified purchase
Drive featuring Ryan Gosling is a very unique experience. It starts off with a bang as Gosling gets into a high speed chase and then lulls the audience into a relationship story. This is the nature of the film. It’s about contradictions and surprises.

Gosling plays his role very subtly. Most of the time he is a very quiet and reserved person who barely even speaks. At the same time he does stunts in movies and moonlights as a getaway driver for crooks. You would never know what’s on the inside until the end shows that he has a dark and dangerous side as well that suddenly gets unleashed. As a result, the movie turns out to be a very interesting and engaging drama. It teases you and then delves into Gosling’s character only to turn 180 degrees into his dark side. You’ll enjoy the ride.
C
2 people found this helpful
See all reviews
Back to top
Get to Know Us
Make Money with Us
Amazon Payment Products
Let Us Help You
EnglishChoose a language for shopping. United StatesChoose a country/region for shopping.
© 1996-2021, Amazon.com, Inc. or its affiliates