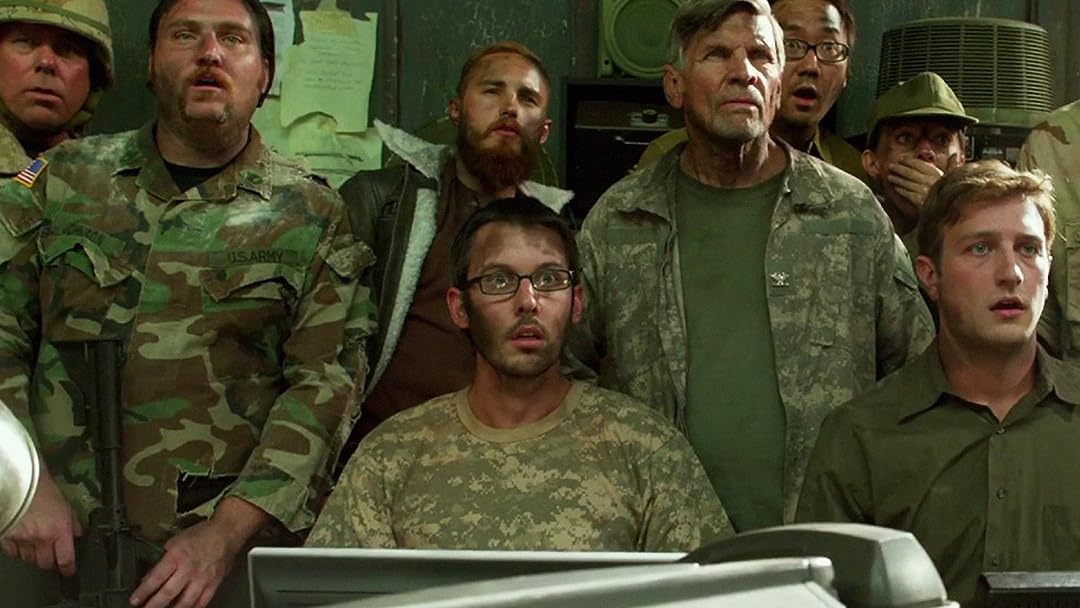 (8)
1 h 23 min2016NR
When drones overrun the planet, a small team of scientists works to expel the drone menace once and for all.

JP FishReviewed in the United States on October 5, 2017
3.0 out of 5 stars
Just when you think they hit bottom, a new low bobs to the surface.
Verified purchase
A marginal ID4 clone with little to call it's own. Grim infighting among the characters with Mad Max morality did not make up for the lack of a SPFX budget. I liked Corin better in his monster bug movies. He got to show more humor which is his strong suit in those low brow time burners. In this he just runs around shooting anything that moves. His lighter side was wasted. He might have shined better as the villain. Considering the script, I doubt it.The SPFX are passable but the story stole a lot from District 9 as well as a couple of others. If you are an incurable Sci Fi geek like me you will get it anyway. But get it cheap, guys. The less you pay, the better you'll feel about it. 90 minutes felt kind of long while watching this one. Should have been better. Could have been better. Wasn't. Sigh.....
2 people found this helpful

The Movie ManReviewed in the United States on September 16, 2017
3.0 out of 5 stars
Watch the skies...they're coming!
“Drone Wars” is a science-fiction action flick about a small group of scientists hiding in Los Angeles tasked with finding a means of stopping an invasion of drones bent on wiping out mankind. The drones have arrived without warning, slaughtering humans and stealing the Earth’s resources.

The film incorporates elements of previous sci-fi films, particularly “War of the Worlds,” “Earth Vs. the Flying Saucers,” and “Independence Day.” The characters are generic, and the plot hinges on a race against time to find a way to destroy the invaders.

Special effects vary from effective to poor. Fiery blasts from special weapons and explosions are obviously overlayed onto other footage to give the impression of mass mayhem. The drones themselves are imposing and mysterious, but there’s so much human-against-human fighting that it distracts needlessly from the main plot. Characters are types rather than actual people you believe, and are familiar action pic caricatures.

Pace is brisk, and exposition is kept to a minimum, which is good. When a movie works too hard at explaining fantastical occurrences, it tends to lose the viewer who is, after all, mainly concerned with how and when the good guys will develop the means to fight back against the invasion. The use of drones in the wars the United States is waging in Iraq and Afghanistan gives the film a contemporary feel.

There are no bonus features on the unrated, widescreen DVD release.