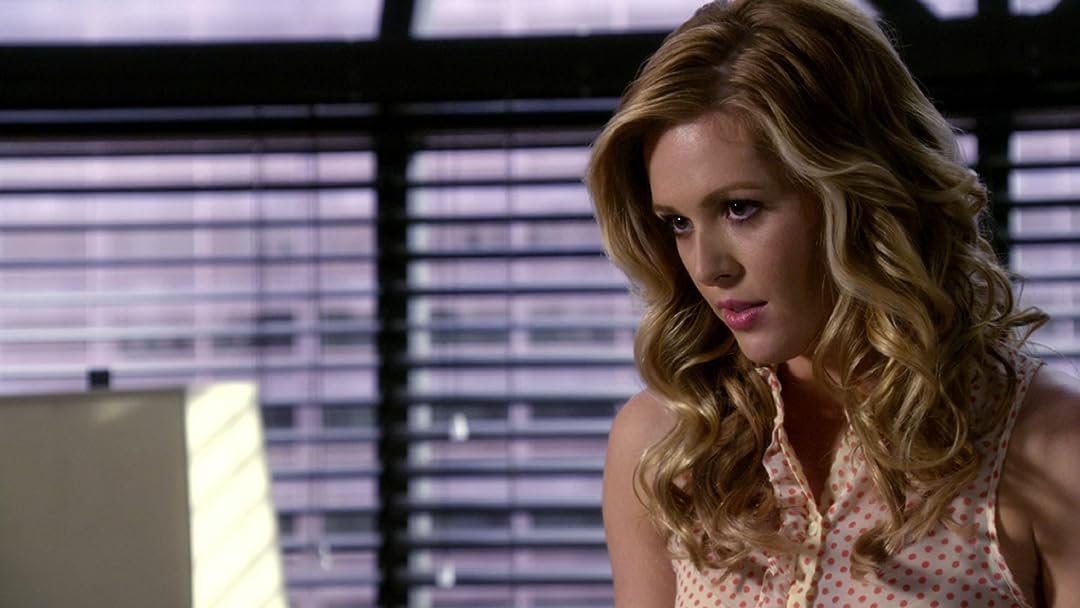 (638)7.4201313+
A vapid aspiring model killed in a car crash gets brought back to life as an intelligent, overweight lawyer, hoping to find the meaning of inner beauty.

Kenny_ChisholmReviewed in the United States on June 22, 2014
3.0 out of 5 stars
Failing Show On Top Of a Poor Release
Verified purchase
EDIT 12/07/2014: Amazon has addressed the issue with the duplicated discs. In addition, all discs are now playable on Blu-Ray players. Given this, I have now increased my rating to three stars. Despite the blur cover, the episodes are all in great quality.

Diva fans will look back at season 5 as the season the show took a turn for the worst and never quite recovered. In addition to the drop in quality of the show, the studio has decided to release the season through MOD forcing fans everywhere to ponder if this is actually worth the purchase.

For those of us wanting to complete our collection and went ahead with the purchase, due to lack of quality control on Amazon's part, every single copy currently in rotation contains two copies of disc 3 and no disc 2 hence making it impossible to have that complete set we were after. Also, given the inconsistency in the manufacturing of these discs through the MOD program, you will most likely encounter problems getting your DVD/Blu-Ray player to read one if not all of the discs.

Given this, I would suggest that you skip the purchase for now and wait until Amazon has sorted out issues with the duplicated disc. After which you just need to hope that the discs are playable for you.

BostonmamaReviewed in the United States on May 20, 2014
4.0 out of 5 stars
So silly, it's fun.
Verified purchase
NOT the type of show I would ever spend time on. In fact, I resisted watching at all based on the premise. But I was sick in bed one day, bored, so I tuned in. I love it. I like the interesting cases Jane takes on and I like the way her mind suddenly focuses and she is started when she realizes she has the answers and precedents for her cases in her memory from her previous life. Stacy should be annoying, but somehow, she isn't. Only character I could live without is Margaret Cho's. She is not funny (and normally, she is, as a stand-up comic, hilarious. They aren't doing her justice in this show). They sort of toss her in to state the obvious and when she isn't doing that, she is being obnoxious. The writers need to either give her fewer lines or better ones. I preferred the original guardian angel, too. This guy, who is supposed to be sweet and naive, is just too dumb to be believed. Brooke Elliot is sexy, funny and believable as someone with brains, heart and determination. I cannot believe it, but this show became a regular for me. I look forward to it each week.
3 people found this helpful

N. McGeeReviewed in the United States on October 22, 2013
3.0 out of 5 stars
Becoming quite lame...
Verified purchase
I keep watching it, hoping it will improve but alas, I'm disappointed. I was hoping the old Jane who came back to earth would be part of the entire season not just one episode, but no such luck. The characters seem to be changing and not for the better. Terry was my favorite - she could shoot zingers like poison darts and now it seems she's hardly written in. There's no chemistry between Grayson and his paramour. Stacy seems to be growing a brain, but I found her character in earlier seasons more endearing. The whole sperm donor story line is unbelievable. How is Stacy supposed to raise a child with no income? And Stacy & Owen? Please! The laugh-out-loud moments that were quite common in previous seasons are missing. The guardian angel is a bimbo who doesn't seem to have a reason to be on the show. Even the legal story lines aren't what they used to be. I AM glad Paula Abdul was written out of the show. I wish Rosie O'Donnell was still cast as a judge since she was wickedly funny. I still enjoy watching Jane - she has maintained that 'likability' characteristic. I will finish the season since I feel compelled to see how it ends. I cannot imagine a season 6.

SamReviewed in the United States on January 6, 2014
2.0 out of 5 stars
This season is terrible...
Verified purchase
For some reason this show is getting worse and worse progressively, season to season. The guardian angels seem useless/stupid.... I wish they'd just either have Fred or no angel at all. Jane and Owen, Owen and Jane, Jane and Graysen, Graysen and whoever his current fling is, and where did Kim go? I actually loved the dynamic her character VS Jane's created on the show.... I don't know what the writers are thinking anymore, but it definitely isn't "keep our audience". I'm guessing a lot of it has to do with the actors getting fed up with how stupid the show is going that they are quitting so they are trying to think of ways to write them out and new ones in, but the new characters just aren't working. Also the lawsuits featured on the show are getting worse and worse, they were interesting in the first season or two and since then I haven't seen much creativity. I wish they'd show less sneaky tactics and more skill.
2 people found this helpful

AllReviewsReviewed in the United States on August 12, 2013
4.0 out of 5 stars
Good Show
Verified purchase
Good show on the whole. I love the clients they have and how the cases progress. All this 'star crossed lover' business is starting to get a little tedious, though. But I guess if the characters are happy and leading productive lives outside of their work setting, it would be boring, right? Well, at least that's what the writer's think apparently. Note to the show's administration: someone getting jilted at the altar every season is not necessarily good television. How about some of the cast actually getting together with the person they're supposed to and enjoying their lives together for a change? Think it'll kill the show? Of course not! If that's what your current crop of writers think is "good television", then you haven't got very good writers. It can be done! Do the show a favor - do it and really get the ratings soaring.
3 people found this helpful

NimueReviewed in the United States on September 25, 2018
5.0 out of 5 stars
Amazing series about soul mates...one trying desperately to reunite with her love.
Verified purchase
This was a well written, directed and acted creative story about soul mates. One passes in a car accident right at the beginning but the events that transpire from that ill-fated day are incredible to watch. It was so well done. I ended up getting the entire series, so worth it to add to my collection. Highly recommend.

KippeeReviewed in the United States on October 18, 2013
5.0 out of 5 stars
great show
Verified purchase
good cast.... good lawyer story lines. somewhat unbelievable overall..... but still fun. I do think... that realistically, with the "thin model inside her"... Jane would have tried to lose some weight. She doesn't have to be the thin model "Deb"...... but I don't think realistically she would stay as heavy as she is after all this time. I don't know why that isn't worked into the show. After all, most women go up and down in their weight in real life. I do like the idea that Grayson decided he loved Jane even though she doesn't look "thin like a model". And I don't like how "dumb" her guardian angel's all seem to be. that needs to be fixed.

Marilyn F. MorganReviewed in the United States on July 26, 2013
5.0 out of 5 stars
GREAT Soap Stuff! I am hooked. Sooooo good.
Verified purchase
Someone told me about the series, so I got it and started with Year 1 Episode 1. I LOVED it. I was hooked.
Luckily you can watch them one after another. It became my bedtime story!!!

Most of my friends would love this as well. Great stars did cameos. So fun.
Great singing and dancing. Such a blast!

THEN, she meets Tony, and so so cool. He is pretty hot. Really!
Anyway, Loved Fred, sad when left. Luke was good, Paul is kind of dumb, but we don't know him that well.
ANYWAY, it is a very interesting show to watch. My grandson watches it with me, on occasion. He says he likes
to see how Jane figures out her cases. And, you know.... he is right!
See all reviews
Back to top
Get to Know Us
Make Money with Us
Amazon Payment Products
Let Us Help You
EnglishChoose a language for shopping. United StatesChoose a country/region for shopping.
© 1996-2021, Amazon.com, Inc. or its affiliates