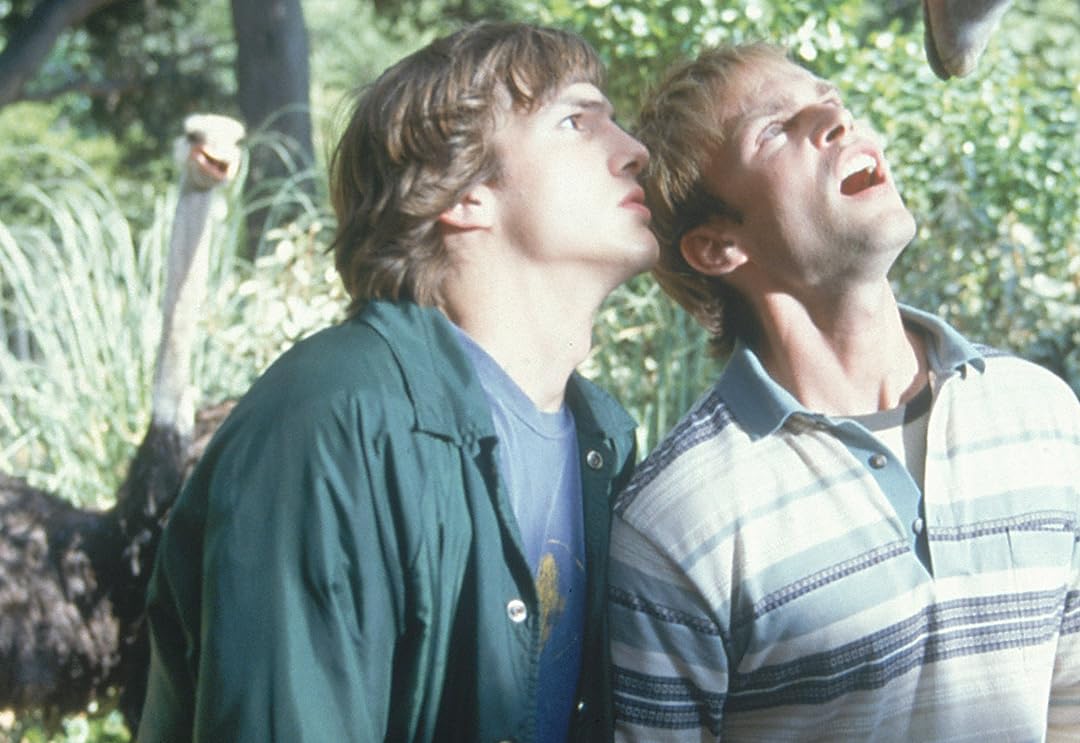 Human ShieldReviewed in the United States on January 31, 2018
5.0 out of 5 stars
The smartest stupid movie I've ever seen: wall-to-wall fun and a masterpiece in the "dumb movie" genre
Verified purchase
There's a lot I like about this movie. It has heart, and some likable and interesting characters, and it does a lot with a little. They seem to have set out to make a dumb movie that could be enjoyed with minimal brain-power expenditure, and they could have used that as permission to slack off and create something lazy that was momentarily entertaining and ultimately forgettable. Instead, they used the "dumb movie" premise as an excuse to completely ignore questions about plausibility and create an engaging plot that makes sense by its own bizarre logic. A lot of thought and heart went into this movie - it's the best dumb movie it could have been, and maybe the smartest stupid movie I've ever seen. Plus, it gets props for "we will now use the power of the continuum transfunctioner to banish you to Hoboken, NJ", which is a great out-of-context line.
5 people found this helpful

california 22Reviewed in the United States on April 23, 2021
2.0 out of 5 stars
Sexist, Racist and Homophobic. Not relevant in 2021
Verified purchase
So much worse than we remembered it! Our kids saw the trailer and begged us to watch it. All the best moments of course were used in the trailer, and there was nothing left to enjoy.

What we didn’t remember was how sexist, racist and homophobic the movie is.
Yes it’s a total stoner film, however it’s not remotely acceptable in 2021.
Unfortunately none of it went over our kids heads (as kids learn a lot about diversity and inclusion in school), and they didn’t even laugh after watching the trailer. They are in 5th and 7th.
We were left explaining why their generation brings hope to all the bigotry and hate of the past.

MicahReviewed in the United States on April 16, 2020
4.0 out of 5 stars
This piece of crap REEKS of 2002.
Verified purchase
If 2002 were a genre in the big book of humor, this would be one of the first items listed. It's obnoxious, it's stupid, it's perverse, and you can practically smell the weed in the script.

If you enjoy turning off your brain and laughing at some vulgar idiots just having some fun with a camera, you'll love this (and I mean that in a good way).

EdwardReviewed in the United States on March 6, 2017
5.0 out of 5 stars
Classic with no redeeming social values
Verified purchase
This is a silly roller coaster of sexual and physical gags that works with a great cast, Jennifer Gardner probably offered to have her name removed from the credits (cause of the movie not her performance as she is great), Chloe (from 24) is with the bubble rap freaks and all in all it is a disaster of movie that is upbeat and entertaining. Too many good bits thrown in together to count from "Sweeeet....Dude..." to "And Thennnnnnn..." and has become a cult classic.
2 people found this helpful

Tony5150Reviewed in the United States on August 3, 2019
5.0 out of 5 stars
Fun collegiate humor!
Verified purchase
This movie follows in the tradition of American Pie and other's. In addition to Sean William Scott and Ashton Kutcher, the film features fan favorite's Kristy Swanson, Jennifer Garner and Maria Sokoloff. If you like dumb humor you will love this movie.

Rachael723Reviewed in the United States on March 6, 2020
3.0 out of 5 stars
Dumb but funny
Verified purchase
Great if you like very dumb movies! Definitely some very funny scenes, but it’s very stupid for the most part.
One person found this helpful

Bianca ShaferReviewed in the United States on December 20, 2020
3.0 out of 5 stars
No Case
Verified purchase
I gave a 3 because the quality of the video is fine however, it didn't come with an actual case which was a bit disappointing.

daniel paul MatulaReviewed in the United States on January 12, 2020
5.0 out of 5 stars
SWEET ...DUDE!!
Verified purchase
My kids tell me never to tell Someone on the first date this is my favorite movie but I’ve seen it more than anything else… More than the sound of music or love actually. The reason I see it so much is that they have that mind a race thing at the end and you can’t remember it so you have to watch it again. It’s hilarious
See all reviews
Back to top
Get to Know Us
Make Money with Us
Amazon Payment Products
Let Us Help You
EnglishChoose a language for shopping. United StatesChoose a country/region for shopping.
© 1996-2021, Amazon.com, Inc. or its affiliates