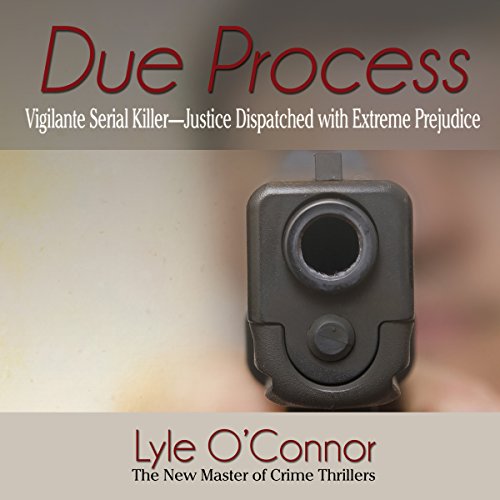 Enter the realm of a serial killer; share his thoughts, his emotions, his pain, and his need to assassinate.

Walter, an ordinary factory worker obsessing over the mistreatment of victims by the courts, becomes a vigilante for justice. Appalled by adjudicators coddling criminals under the guise of civil rights, Walter factors himself in as a lethal consequence for depraved individuals walking out of court with a slap on the wrist as punishment for heinous crimes.

He has no particular skill sets qualifying him to fight crime. He relies on cunning, isolation, and his hunting and tracking skills to take down targets and bring about his form of justice. A kaleidoscope of dreams and apparitions thrusts Walter into a nightmarish world where the lines of good and evil are discernible.

When applying justice, he finds right and wrong interchangeable; body count is his only measure of success.

Special invitation from Audible!
Learn more about Membership
List Price: $24.95
You Save: $3.12 (13%)
By completing your purchase, you agree to Audible’s Conditions Of Use
Sold and delivered by Audible, an Amazon company

Korey Ferguson
5.0 out of 5 stars Perfect Read!
Reviewed in the United States on August 19, 2013
Verified Purchase
The excitement detailed in this novel from the eyes of a vigilante activists by way of a single member death squad is invigorating!

The subject used his talents and lives as a recluse for the good of mankind and carries out the task of an avenger against criminals who torture and ruin the lives of defenseless others.

Couple that with the fact that his efforts are noticed by the "Palatini" a society developed for the same purpose and the impending release of a second novel. I can say I will be following and reading Lyle O'Conners work for what I see to be a very successful future.
Read more
3 people found this helpful
Helpful
Report abuse

Korey Ferguson
5.0 out of 5 stars Five Stars
Reviewed in the United States on October 29, 2014
Verified Purchase
This is the greatest vigilante justice series I have ever read. As a former law enforcement officer and current investigator who studies forensic psychology, this series hits every mark on the entertainment scale you can imagine. I highly recommend you read them all.
Read more
One person found this helpful
Helpful
Report abuse

larry powell
5.0 out of 5 stars I liked it.
Reviewed in the United States on July 10, 2017
Verified Purchase
When justice fails Walter takes over, I liked it.
Read more
Helpful
Report abuse

Joe Garner
5.0 out of 5 stars awesome!
Reviewed in the United States on July 6, 2014
Verified Purchase
I want more Lyle! Keep up the great work, I can't wait to see what Walter does next! Must read more!
Read more
Helpful
Report abuse

Marv
4.0 out of 5 stars Due Process
Reviewed in the United States on September 10, 2013
I understand this is the first book written by Mr. O'Conner. That being said, I must say this book was very well written. The first four chapters set up the remainder of the book and was necessary, though I thought it was a bit boring with the details. As I progressed through the book, I found that the details were necessary to explain the "Hero's" thought process and his moral compass. Being an ex-police officer, I found it unusual to be rooting for the "bad guy". The way Mr. O'Connor ended the book, left little doubt the "Hero" would be back and I am anxiously awaiting his return.
Read more
Helpful
Report abuse

Alaskaman50
5.0 out of 5 stars Read this book, can't help but root for the vigilante.
Reviewed in the United States on September 28, 2018
For a totally different read, I chose to start book 1 "Due Process" had me intrigued by the role of a vigilante. Taking justice in his own ways, Walter gets down to business. Mr. O'Connor's writing and storytelling kept me turning page after page. Ready for book 2 "Lawless Measures"
Read more
Helpful
Report abuse

DB Cooper
4.0 out of 5 stars Due Process exposes the criminal trafficking of underage girls for sex.
Reviewed in the United States on January 13, 2014
Lyle O’Conner’s Walter Eloy Goe is to the sex-slave trade as Mickey Spillane’s Mike Hammer was to the mafia. Only the game has changed—the players remain the same. Hammer, for the most part, stayed within the law when meting out justice. Walter plays by only one rule—there are no rules.
DB Cooper aka Walter Grant
Read more
Helpful
Report abuse
See all reviews