Share
Flip to back Flip to front
Listen Playing... Paused   You're listening to a sample of the Audible audio edition.
Learn more
See this image 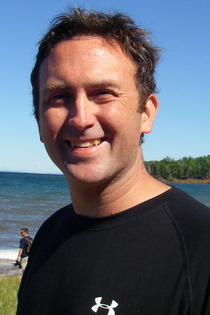 Matt Forbeck is an award-winning bestselling author and game designer who has been playing Dungeons & Dragons since the age of thirteen. He currently resides in Wisconsin.

Gildart Jackson is a professional actor with experience on stage, screen, and behind the mic. Best known for his role as Gideon on Charmed, he has narrated more than seventy audiobooks and has appeared on Providence, General Hospital, Stargate: Atlantis, Las Vegas, and CSI as well as in The Seagull, My Fair Lady, and Private Eyes at the Old Globe.

Katherine Littrell is a Sydney-based audiobook narrator who studied English literature at Bryn Mawr College. She has lived in the United States and the U.K. but is glad to be back home in Australia, where she enjoys knitting, making furniture, and talking out loud to herself in small spaces.

4.4 out of 5 stars
4.4 out of 5
66 customer ratings
How does Amazon calculate star ratings?
Amazon calculates a product’s star ratings based on a machine learned model instead of a raw data average. The model takes into account factors including the age of a rating, whether the ratings are from verified purchasers, and factors that establish reviewer trustworthiness.

Dale R.Top Contributor: Action Figures
5.0 out of 5 stars Choose Your Fate!
Reviewed in the United States on September 24, 2018
Verified Purchase
I bought this for my 12-year old daughter, who I recently introduced to Dungeons & Dragons. She loved the book, and enjoyed the adventure within the Forgotten Realms. I think these are books are cleverly written, and should pique the interest of any reader wanting to do some solo D&D as a quick read. I plan to collect the series.
Read more
5 people found this helpful
Helpful
Comment Report abuse

Frank
1.0 out of 5 stars Terrible Book
Reviewed in the United States on January 5, 2020
Verified Purchase
This book is terrible. Every thing ends in death. It lacks imagination and is not written very well. I would not recommend this for any kid nor any adult for that matter. Not at all as described and not at all what I expected.
Read more
2 people found this helpful
Helpful
Comment Report abuse

Wilfred Tan
3.0 out of 5 stars Ends too fast
Reviewed in the United States on July 24, 2019
Verified Purchase
The books are ok. My 6 and 9 year old grew bored of them as they tended to end too fast. There is little development and connection made as explained by my 9 year old. Its exciting for the first two reads and then that's it.
Read more
3 people found this helpful
Helpful
Comment Report abuse

Ronald S
5.0 out of 5 stars Entertaining for all Ages!
Reviewed in the United States on February 23, 2020
Verified Purchase
I’m 5O.
I recently got-into D&D board games.
I usually read non-fiction...history and science.
But these books are wonderful, light reading!
I love the concept of “taking the story” where you want too...with the D&D themes!
Mr. Forbeck...please write more of theses books!
Read more
One person found this helpful
Helpful
Comment Report abuse

Kirk W.
5.0 out of 5 stars Very entertaining!
Reviewed in the United States on July 12, 2019
Verified Purchase
My son has read this book and explored the different choices and really enjoyed the story! The wizard getting attacked by Hill Giants...great idea.
Read more
Helpful
Comment Report abuse

christopher linscomb
5.0 out of 5 stars Great for kids and adults
Reviewed in the United States on October 6, 2018
Verified Purchase
My wife loves the book.
Read more
One person found this helpful
Helpful
Comment Report abuse

Amazon Customer
5.0 out of 5 stars love these books
Reviewed in the United States on November 28, 2018
Verified Purchase
so fun to read alone or with friends/family.
Read more
Helpful
Comment Report abuse
See all reviews from the United States

Tetsugaku-San
5.0 out of 5 stars Great for kids and to interest them
Reviewed in the United Kingdom on March 29, 2019
Verified Purchase
Excellent book. My kids, m/f 6/8 both love it and read it to me and on their own. Best thing about it is that there are consequences to every action, there’s no 100% happy ending, much more like real life :)
Read more
Helpful
Sending feedback...
Thank you for your feedback.
Sorry, we failed to record your vote. Please try again
Report abuse

Arikelpt
1.0 out of 5 stars A far cry from the old Endless Quest book from the 80s.
Reviewed in Spain on February 25, 2019
Verified Purchase
While the old books (many of them written by Rose Estes) were not candidates to the Literature Nobel Prize, at least they were enjoyable, had nice stories and were a great introduction to the world of D&D.
These new game books are completely different. They simply seem advertising material to specific D&D Campaigns and they really don't provide a good experience by themselves.

While some of them seem to follow the story of their campaign counterparts, using the same places and characters (Like the Fighter book) other are more loosely based on the setting (Like the Rogue Book).

The Good
Setting of D&D 5.0
Great quality of the physical book with great artwork (although mostly from the Players Handbook)
Your character is given a great background story and you feel involved with him.
It's like playing the respective D&D 5.0 campaigns while the good starting feeling lasts.

The Bad
The choices given are illogical.
Some of the wiser choices lead to an unexpected sudden death (that strangely has nothing to do with choice you just made) and some of the most silly choices are the ones that lead the book forward.
Usually the most selfish and suicidal options are, for reasons i don't understand, what the author decided that were the "correct choices". Also trying to help any character or doing the Lawful Good decision, usually leads to failure.
All this regarding game decisions (which are the essence of a game book), seems too much random.

The writing at times is lackluster and resolves a previous hard situation in a single paragraph.
You are Lost in the woods? A mighty ally come out of the sky and takes you to an yet unheard powerful adviser, that puts you back on the right track. All this in two paragraphs....

My opinion of the Books ranked from best to worst;
- Fighter - Nothing really bad here. Quite enjoyable to whoever played Rage of Demons.
- Rogue - Some of the early choices give the best endings but all feels a bit forced on the player.
- Cleric - While it has a few good parts, mostly is bad and suspension of disbelief breaking material.
- Mage - The plot is terrible and at outcomes for your character decisions feel completely random and arbitrary.
Read more
Helpful
Sending feedback...
Thank you for your feedback.
Sorry, we failed to record your vote. Please try again
Report abuse

Paco G. Jaen
5.0 out of 5 stars A fantastic new adition to the Endless Quest books
Reviewed in Spain on July 19, 2019
Verified Purchase
There is little I haven't enjoyed from these books. The production is excellent, the writing is very, very good, the art direction is gorgeous...

daniel lamoureux
3.0 out of 5 stars Not bad but..
Reviewed in Canada on March 11, 2019
Verified Purchase
The story is intersting but really too short! Even when i go back to make another choice thé book is not long enough. Could have been more longer
Read more
Helpful
Sending feedback...
Thank you for your feedback.
Sorry, we failed to record your vote. Please try again
Report abuse

Susanna M.
2.0 out of 5 stars Disappointing
Reviewed in Germany on November 30, 2019
Verified Purchase
disappinting and boring story. Most ending are really depressing and might be a bit harsh for some kids.
Read more
Helpful
Sending feedback...
Thank you for your feedback.
Sorry, we failed to record your vote. Please try again
Report abuse

Brian J Wallbank
5.0 out of 5 stars Hooray, a choose your own adventure book!
Reviewed in Canada on September 29, 2018
Verified Purchase
If you like a choose your own adventure story, this is a book for you.
Highly recommend the entire series.
Read more
Helpful
Sending feedback...
Thank you for your feedback.
Sorry, we failed to record your vote. Please try again
Report abuse