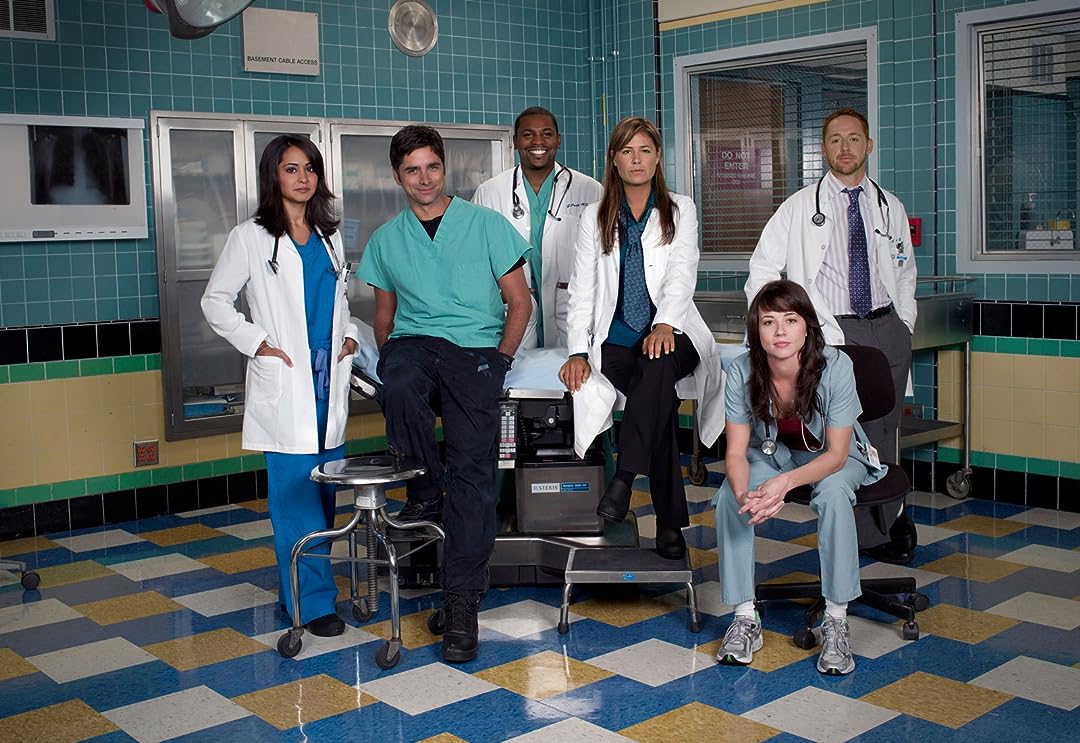 (593)
7.82008NR
Season 14 brings more conflict and drama as the new Acting Chief faces off against his staff. And as Abby descends into alcoholism, only the return of Luka offers hope of redemption. Alongside stars Mekhi Phifer, Parminder Nagra, John Stamos, Linda Cardellini and Scott Grimes, this season also features notable guest stars including Steve Buscemi and the return of Gloria Reuben as Jeanie Boulet.

Kindle CustomerReviewed in the United States on August 27, 2017
2.0 out of 5 stars
The show goes bigly insane before going home
Verified purchase
In a Very Bad Economy, our intrepid healing heroes turn the ridiculousness up to 11. With Kovac in Croatia to help his dying father, Abby snaps and re-starts drinking alcoholically. Boy are her beer goggles thick, because she hops right into bed with Terrible New Boss Stanley Tucci. I guess she's really turned on by all the efficient processes he's implementing, like stationing a doctor in the waiting room to make sure none of the sleeping drunks are bleeding into their brains. Abby is too busy being awkward & guilty to clue Tucci in to his son's apparent bipolar disorder. He soon drops everything to go help that son. It's unclear whether the ER keeps his new rules in place.

Abby & Kovac's baby, Joe, cries A LOT. Possibly he's just an empath, since he cries loudest with Neela, who's getting over losing two almost-boyfriends and healing from being trampled at a Grant Park rally. She's soon well enough to get overly attached to her patients, and overly flustered by her mouth-breathing teenage intern. Samantha goes back to her natural hair color, starts sewing the wild oats she missed as a teen mom, and mostly ignores or forgets about her troubled son at boarding school.

Gates gets banished to (work in) the ICU and comes back a changed man who does everything right. He has to use his powers for good, now that every other man on staff is a jerk. He gets Sara back from her grandparents, who suddenly realize they're too old to raise a teenager AND fight Gates for her custody. Morris fails all over the place, but he fits in well with the parade of insane patients. Pratt becomes a Grown Man and a real doctor, but he's mostly the same shambling grouch he's always been.

The show wants very badly for us to learn Valuable Lessons, but it also wants us to laugh, and it fails to reconcile the two, so we're mostly just horrified. This award-winning television has devolved into a variety show that needs a laugh track.

KHowardReviewed in the United States on April 6, 2020
1.0 out of 5 stars
Long-time favorite show, but...
Verified purchase
By this season, my one-time favorite TV show has fallen into disrepair. What a letdown. It seems like the writers have given up, and are simply throwing whatever they can at the wall to see what sticks, to keep the show going. And little does. I stopped watching after Episode 5 or 6. Very much a waste of time. I believe Season 13 was the last believable (barely) season. ER was remarkably, award-worthy, good for many years, but all good things must end.
2 people found this helpful

B. MaroldReviewed in the United States on January 25, 2014
5.0 out of 5 stars
Almost the last season. Saved by the strike.
Verified purchase
As other reviewers suggested, it's remarkable how an ER season can be made or broken by good guest appearances. This is a shortened season, cut to 19 episodes by the writer's strike. The first nine episodes are dominated by the guest appearance of Stanley Tucci as the new head of the ER, having been transferred from intensive care. In episode 9, Skye Wexler, another major guest star, takes over as temporary head of emergency medicine, and Dr. Pratt considers leaving County General.

After Tucci, the most important non-lead role is Leland Orser as Dr. Lucien Dubenko as chief of surgery. His presence is usually the only thing which makes Parminder Nagra's role as Dr. Neela Rasgotra interesting. She is one of the very few major characters who, for me, tend to add to the mix of characters and plot.

Goran Visnjic and Maura Tierney are still the leads, but their roles are less important to the main action. The addition of David Lyons as Dr. Simon Brenner spices things up around episode 14.

John Stamos' role grows in importance. But the biggest change with lead characters is Dr. Archie Morris' becoming a far more serious doctor, comparable to Pratt and Kovac as the ER's best attendings, even if, sometimes, he still appears to be a klutz.

Near the end of the season, Hal Holbrook appears as a guest. That is always a treat.

One of my constant aggravations on ER is that whenever one of the doctors or nurses shout's "Call Security", it seems as if Security never arrives, until the doctors, nurses, and clerks have already subdued the disturbance. One would think that the ER is one place where two security guards would be posted on a 24 hour basis. This season has just such an episode. It seems as if most in hospital scuffles could be put down in a few seconds if the guards were a few steps away.

The last episode of the season ends with a great cliff-hanger, and an appearance by one of my favorite actors, Steve Buscemi.
One person found this helpful

jodi l zehntnerReviewed in the United States on August 15, 2019
1.0 out of 5 stars
Wrong Movie!!!
Verified purchase
I got this and didn't open it for a couple months as I was working my way through the series. I was sooooo angry when I opened this one and found it had a movie called "The Big Sick" in it and nothing to do with ER. They had stuffed this movie into a ER case cover! Way to reuse a cover for a movie that I was not interested in!!

Yi ChiehReviewed in the United States on December 28, 2013
1.0 out of 5 stars
ER season 14 and 15 (best avoided)
Verified purchase
ER has been the "as-real-as-you-can-get" series on what really happening in the emergency room. As a RN, I have experienced the trauma and thrills of working in ER myself, which is why this series is a "almost" spot on.

However, the sad news is Season 14 and 15 is by far the worse of the lot because there is lots of "sex" and "skin" showing in this series. From what's found in the internet, the writers decided to change the storyline approach and approach it like "Grey's Anatomy" (another hit tv series) instead. This severely put off the realness and seriousness of the series.

If you really love ER for what it almost truly represents then my advice is stay away from these last 2 seasons, they're not worth buying nor watching. I found myself reading a book while letting the episodes run.
9 people found this helpful

Janice L.Reviewed in the United States on November 28, 2017
3.0 out of 5 stars
Wouldn't play in DVD player
Verified purchase
I have no issue with the show...have always liked it. But this boxed set would not play in my DVD player...only in my computer. I've not had a problem with any other DVD set playing in the player, and all my others still work, but not this set. Not sure if it wasn't encoded properly or what, but very disappointing to have to hook my laptop to the TV and watch it that way.
One person found this helpful

mamaromeReviewed in the United States on July 16, 2021
5.0 out of 5 stars
just got it complete my collection
Verified purchase
saw a smattering of e.ps...not really involved with the characters.
See all reviews
Back to top
Get to Know Us
Make Money with Us
Amazon Payment Products
Let Us Help You
EnglishChoose a language for shopping. United StatesChoose a country/region for shopping.
© 1996-2021, Amazon.com, Inc. or its affiliates