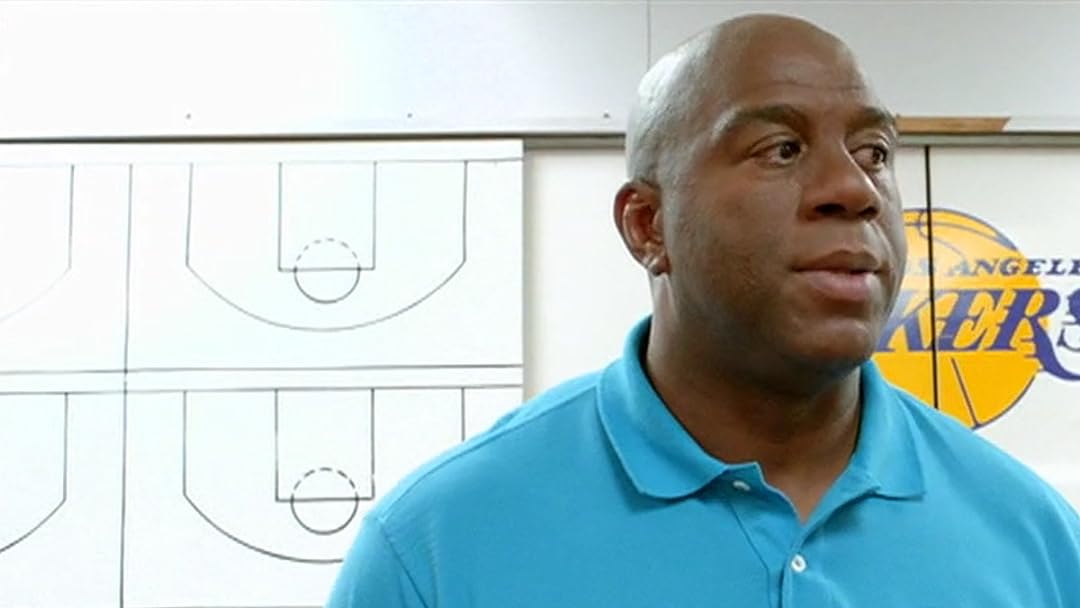 (515)
7.32015ALL
From the producers of the Emmy-nominated and Peabody-Award winning 30 for 30 series, ESPN Films creates exceptional sports stories from some of today's finest filmmakers.

Eric MayforthReviewed in the United States on June 14, 2020
5.0 out of 5 stars
The Bad Boys Hammer Out Two Titles in a Competitive Era
Verified purchase
The late Eighties and early Nineties were an extremely competitive era in the NBA. It was a time before the full watering down of the league, and a team had to be truly great to win the title then. The Detroit Pistons were such a team in 1989 and 1990, and this episode of ESPN's "30 for 30" looks back at the Pistons' brief but brilliant run. The Pistons drafted Isiah Thomas in 1981, and this episode recalls GM Jack McCloskey's building of the team and the addition of players around Thomas, as well as the hiring of legendary coach Chuck Daly.

The Pistons suffered brutal losses to the Celtics in the 1987 Eastern Conference Finals and to the Lakers in the 1988 NBA Finals, but after a key trade, Detroit broke through in 1989 and defended their crown in 1990. Their run ended in 1991 at the hands of the Bulls and the team broke up afterward, but the Pistons of that era were a truly memorable team, and this is yet another great "30 for 30" episode. This DVD is rounded out with a bonus feature—Isiah Thomas, Doug Collins, Jalen Rose, and Bill Simmons discuss the Pistons of that era.

Ariel FloresReviewed in the United States on March 2, 2016
5.0 out of 5 stars
I hated Duke and wanted Michigan to crush them
Verified purchase
I grew up in the early 90's watching my beloved Lakers beginning to deteriorate. This was also the time I began listening to rap and hip-hop. And then the Wolverines show up and they were the team to watch. My friends and I entered into the Hoop-it-up basketball tournament in 92 and we were the 7th team to be named with some form of the Fab Five (We were the Fab 5ive). I hated Duke and wanted Michigan to crush them.Watching this documentary and seeing Chris Webber call the timeout was heartbreaking to watch again...not to mention laugh when he wasn't called for travelling. At the same time I was glad for George Lynch to be drafted by the Lakers.

Overall, good documentary. What a blast of nostalgia, especially seeing Juwon do the Cabbage Patch!

Tieuel LegacyReviewed in the United States on February 17, 2015
5.0 out of 5 stars
Don't Like Them?
Verified purchase
Outside of Michigan, hoop fans might not have liked them but everyone had to respect them. This documentary makes the Bad Boys human during a time when they were the team to beat. Not only does the director provide the story of their power, they show their humble beginnings and endings. Detroit citizens should be proud of this. As a bonus that many 30 for 30 films don't have, they included the Grantland Remix with Isaiah and Coach Collins. You MUST watch it.
6 people found this helpful

amazon customerReviewed in the United States on November 12, 2019
5.0 out of 5 stars
There's never been another team like them!
Verified purchase
The bad boys changed the game of basketball...and rules had to be changed because of them. Great documentary for those who want to relive those days and for those who are younger basketball fans. I bought this as a gift for my son and he references it a lot.

MitzMitziReviewed in the United States on January 3, 2018
5.0 out of 5 stars
and married the love of his life
Verified purchase
This is based on the true story of Dewey Bozella, an innocent man thrown in jail for a crime he didn't commit. While in jail, he learned to become a boxer, got his high school diploma and his master's degree, and married the love of his life. He spent 26 years in jail, but decided to forgive everyone who put him there and move forward in his new boxing career. For teachers, this is a spectacular program to pair with the book The Other Wes Moore. The kids love watching it and I never get sick of seeing it several times a year each year.
One person found this helpful

karenReviewed in the United States on December 12, 2016
5.0 out of 5 stars
Excellent series of sports documentaries covering a wide range of topics
Verified purchase
I'm giving this a 5-star review for "Roll Tide / War Eagle" alone, which is one of the best SEC Storied (or 30 for 30) films ever. It's a favorite of mine as an SEC football fanatic; though I'm neither a Bama nor Auburn fan. That film should be mandatory viewing for any college football fan or casual observer, especially for those who are outside the SEC! Other great films in this series include: "The Believer;" "The Book of Manning" which really changed my opinion on the Manning family; "The Announcement;" and "The Play that Changed College Football." The documentary "Unguarded" is one of the most compelling films I've seen about the impact of addiction and is absolutely worth the $5! Don't miss it.

Nancy MitchellReviewed in the United States on April 20, 2015
5.0 out of 5 stars
Love These and I'm No Sports Fan
Verified purchase
I never watch sporting events but love ESPN films. Their stories are neatly packaged and well-done as they show the universal but unique struggles of athletes. My favorites are those of sports figures who aren't household names -- the ones who've struggled with injuries or addictions -- and never lived up to the hype. These are the individuals who've had lives of tremendous high and lows but keep going. My favorite portraits include Renee Richards, Marinovich Project, and Unguarded. These films definitely transcend sports.
See all reviews
Back to top
Get to Know Us
Make Money with Us
Amazon Payment Products
Let Us Help You
EnglishChoose a language for shopping. United StatesChoose a country/region for shopping.
© 1996-2021, Amazon.com, Inc. or its affiliates