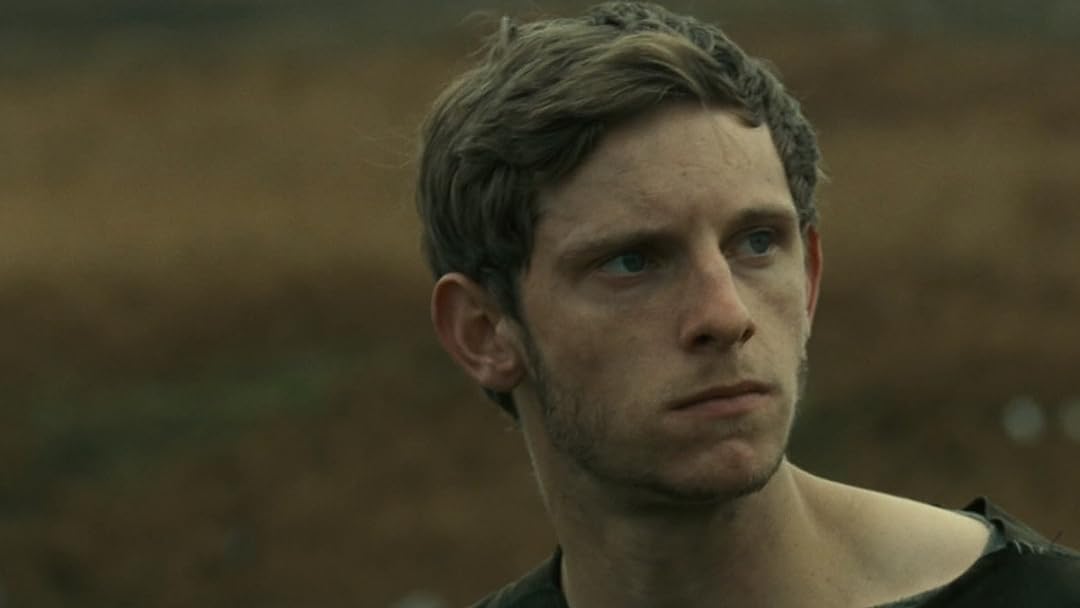 James WilmothReviewed in the United States on September 16, 2018
5.0 out of 5 stars
Great movie for men and their sons!
Verified purchase
This movie was pure honor, fighting, courage, faithfulness, etc. - all great virtues lost on so many males nowadays. There is no female counterpart in this movie, but I think that is by design. This movie is for men and their sons! Hopefully after watching it sons will be doing what we did growing up--sword fighting with sticks and doing battle in backyards and trees. And hopefully men will teach their sons to never give up and be faithful to your vows.
24 people found this helpful

Rev. Donna M. SwindellsReviewed in the United States on January 22, 2017
5.0 out of 5 stars
A perfect movie for a family night together
Verified purchase
I have watched this movie with family members, so I would recommend it for a family movie night.
Sadly, I haven't seen it on T.V. lately so I ordered it for future viewing,
Since then, I have shared it with friends. It is a great drama, depicting mighty Rome
and one of its officers in particular. His father was a Commander in the Roman legion, who
sadly loss the symbol of Rome, the golden eagle. His son join the legion and tries to restore
his family's honor.
Along the way, an injury seems to put a stop to his plans. Healing from his wounds, he has
mercy on a slave who will not fight with a gladiator in the arena. From there, a great adventure
begins.
Have a movie night, sit back & enjoy the journey of a soldier & a slave who are bound
by friendship & survival. Enjoy.

Charles van BurenReviewed in the United States on September 24, 2018
4.0 out of 5 stars
Not great but pretty good
Verified purchase
This review is of the PG13 rated Focus Features release of THE EAGLE. Note that Amazon has combined the reviews of this release with the unrated version released by NBCU (though in small print, the NBCU release is labeled PG13 despite the very large print proclaiming it to be unrated.). In the Focus Features release which I streamed via Amazon Prime, I did not see some of the violence described by some reviewers.

It has been some years since I read Rosemary Sutcliff's juvenile novel, THE EAGLE OF THE NINTH, but it seems to me that the movie follows the novel fairly closely but as usual with movies, there is not an exact match. For instance, I seem to recall that Esca was a freed slave when the journey north of Hadrian's Wall began.

This is not a great movie but it is pretty good. Especially for those of us who have had a lifelong interest in Rosemary Sutcliff's writing and the mystery of the ninth legion. Did it really physically disappear from history?
4 people found this helpful

Isis McReviewed in the United States on November 29, 2018
4.0 out of 5 stars
Positive movies are a positive experience.
Verified purchase
Whether this story is a fiction (come from the novel) or factual, the story of the journey of a courageous, determined and faithful son to unveil the grand mystery of the 9th legion disappearance and the loss of the Roman Eagle is very inspirational. Honor, pride, will, courage and many other virtues are the cornerstone of this film, perhaps of ancient history.
Perhaps this is not an epic movie, but a simple one, basically ingrained into the narrative of an ancient unresolved episode of Roman history. An episode that represented an embarrassment to the empire but many folds more important, an unresolved mystery. This film is very well executed on all ends. I enjoyed it for a second time. I recommend it.

joel wingReviewed in the United States on August 19, 2020
3.0 out of 5 stars
Roman wants to restore honor and finds a British friend as well
Verified purchase
The Eagle is a historical action movie based upon the Roman occupation of Britain. The story is about redemption for Roman commander Marcus Flavius Aquila (Channing Tatum). He chose to be appointed to lead an outpost in Britain after his father lost an entire legion. He wants to reclaim his family’s name and honor. What’s interesting about the film is that the middle of it is all about the British when most would just stick to the Romans. A British tribe is featured along with their language. In the end the movie turns out to not only be about honor but friendship as well.

Noatak GirlReviewed in the United States on October 17, 2021
4.0 out of 5 stars
Based on Rosemary Sutcliff's Book Eagle of the Ninth
Verified purchase
Rosemary Sutcliff had an interesting story and mainly wrote for middle school age and teens with some adult novels. Though the movie makes some changes from Sutcliff's book, it maintains the overall themes of the book. If you have read the book, if provides a little more background where the movie fell short on explaining some of the details. She wrote an excellent series with at least 2 more books following subsequent generations of Aquila's family in Britain as they change from Roman to Britain to Anglo-Saxon. First as the invaders and then suffering from the subsequent invasions. A look at history that everyone should consider. Would love to see those books made as movies also.

C. CollinsReviewed in the United States on April 3, 2013
4.0 out of 5 stars
Adventure story around the Roman occupation of Britain.
Verified purchase
It is sometimes hard to imagine that the Romans occupied Britain from around 34 BC until 410 AD. This film takes place around the year 100 AD when there were multiple wild tribes, many of Celtic ancestry, surrounding the isle of civilization that the Romans brought to the British island. It is correct to say British when referring to the island during this period. It is not until the Anglo-Saxon invasions and occupation that the term England began to be applied. Anyway, back to the review, this is the story of a young Roman officer assigned to the British island at his own request to explore, discover, the facts around his father's disappearance along with the Roman Ninth Legion which his father led. One nice touch in the movie is the contrast between the Mediterranean style villas and gardens as compared to the animal skin huts of the wild tribes. The Romans brought written language, law, procedures, and a host of other technologies that helped them subdue the British wilderness. The story is a fairly predictable tale of adventure, of conflicts and misunderstandings revolved, of escape from danger and setting the world right again. It is an adventure tale and in my opinion was pretty well told. The primeval forests and rocky coasts of Britain are beautifully photographed. Roman soldiers who served for 12 years were given a farm in a conquered nation and the rough soldiers certainly earn their living when stationed on the outskirts of the Empire in Britain.

Channing Tatum does a respectable job of acting in the film as does Jamie Bell. Channing Tatum, as Marcus Flavius Aquila, is the son of the commanding officer of the Ninth Legion who crossed Hadrian's Wall and entered the depths of wild Caledonia. Aquila shows considerable leadership skills and bravery, is given honors and an honorable discharge, but then decides to stay in Britain to solve the mystery of the missing legion and the fate of his father, whose reputation has been disgraced by the disappearance of a full legion of men. The film is also about the relationship between Centurion Aquila and his Celtic slave, Esca, played by Jaime Bell. Together they cross Hadrian's wall and enter the wilderness north of the Roman territories.

The film is successful because it is not overly ambitious. There is a story to tell, characters to be developed, and this it does with realistic depictions of hand to hand warfare and the dirty living conditions of life at this time. Neither the Romans nor Celts are depicted as evil, just men in conflict with men, occupiers against the occupied.

Donald Sutherland plays the uncle of Aquila with wit and humor. The striking Tahar Rahim plays the son of the tribal chief of the Seal People who play a major role in the issue of whether the Roman Ninth Legion regains its honor.

I found this film to be good solid entertainment about a fascinating time in British history.
23 people found this helpful

TigerlillyReviewed in the United States on September 22, 2018
2.0 out of 5 stars
Channing Tatum and Jamie Bell, what the h***?
Verified purchase
Starts out with interesting characters and dynamics, then meanders through a second act which is supremely boring and slow moving. The plot is predictable, the dialogue is flat, there is zero sense of humor or life, the main character just plods along, anything that could have been interesting in this story is passed by, and of course there are the obligatory fight scenes. I was glad when it was over. A rare wrong turn by Channing Tatum and Jamie Bell.
One person found this helpful
See all reviews
Back to top
Get to Know Us
Make Money with Us
Amazon Payment Products
Let Us Help You
EnglishChoose a language for shopping. United StatesChoose a country/region for shopping.
© 1996-2021, Amazon.com, Inc. or its affiliates