You've subscribed to Order of the Broken Blade! We will preorder your items within 24 hours of when they become available. When new books are released, we'll charge your default payment method for the lowest price available during the pre-order period.
Update your device or payment method, cancel individual pre-orders or your subscription at
Your Memberships & Subscriptions
There was an error. We were unable to process your subscription due to an error. Please refresh and try again. 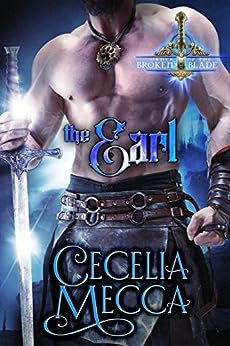 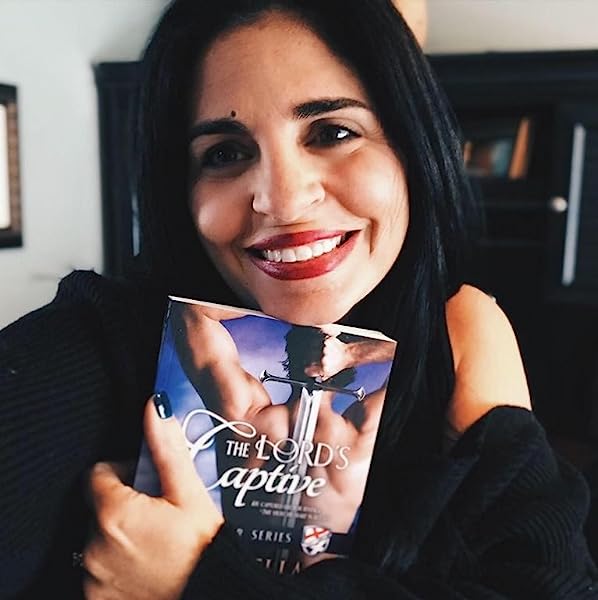 The Earl: A Medieval Romance (Order of the Broken Blade Book 4) Kindle Edition 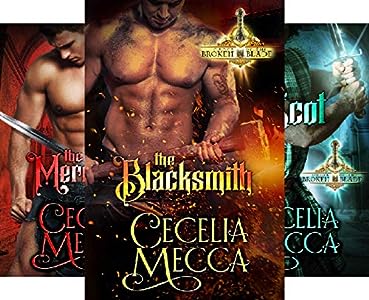 ★★★★★ "This is a powerful story, and I loved every single word."
★★★★★ "This was a fabulous book and a perfect conclusion to the series!"
★★★★★ "A truly captivating story of romance, trust and loyalty at its best!"

4.8 out of 5 stars
4.8 out of 5
126 global ratings
How are ratings calculated?
To calculate the overall star rating and percentage breakdown by star, we don’t use a simple average. Instead, our system considers things like how recent a review is and if the reviewer bought the item on Amazon. It also analyzes reviews to verify trustworthiness.
Top reviews

Jane B. Phelps
3.0 out of 5 stars The Earl
Reviewed in the United States on January 8, 2020
Verified Purchase
The series has a good plot and a historical background but except for the sex it is poorly developed. What was the rift between Guy and his father? Did Terric bequeath one of his titles to Rory? The Barons waited to take London....Oh, now the town is theirs. She tells what was planned and then the result but none of the event. Her proofreader is abysmal; many typos, wrong names and misuse of the masculine pronouns so the reader must reread a section to figure out which character she is referring to.
Read more
4 people found this helpful
Helpful
Report abuse

Kat Tolle
5.0 out of 5 stars FABULOUS!!!!!
Reviewed in the United States on January 14, 2020
Verified Purchase
OH how I just loved Conrad and Cait’s story!!! The Earl by Cecelia Mecca is book 4 in the Order of the Broken Blade series and what a series this has been. This medieval story is one of the best I have read. Cecelia has such an amazing writing talent and her stories are just so original that I can not say enough about them and The Earl does not disappoint. You fall in just love with her characters. Though in a series you can read The Earl as a standalone but I highly recommend you read the whole series to get the full story… you won’t be disappointed that you did. This is truly Cecelia Mecca at her best. This story has an attempted rape, a brotherhood, new friendships, protection, confused emotions, heartbreak, misunderstandings, a stand against a cruel king, a long time love affair, secrets, schemes and a second chance at love. You must read this book and series. It’s the best!!

***This book was gifted to me and I am voluntarily reviewing.
Read more
3 people found this helpful
Helpful
Report abuse

LDC1215
4.0 out of 5 stars The Brave Earl
Reviewed in the United States on January 11, 2020
Verified Purchase
As a big fan of Ms. Mecca's, I am conflicted with this review. First of all, I want to say I loved all three of the books in this series but this one was not what I expected. Yes, it completed the series and it had the love story between Conrad and Cait that we had been waiting to read BUT it left a lot unsaid and unresolved which was disappointing and not at all like her. I like the synopsis by Ms. Pridie and therefore I will not repeat what is already known but I agree with Ms. Phelps in that the story is incomplete and the editing is not up to par. It is a still a lovely story between the two lost lovers and I really liked how that transpired but the actual battle, the unresolved issues with Guy and his father, Rory's fate, etc., those parts were just as important and should have not been left to our imagination. That being said, I am forced to give this a 3 3/4 stars which I regret. Cecelia, talk to your editor as she really let you down, a shame.
Read more
2 people found this helpful
Helpful
Report abuse

Shannon L.
5.0 out of 5 stars Excellent Book! Awesome Series!!
Reviewed in the United States on January 8, 2020
Verified Purchase
This is the final installment in the series The Order of the Broken Blade. Each of these books is a great story and every time the next is even better than the previous. Even knowing this is only a 4 book series, I didn’t want it to end. The loyalty, bravery, brotherhood and love these characters share is the constant throughout the series. All of the books are well written, engaging stories that will keep you turning the pages. If this is your first look at the series, do yourself a favor and start with the Blacksmith and work your way to this final book.
Read more
2 people found this helpful
Helpful
Report abuse

Judy
5.0 out of 5 stars The Earl is a Great Read
Reviewed in the United States on January 13, 2020
Verified Purchase
I loved Conrad and Cate’s story! The Earl really brought together all the loose pieces in the Broken Blade Series and was a perfect ending to this trio. The relationship between Conrad and Cate was full of tension at times but through it all the affection between the two could not be denied. This is definitely a story that I’ll read again.
Read more
2 people found this helpful
Helpful
Report abuse

Marcy G.
5.0 out of 5 stars True Love Can Last
Reviewed in the United States on January 10, 2020
Verified Purchase
This was the final story of The Order of The Broken Blade series.
Conrad and Cait had a connection and was an important part of this
series. This book wrapped up the final questions and was a really great
addition.
This series was so good I can’t wait read again.
Read more
2 people found this helpful
Helpful
Report abuse

Kindle Customer
4.0 out of 5 stars The Earl
Reviewed in the United States on January 28, 2020
Verified Purchase
If you enjoy romance and knights with a crusade oh the Heart. Pick up Cecelia Mecca novels and fall in love with tales of man of old. Whom seem to worship there woman. An a woman did the same towards there strong knightly.
Read more
Helpful
Report abuse

Kindle Customer
5.0 out of 5 stars The Earl
Reviewed in the United States on July 31, 2020
Verified Purchase
Cecelia Mecca has written another outstanding story in the series of the Broken Blade. I enjoyed this book very much and I would recommend it to anyone.
Read more
Helpful
Report abuse
See all reviews

Tibbins
5.0 out of 5 stars Self-recrimination, Fervour And Kinship
Reviewed in the United Kingdom on April 24, 2021
Verified Purchase
Conrad St Clair, Earl of Licheford met Cait, his friend Terrics sister, 14 years previously when they were 15 years old. He wielded the sword that killed a man who was attacking her, and bears a scar on his face from the fight. Although they never met again, they secretly corresponded, but her letters suddenly stopped with no explanation. They opened their hearts so easily in their correspondence but following Caits sudden appearance at his home, they find it difficult to talk face to face.
Conrads attention is mainly focused on the rebellion planned by the Order of the Broken Blade - he was after all the instigator of the rebellion and no progress is being made on the list of demands presented to the king. So the 4 friends decide they have waited long enough and will, hopefully peacefully, take London. They set out to arrive at the capital from 4 different directions, collecting their powerful supporters along the way. Conrad sets off with 50 knights and, without his knowledge, Cait joins his retinue, determined to make him discuss the past. And so their second chance begins. On their journey they encounter setbacks which could endanger the orders plans.
Here we have the 4th book and find that our heroes are now at the sharp end of their endeavour. They mean to invade the capital and force the king to take their demands seriously. Will they be able to achieve this? Will they gain a peaceable entry to London, or will a battle ensue. As the founders of the order, they are committing treason with every effort to force John to capitulate to their demands, will they escape arrest, will their lives be spared? Will Cait find she can at last lay the past to rest and show her true feelings for Conrad.
This narrative has been filled with intensity, fervour and kinship and I have loved it from the very start. I now look forward to learning more about Rory Kennaugh in book 5.
Read more
Report abuse
See all reviews