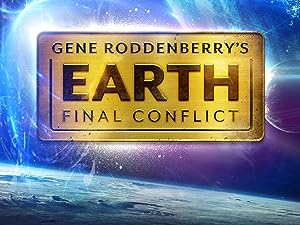 (154)
6.31999TV-PG
They are the Companions. Aliens come to Earth on a mission of peace. Their true mission, the secrets they hide, forever alter humanity. Caught in the struggle between these Taelon Companions and the Human Resistance is Liam Kincaid. A man who is more than human. The mysteries of his past hold the key to Earth's future and the fate of mankind.

MRNotReviewed in the United States on September 11, 2015
3.0 out of 5 stars
Took me long enough to get around to it..
Verified purchase
I shouldn't dock it a whole star for not having surround or captioning, but I'm gonna.. Otherwise, this was even better than season 1. The FX improved enough to be notable. The story ideas are interesting. It's a neat idea, and I enjoyed it when it was new. It's still fun, but in retrospect, I can see some limitations in the direction. Might be hard to go back to if you didn't watch this when it was actually on air.

Specific to the version I acquired: Kind of annoyed that this (Canadian release) version had no subtitles. Audio channel is kind of quiet relative to other DVDs/Blu Rays I have also. Neither of these are deal-breakers, but just be aware.

TomReviewed in the United States on August 12, 2011
5.0 out of 5 stars
Finaly on DVD
Verified purchase
I'm not going to review the show. I'm my opinion you either love the show or don't, and if you are purchasing the DVD sets you probably are like me and love the show.
video quality is good as well as sound esp for a tv show from this time frame. It is a shame that the original show was not show in hi-def but that would have been hard considering when it was shoot. I'm not 100% sure but it does look as if the video was cleaned up for DVD.. All in all the only negatives i have for the DVD set is the lack of special features, which is probably because of the delay to DVD, and changing of studios. The second downside is i don't like the case. When the box set arrived all but two dvd fell out of their holders and was floating around the case.
9 people found this helpful

Ken WickertReviewed in the United States on March 22, 2021
5.0 out of 5 stars
Good Sci Fi Series
Verified purchase
I must have missed this when it came out, it was a good series and worth a watch!

ReddStealthReviewed in the United States on May 30, 2013
5.0 out of 5 stars
EFC
Verified purchase
I was one of the many fans who really liked this series. I want to purchase all of the episodes. I always thought that the talons were a little too effeminate for the series' success, but all in all, I understood what Gene Rodenberry was trying to get across to the audience, so the bisexual look of those aliens only enhanced the series for me. Leni, Anita and the rest of the characters were a blessing to watch. I hope to see a new version of this series. How 'bout it Eugene?
One person found this helpful

grandfunkReviewed in the United States on February 8, 2021
5.0 out of 5 stars
good
Verified purchase
expensive but i needed this for set

Marian Y ZorgerReviewed in the United States on February 6, 2014
5.0 out of 5 stars
Amazon helped me finish my collection.
Verified purchase
I looked for this for 3 years. I missed it when it first came out, and I found it now and I am pleased. I wish the show was still on TV. Amazon is a very good place to find the best deals and not go out in the cold. Thank you Amazon for being the best one stop shopping with low prices and very good merchandise. Now I have all the seasons of Earth Final Conflict.
See all reviews
Back to top
Get to Know Us
Make Money with Us
Amazon Payment Products
Let Us Help You
EnglishChoose a language for shopping. United StatesChoose a country/region for shopping.
© 1996-2022, Amazon.com, Inc. or its affiliates