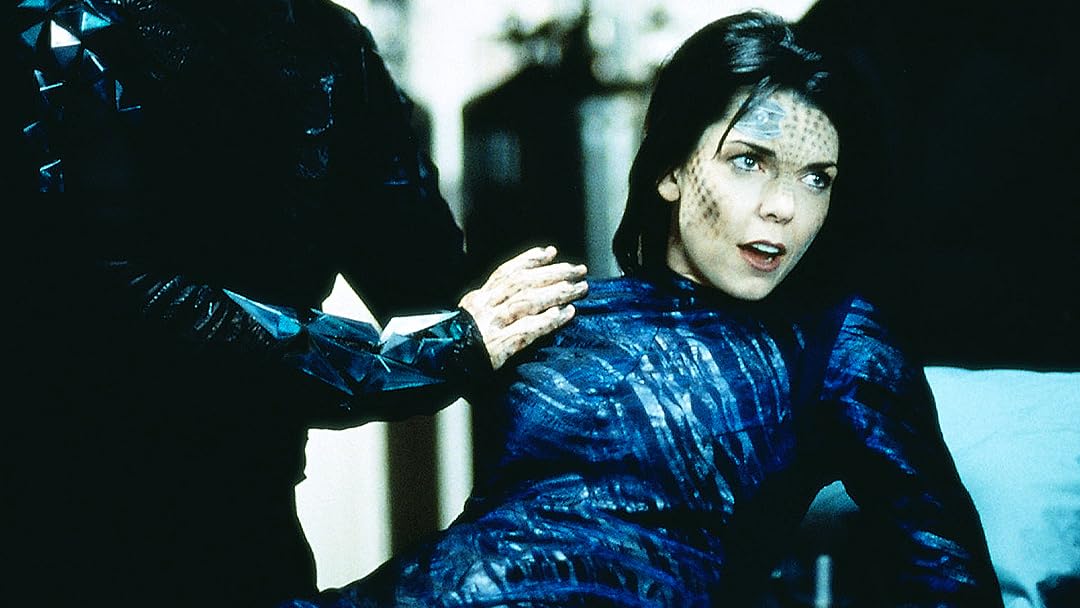 (169)
6.22000TV-PG
They have come to Earth with the promise of peace...an alien race called the Taelons. But there are those who resist these Alien Companions. For the Taelons' true mission...the secrets they hide...will forever alter our world. The fate of humanity now relies on those who dare challenge the future of Earth.

Kimberly LazarskiReviewed in the United States on March 30, 2016
4.0 out of 5 stars
Interesting series and fun to watch... ruined mid-run by producers
Verified purchase
I really enjoyed the first three seasons of this show during its original run (the last to seasons are just... ok). If you're familiar with this series, you'll recall the story arcs kept getting aborted with the root cause being megalomaniacal producers alienating the cast and crew. It was originally going to be about the Taelons looking to Earthlings to join them in evolving together and William Boone as an ambassador and advocate of sorts, as they had ruined their reproductive capability, but once they alienating Kilner and Howard, then Chevolleau and Parker you can see the disinterest on part of the cast and writers from mid-season-3 onward. If you're a Roddenbury fan you'll enjoy the first three seasons... but by the fourth season most characters have been killed off or "reassigned" and the fifth season is pretty much all new faces with little tie to the original plot lines laid out by Roddenbury. If you're a Majel Barrett-Roddenberry fan, she was in the first couple of seasons but she too ended up alienated by the producers.

The sets are interesting, if plasticky-looking, but the CGI was very good for the time. You'll notice elements in this series which everyone else copied (especially Minority Report with the holographic screens and gestures)... and the "Global" handheld communicators/scanners/etc. roll-up screen you'll recognize as upcoming smartphone technology. Up through season 3 is enjoyable to watch (although Kilner's absence is felt), and sci fi addicts will want to watch season 4 and 5 just to see how it ends.

Ken WickertReviewed in the United States on March 22, 2021
5.0 out of 5 stars
Sci Fi Series
Verified purchase
This is a great watch, I had not seen or heard of this series when it was released, well worth watching.

doityourselfReviewed in the United States on September 13, 2017
4.0 out of 5 stars
Four Stars
Verified purchase
need to have it no matter what

rdaaamgReviewed in the United States on February 28, 2012
5.0 out of 5 stars
Earth Final Conflict
Verified purchase
this is the second season that Liam Kincaid is in. He learns more about himself and becomes an important part of the resistance. The taleons have a harder time hiding what they are doing to humanity and have to find other ways to get what they need to survive.

MRNotReviewed in the United States on October 13, 2015
3.0 out of 5 stars
Only if you're feeling nostalgic from having seen this. Not really worth it if you didn't see it new
Verified purchase
This series hasn't really aged all that well, but if you're looking for another Gene Roddenberry scifi brainchild, this will do. From memory, I thought this series didn't go down hill until season 4, but having now refreshed my memory of season 3, the decline was already evident. The addition of the character (and the actress who played her), Renee Palmer, only served to severely hokey-up this beast.

Specific to the version I acquired: Kind of annoyed that this (Canadian release) version had no subtitles. Audio channel is kind of quiet relative to other DVDs/Blu Rays I have also. Neither of these are deal-breakers, but just be aware.

Thomas mccoyReviewed in the United States on March 18, 2018
4.0 out of 5 stars
Four Stars
Verified purchase
Consistency starts to fall apart a little but still enjoyable
See all reviews
Back to top
Get to Know Us
Make Money with Us
Amazon Payment Products
Let Us Help You
EnglishChoose a language for shopping. United StatesChoose a country/region for shopping.
© 1996-2022, Amazon.com, Inc. or its affiliates