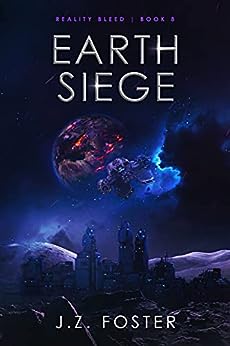 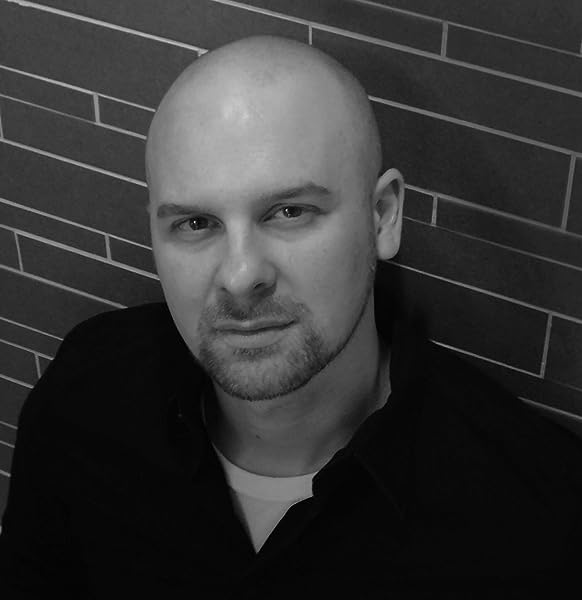 The alien invaders have spread across the entire globe, and the bloodiest battles have yet to happen. As humanity struggles to adapt to an ever changing enemy, what extent will they plunge into in order to survive?

How much must the world give up in order to win?

Next 2 for you in this series See full series
Total Price: $7.98
Books In This Series (9 Books)
Complete Series
Reality Bleed
Kindle Edition
Page 1 of 1Start OverPage 1 of 1
Previous page
Next page

While the world sits on the edge of total war, secret experiments are conducted on black site Mars research facility.

A gate was opened, and something came through.

Now an alien menace invades our reality to take all that we have.

Enter the alternate world of REALITY BLEED where the Cold War never ended, and decades of insurgencies and global politics have strained the fragile balance of peace.

The Reality Bleed series is broken up into seasons.

Season 1 (Hell on Mars) tells the story of a detached group fighting for their lives on Mars.

Season 2 (The Fall of Man) begins with the aliens arriving on Earth inside the Soviet Union, and the politicking of the rest of the world trying to take advantage of the sudden weakness.

Season 3 (Hell on Earth) is a glimpse at the fate of the world as the alien invasion spreads to every corner.

Reality Bleed is an episodic reading experience with four books in each season.

Head to JZFoster.com for a free story!

Want to email J.Z.? Send an email to JZFoster@JZFoster.com

J.Z. Foster is a best selling Urban Fantasy and Horror writer originally from Ohio. He spent eight years in South Korea where he met and married his wife and together they opened an English school.

Now a first time father, he’s returned to the states - and his hometown roots.

He is a best selling Dark Fantasy, Science Fiction and Horror author.

Lesliann
5.0 out of 5 stars Hard to put down!
Reviewed in the United States on September 2, 2021
Verified Purchase
I have been a fan of the Reality Bleed series since the beginning and I can truly say these books just get better and better. Earth Siege is the 8th book to come out so far and this one is definitely a "just one more chapter" kind of book. The story moves at a fast pace with exciting take no prisoner kind of players, a bit of gruesome along with the quirky humor I love in JZ Foster's stories. Once again I reach the end of book and look forward to the next installment of this series. Earth Siege is book that can be read on its own but I would highly recommend starting with the first book Hell on Mars where you can first meet these players and you can follow along their journey as they take on the war against the aliens.
Read more
2 people found this helpful
Helpful
Report abuse

Mr.Bill
5.0 out of 5 stars A must read series for all sci-fi fans. Read Them All!
Reviewed in the United States on September 5, 2021
Verified Purchase
Reality Bleed is STILL absolutely the best aliens vs humans series, ever! These are books that you can read multiple times and find another plot just waiting to be developed. I had pre-ordered Earth Siege when it was first available. As I was reading the book, I kept thinking how I would hate that the series was ending. I'm not one to look ahead so I was pleasantly surprised to see Book 9, Hell on Earth, is in the works. Can't wait!
Read more
2 people found this helpful
Helpful
Report abuse

JJ Bjornsson
5.0 out of 5 stars The series keeps getting better!
Reviewed in the United States on September 5, 2021
Verified Purchase
This series hooked me from book one! I began this series after reading a similar, and pretty good, one called "Dark Galaxy" series by P.W. Hillard. If sci-fi horror is your thing, this is for you. The characters, plot, and dialogue are all well done. Was I extremely entertained? Yes, and that is my main criteria. Stop reading my review, and read these novels immediately!
Read more
2 people found this helpful
Helpful
Report abuse

Victoria
5.0 out of 5 stars So much YES!
Reviewed in the United States on September 4, 2021
Verified Purchase
I just love how every book introduces new, interesting characters! I can’t wait for the next installment to see what happens to the new players!
Read more
One person found this helpful
Helpful
Report abuse

Sharon Collins
5.0 out of 5 stars Reality Bleed Book 8 AWESOME
Reviewed in the United States on September 3, 2021
J.Z. Foster is such a talented author and delivers another “OMG” book. I never know whether to put on my black funeral dress and sit with a box of tissues or wear my #1 foam finger to cheer on my favorite characters. Expect the unexpected. This book is imaginative, terrifying, funny, thought provoking, and keeps the reader glued to the story from page one. You will read it in one sitting, not because you want to, because you have to.
Read more
One person found this helpful
Helpful
Report abuse

M. M. Robinson
5.0 out of 5 stars Non-stop action!
Reviewed in the United States on September 2, 2021
Verified Purchase
I'm not a huge fan of serial type books, but I make an exception for the Reality Bleed books. There is wonderful character development, great pacing, lots of action, and a solid plot. You will fall in love with these characters. I adore Alice and her courage. I love Endo and his honor and loyalty. Another great book by J.Z. Foster!
Read more
One person found this helpful
Helpful
Report abuse
See all reviews