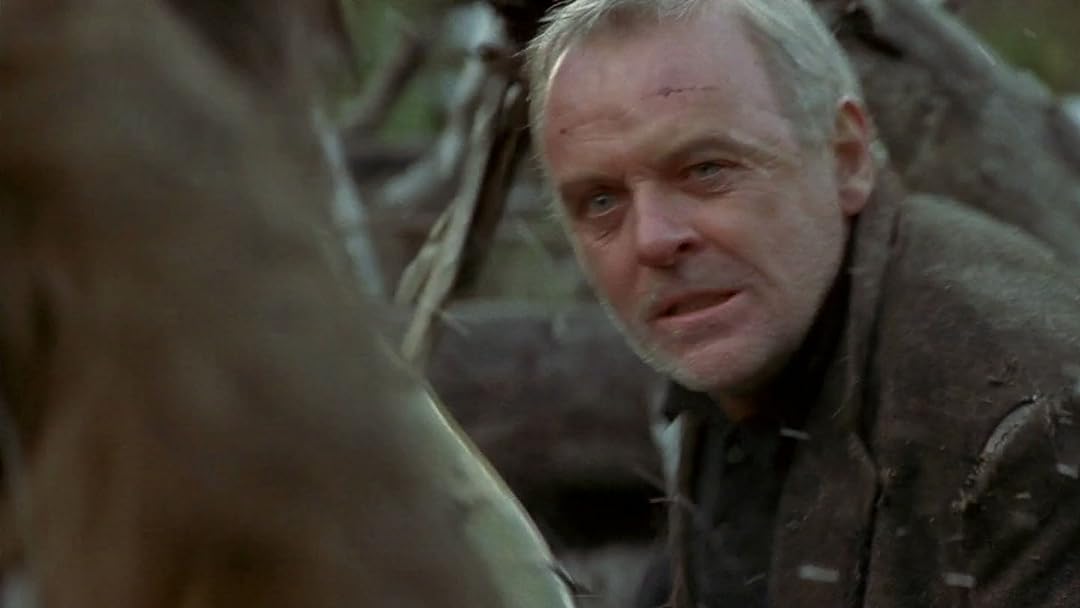 (7,916)
6.91 h 57 min1997X-RayR
A billionaire thinks his supermodel wife might be having an affair with a photographer - and when a plane carrying the men crashes in the mountains, they find themselves battling each other and a killer grizzly bear!

Jacob StarrReviewed in the United States on October 25, 2018
5.0 out of 5 stars
A Bear for all Seasons
Verified purchase
This is exactly why I love movies. I have studied and enjoyed the cinema for over 50 years and "The Edge" is one of my favorite movies. Bart "the Bear" certainly is worthy of best supporting actor consideration and in my opinion should have been granted a special academy award. Doug Zuess, Bart's trainer should also be commended for his amazing coaching with this gifted animal. David Mamet's script is beautifully executed by all the actors. This is Alec Baldwin's best movie and Anthony Hopkins was exceptional as well. The musical score by Jerry Goldsmith perfectly matched the pristine wilderness of Alaska. Finally, the action was nonstop, the tension and story arc built to a magnificent and satisfying resolution and there were lessons to remember: vis a vis bird strike. Definitely worth enjoying again and again.
36 people found this helpful

RickhollandhfxReviewed in the United States on December 15, 2018
1.0 out of 5 stars
Bart the Bear was magnificent
Verified purchase
The Bear and the Canadian Rockies were magnificent. I thought David Mamet was supposed to be a good writer. This was a terrible script. Nobody talks like this, nobody acts like this in real life. They start yelling at each other for no reason, and talking in riddles. They walked for a day or two and ended up exactly where they started from...come on. All the bull about bury the bloody clothes and the bear is now a man eater. The bear will eat anything he can catch, from grubs to moose, and he can smell you from a mile away without any blood on your clothes. It's like every bad movie cliche ever, well except there was no quick sand.
24 people found this helpful

brain_spoonReviewed in the United States on May 26, 2020
4.0 out of 5 stars
Needs high definition
Verified purchase
This movie is chock full of beauty, thanks to the settings. I haven't seen the Blu-ray version, but I imagine it looks great. Many movies received great treatment on the DVD format, and look good enough to keep me from seeking out a Blu-ray upgrade. The Edge is a good movie, but the setting is important, so I definitely feel that if it isn't represented fully, the experience is lacking. Get the Blu-ray.

The actors seem out of place set against the backdrop here, but that's the point. This is an adventure film with thought provoking moments. It's sort of Heart of Darkness meets Hatchet. Anthony Hopkins is center stage, and the film has lasting appeal as a result. Not a five star sleeper classic, but I feel the need to keep it around.

alltatupReviewed in the United States on June 16, 2019
5.0 out of 5 stars
I LOVE THIS FILM, BUT THERE IS A SERIOUS PLOT WEAKNESS
Verified purchase
I adore this movie with its amazing scenery, but I've always wanted to know the following:

Emily E HeapeReviewed in the United States on January 23, 2017
5.0 out of 5 stars
What One Man Can Do, Another Can Do!
Verified purchase
The Edge is a GREAT film! Full of Action and Intrigue and BART THE BEAR! Anthony Hopkins is perfect in the role of Charles Morse, a billionaire with more residual book knowledge than your public library! Hopkins and Alec Baldwin are perfectly paired in this adventure. This is a film that you will watch over and over again, and gain a great deal of knowledge from. I Highly Recommend The Edge! #confidentrabbit #heissmarterthanthepanther
25 people found this helpful

BrendanCReviewed in the United States on March 20, 2021
2.0 out of 5 stars
Movie With Identity Crises
Verified purchase
Mamet might have added notes and a few bits of dialogue to a sophomoric script, but that's it. Film seems geared toward numbskulls. No character garners sympathy. If not for ffwd function on Roku, I would not have been able to watch at all. Baldwin and the Black actor appear to be surprised they were in a survival movie. Maybe the script was changed during shoot? Theme seems to be a mosh of trust issues, class struggle, personality type conflict, and just unsure. Perhaps a stock market parable? 1 1\2 Stars
3 people found this helpful

Cornelius Fortinbras IIIReviewed in the United States on July 5, 2013
4.0 out of 5 stars
Underrated Man vs Nature classic.
Verified purchase
The bluray is good, a noticeable uptick in audio and video rez from the now ancient DVD, but there are still no extras and this film has an epic production story. Just read Art Linson's book and later film "What Just Happened," to find out the ridiculousness that went on behind the scenes, mostly concerning Baldwin's beard. Apparently from this and his current Viking Capital One ads Baldwin likes beards.

Isn't this film old enough that we can finally get the story without hurt feelings or impacting Baldwin's current gig as corporate whore.

Anyways, I consider The Edge to have temporarily closed the book on wilderness adventure movies. Not a frequently visited genre anymore, and strangely after this movie (it wasnt a hit) because this pretty much covers the philosophical, primal struggle of man in the wilderness. Not much left to cover on the subject. Top notch writing from Mamet with near every other line quotable, career peak acting from Hopkins and Baldwin (before he switched into permanent Jack Donaghey mode), Jerry Goldsmith's chilling response to John Williams' Jaws score and Tamahori's absolute best directing effort of his spotty career.

If you haven't seen The Edge because it always looked like two dudes in a Hemmingway impression fight to the death, than you have been missing a great film. Instead of watching the latest slog of bloated budget awfulness, give this not too old survival flick a chance, they don't get much better.

IMAD!manReviewed in the United States on November 8, 2017
5.0 out of 5 stars
Great movie with excellent action and a good story.
Verified purchase
These 2 in this movie were so good. Me and my brother went to see it at theaters and we just loved the way Alec reacts to Hopkins throughout the film. Lot of really funny lines. I told my kids it was great so we watched the trailer... WOW that has to be the worst trailer ever. We watched it anyway and they loved it.
13 people found this helpful
See all reviews
Back to top
Get to Know Us
Make Money with Us
Amazon Payment Products
Let Us Help You
EnglishChoose a language for shopping. United StatesChoose a country/region for shopping.
© 1996-2022, Amazon.com, Inc. or its affiliates