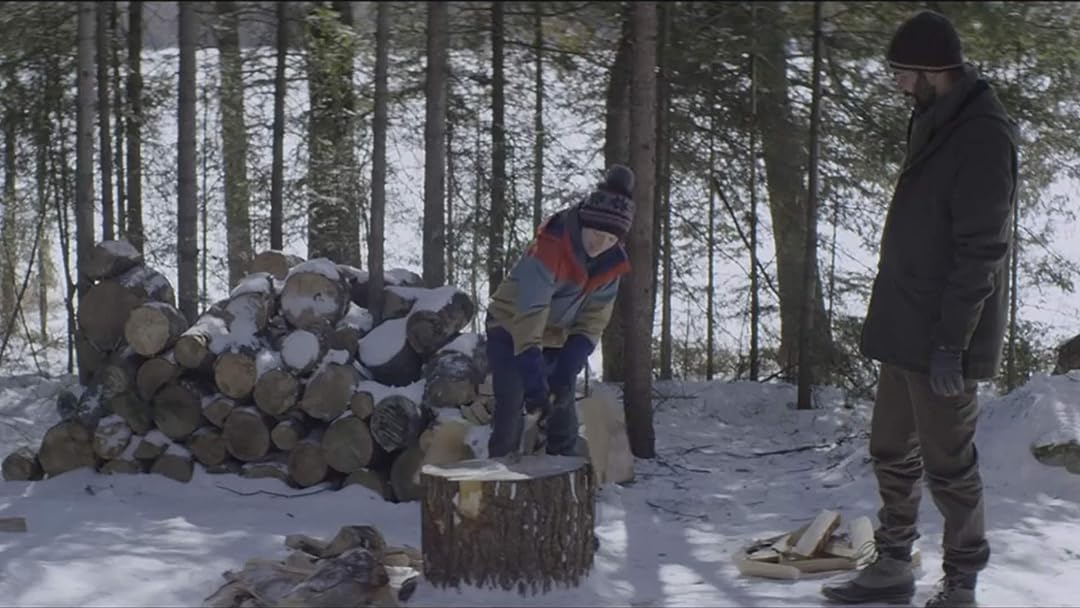 (466)5.41 h 28 min2016R
A desperate father goes to battle against the elements and the fear of losing his children in this tense, psychological thriller.

The HellbenderReviewed in the United States on October 5, 2019
1.0 out of 5 stars
Anti-gun Propaganda
Verified purchase
This movie is all about making rugged men and firearms look psychotic and dangerous. An alcoholic father takes his liberally-enlightened sons (one played by Tom Holland, a great Spider-Man but a horrible political thinker) out into the Canadian wilderness to shoot a shotgun. Of course, the trip doesn’t go so well, and after mixing guns and booze the deranged dad lets his older son drive his Jeep into a snow bank. Then the three embark on a perilous trip across a frozen lake to a seemingly abandoned hunters cabin, which isn’t abandoned after all. The hunters who lodge there get killed off by the dad and the sons get imprisoned by same. They manage to escape and leave the dad in the wilderness to die.

Apart from being intensely morbid, this film’s sole purpose is to make gun owners look dangerous and unstable. A perfect product of Canada’s grand plan to stamp out the last traces of gun ownership. If you’re a liberal, you’ll love this film. If you’ve got a brain, however, go watch something else.

F. J. GonzalesReviewed in the United States on February 13, 2019
4.0 out of 5 stars
One heavy familial drama!
Verified purchase
(Moderate Spoilers, rounded up from 3-1/2 stars) This movie marches to the beat of its own drum, I must say, because the last one-third of the film definitely strays off the beaten path. Problem is, I'm not sure if that last one-third is cinematically enticing (for the viewer) because the first two-thirds induced hope for this family's reconciliation, a family that includes a man trying to be a good father to his two young sons while essentially competing for that affection with his ex-wife's new husband. And the films shows us one of the worst-case scenarios in this rather common (these days) familial dynamic, once the father feels threatened that he might lose the boys, after he hears that his ex-wife wants to move to another country with her new husband and the boys. Who honestly thought that this scenario would have included part father-son bonding, part survival movie (in wintry deep woods), part suspense, part tragedy, and even part thriller-horror (a Bigfoot quip or two and, dare I say, minor shades of "The Shining," no kidding). The culmination may be hard to bear for some, but the acting and drama are impressive (BTW, the younger son looks like actor Jamie Bell, "Billy Elliott"), making it a good little find (even with that ending).
One person found this helpful

Jay BeeReviewed in the United States on July 30, 2016
5.0 out of 5 stars
Edge of Winter surpised me
Verified purchase
Edge of Winter (previously Backcountry) is a bleak thriller about a desperate father, and two sons who find that their protector may be their greatest threat. Joel Kinnaman is tragic and disturbing as the boys' dad, and his descent is well-paced and believably acted against a backdrop of snowy isolation. Tom Holland and Percy White are excellent as Bradley and Caleb, portraying a gradual loss of faith, creeping distrust and all-out terror with nuance and sincerity. Rob Connolly has created a lonely, compelling reflection on being a parent cut off, and being a child whose guardian becomes a stranger.
20 people found this helpful

RoryReviewed in the United States on July 21, 2017
4.0 out of 5 stars
A movie so well-acted it's hard to watch
Verified purchase
Anyone who has had to grow up in a split household will understand this movie. Anyone who has dealt with individuals that have anger issues will understand this movie. Unfortunately, I've had both sides, so many parts of this movie were almost painful to watch. Thankfully, my dad is my best friend, but my step-dad was an alcoholic and I was in a long-term relationship with someone that had a short fuse. Those quiet moments, where you feel the anger building and you just want the person to say something because you know the longer they stay quiet the bigger their explosion will be was so perfectly portrayed in this movie. All three of the main characters acted out the tense conversations so well, it was hard to remember that this was a movie. I think the two moments that got me the most were the face-pushing scene, because my ex used to do that to me as a way to make me feel small and weak, and make himself feel more powerful in the process. The other moment was when Caleb was trying to talk down the father and tell him whatever he wanted to hear. I've been in that situation before, and Joel Kinnaman played it so perfectly. The relief and the hope and just fully believing that what the person is saying it true, despite the fact that they're terrified and only saying what the abuser wants to hear so they can escape a worse situation.
I think it got low reviews because the movie is almost too well done. It's difficult to watch sometimes because the emotions are almost tangible in how well they're acted out on screen. The other thing is the ended seemed slightly rushed. I would have like a little more closure. Otherwise, it delivers and oscar-worthy performance from all three of the leads, and again I'm surprised the Tom Holland is from London because his American accent is always spot on.
14 people found this helpful

HorsesBooksGuitars00Reviewed in the United States on February 9, 2021
3.0 out of 5 stars
Single-parent woes.
Verified purchase
In spite of what some other reviewers said, this movie is NOT an anti-gun movie. I don’t know what they’re smoking. This movie is just about a single-father who is a little off to begin with, but loses his mind when he might lose his kids. Pretty intense movie and well-acted.
One person found this helpful

Missy MReviewed in the United States on August 27, 2017
5.0 out of 5 stars
I Liked This!
Verified purchase
Good movie. I felt so sorry for this dad finding out he was losing his children. All his actions were from a broken heart that didn't know how to express itself in a mature way. Some surprises throughout. I like the dad, who also had a small part in Safehouse. He's come a long way. Some of the stuck-in-the-snow scenes were kinda dumb, but over all I'll watch it again. I've already watched it twice.
4 people found this helpful

MartinReviewed in the United States on July 17, 2020
1.0 out of 5 stars
Rented on accident. Certainly it would have its own merits.
Verified purchase
Ordered on accident and wasn’t sure how to get refund. So I never watched it. This review is based Soley on the cover then.

Grim looking man in a snowy background. Looks like he may face lots of danger or something. If not, he’s just dower for no reason then. Hopefully it’s the former.

That’s about it. Enjoy your rental. Accident or not.

Amazon CustomerReviewed in the United States on March 9, 2021
3.0 out of 5 stars
traumatic movie and acting
Verified purchase
the actors were very good. Avery traumatic movie I am a fan of Mr. Kinnamon and he sure can play all the roles. I am sure this happens in real life and we all have crosses to bear.
See all reviews
Back to top
Get to Know Us
Make Money with Us
Amazon Payment Products
Let Us Help You
EnglishChoose a language for shopping. United StatesChoose a country/region for shopping.
© 1996-2021, Amazon.com, Inc. or its affiliates