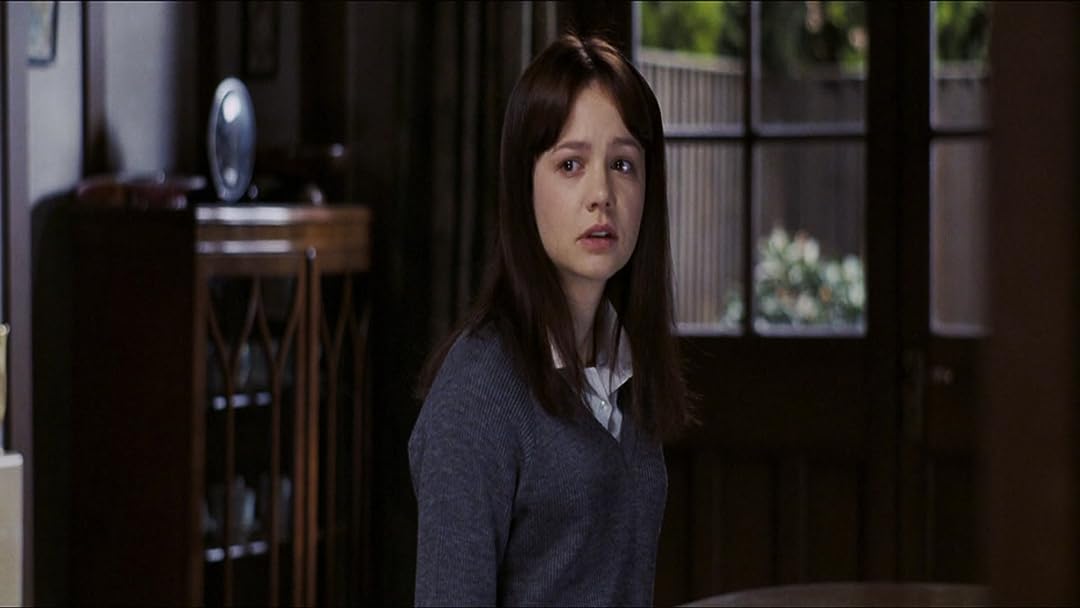 (639)
1 h 40 min2010X-RayPG-13
Three time Academy Award® Nominated Film. A coming-of-age story about a teenage girl in 1960s suburban London, and how her life changes with the arrival of a playboy nearly twice her age.

KatReviewed in the United States on July 18, 2021
1.0 out of 5 stars
This is PEDOPHILIA!
Verified purchase
This is not a "coming of age" story as the details promote. This is straight up pedophilia. And it's Hollywood trying to normalized it. The girl is 16, the man is mid 30's and into kink. But of course they "soften" it and try to make it look funny or goofy. Call it what it actually is... Pedophilia - sexual feelings directed toward children. Come on Amazon, you cancel movies and books that "go against your ethics" all the time. This should be one of them. No matter how many beautiful actors you get in a film, or how pretty the details are written, it's still pure evil. Unable to give it a minus 5 star rating but that's what this is. Pure Evil.
25 people found this helpful

NatReviewed in the United States on July 23, 2021
1.0 out of 5 stars
Terrible, trite, & anti-Semitic -- Yikes
Verified purchase
Old tired story: innocent teen falls in love with older man who turns out to be conniving (yawn). Add some British English into the mix (yawn) and get ready for the dullest time ever. My beef with this movie is that the only main character whose motives are clearly immoral is Jewish. He is a thief, a con-artist who cheats on his wife with countless other women (including family members — yes, insane).

Now, Hollywood is a funny breed. They're all up in arms over social injustice and prejudice, especially these dumb actors, who agree to do a movie with so much anti-semitism in it (we're reminded that the character is Jewish several times). Emma Thompson went to Cambridge and her major was literature. I'd expect her to have better reading/interpretation skills and see what this script was trying to do. But no, instead she goes for it (Why? Was she strapped for cash?).

Shame on everyone involved in this movie. Another good reminder that we shouldn't worship actors. Most are apparently dumb as a bag of hammers. And before anyone thinks otherwise, I'm not Jewish and not a conservative. I'm just not blind to stupidity — whether it comes from one side or another. And sure, it's a book yada yada yada they were being "faithful," but they didn't HAVE to mention that he was Jewish SO many times throughout the movie. This is a movie adaption, and cinema is a completely different medium. Therefore, good film adaptations don't need to be that faithful to the book. All in all, I thought it was an unfortunate artistic choice.

Lastly, Mulligan is as bland as ever — super overrated as always. That scene where she "cries" watching the sex video in Promising Young Woman is one of the worst acting I've seen in recent years lol. Abysmal.

John MReviewed in the United States on July 31, 2021
4.0 out of 5 stars
This is a true story. It's not pedophilia or anti-Semitic.
Verified purchase
Some reviews claim this film is nothing but glorifying pedophilia.

Furthermore, this film is based on the memoir of Lynn Barber. In real life, the man she was involved with was Jewish. Those reviews calling out this movie for anti-Semitism need to understand this is a true story and that just happened to be the man's faith.
14 people found this helpful

KCReviewed in the United States on December 20, 2021
4.0 out of 5 stars
Excellent
Verified purchase
I enjoyed it immensely but I’m a senior citizen without children to worry about. Because it does seem to normalize sixteen year old girls dating men in their thirties I’d be reluctant to permit young teens to see it without a great deal of discussion, including of Lynn’s magazine article relating the long term damage, not mentioned in the film, done to her. Fortunately, she went on to enjoy a long successful marriage and career as a journalist.

Perhaps it wasn’t illegal but her parents were negligent; falling for the con was inexcusable. Her father was a lawyer, proving intelligent people sometimes make stupid choices. She still resents her parents’ poor judgment and feels the affair influenced her promiscuity while in college.

The tone is sometimes humorous and Carrie Mulligan plays the precocious and engaging teen, hungering for sophistication, to a T. Rosamond Pike is hilarious while the English teacher is the only adult in the room.

To clarify, pedophilia is the attraction to prepubescent children. Most sixteen (seventeen before they had sex) year old girls have reached puberty while reaching the age of consent is a different issue. The film does not portray pedophilia. I believe the laws making it a greater crime when there is a larger age discrepancy between the willing victim and perpetrator.

Some reviewers questioned why David is portrayed as Jewish, making the film anti-Semitic. The answer is, because he actually was. His religion could have been omitted but, to me anyway, those were satirical scenes depicting the bigoted world views of the father and headmistress. Humor was the intention and the father was portrayed as a buffoon through the film.

I do understand the negative reviews but I thought it was an excellent, if controversial, movie.
4 people found this helpful

Eileen MarieReviewed in the United States on September 13, 2020
5.0 out of 5 stars
Great Story
Verified purchase
A great film! The lessons this young woman learns about such playboy men early on are priceless and stand the test of time BUT the time period here also reflects how women were viewed in society as well as their lack of choices. Exaggerated perhaps BUT well presented....captivating. Now we hv different societal issues with women's' role in society as realistically a woman can not 'always' be both a wife and a successful or fulfilled business woman, professional or academic. Of course, we can or rather have the choice but the timing , circumstances and choices don't always align as well for each person.

This character is reminded that her education is more valuable than a man's antics.
7 people found this helpful

Penny's momReviewed in the United States on October 1, 2020
2.0 out of 5 stars
Predictable, Odd and Wierd
Verified purchase
Older man (David) charms the teenage (Jenny) girl, is a con, is married and leaves teenage girl in the end. Oddly, parents let 16-17 year old daughter head off for over night and weekend with David. From the moment David walks in the door, parents seem to lose all common sense. Up until the time he showed up, they were very involved in her future. And, the banana scene is just weird! I paused the video at that point but decided to watch to the end because of all the 5 star ratings.
5 people found this helpful

Michael JonasReviewed in the United States on January 23, 2021
1.0 out of 5 stars
Why is David a Jew?
Verified purchase
David is a married, older man who takes advantage of a teenager's innocence and eagerness to experience the world. He is also a thief, among other things. Why must he be Jewish? There is no reason that I can see other than reinforcing antisemitic views.
10 people found this helpful

Amazon CustomerReviewed in the United States on January 14, 2018
4.0 out of 5 stars
Every once in a while you watch a film and ...
Verified purchase
Every once in a while you watch a film and it sticks in your head...thinking about life, growing up, humanity. This movie does that. A bit of a plot twist. Romance, but not a romantic movie. Some teenage angst, but not a teenager movie. A grown up movie with the protagonist being a very mature 17 year old girl who in many ways is the most mature adult in the movie. This is one of those movies that I will stumble on 10 years from now and want to watch again just because of it opens the door on human actions and emotions.
20 people found this helpful
See all reviews
Back to top
Get to Know Us
Make Money with Us
Amazon Payment Products
Let Us Help You
EnglishChoose a language for shopping. United StatesChoose a country/region for shopping.
© 1996-2022, Amazon.com, Inc. or its affiliates