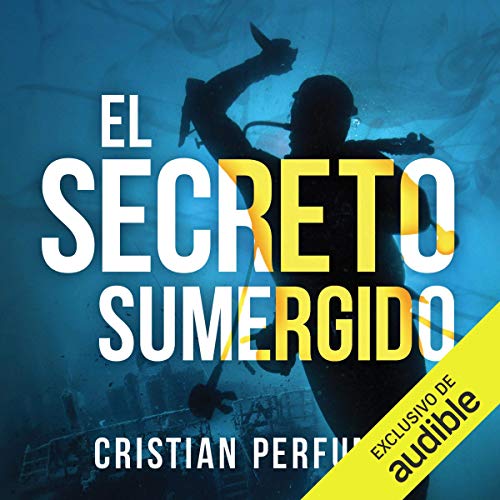 List Price: $20.33
You Save: $2.54 (12%)
By completing your purchase, you agree to Audible’s Conditions Of Use
Sold and delivered by Audible, an Amazon company
Share

4.2 out of 5 stars
4.2 out of 5
263 global ratings
How are ratings calculated?
To calculate the overall star rating and percentage breakdown by star, we don’t use a simple average. Instead, our system considers things like how recent a review is and if the reviewer bought the item on Amazon. It also analyzes reviews to verify trustworthiness.

Al Past
4.0 out of 5 stars Enjoyable and educational
Reviewed in the United States on July 18, 2011
Verified Purchase
Although my last class in literature in Spanish was 40 years ago, I undertook to read El secreto submergido because the subject matter interested me, and I thought it would be a good review for me. It was worth it. I like a good adventure story and I like a mystery, and I particularly like stories connected with the sea. El secreto submergido was both, with the dividend that it offered a glimpse into a part of the world that I was barely aware of: Patagonian Argentina. As a bonus, the unpleasantness of the "Falklands War," as the English speaking world knows it, that is, the dispute between England and Argentina over the possession of Las Islas Malvinas, in the south Atlantic east of Argentina, also figures in, mainly in the epilog.

Basically, a high school student in the (real) town of Deseado learns of a (real) British shipwreck 200 years earlier on the rocks of the mouth of the river where his town is located. As a new but enthusiastic SCUBA diver, he decides to investigate, and perhaps locate the wreck. When the retired seaman who provides him with early documentation of the wreck is mysteriously murdered, that sets off a train of events that the young man and his friends pursue to their violent end. It is a rollicking tale.

Keeping in mind that my skills in Spanish are a bit rusty, I will say that I found the book well and cleanly written. As a former non-SCUBA diving officer in the American surface navy, I'll add that the details of diving in the cold tidal waters of the mouth of a river, and of the hazards of undersea salvage, struck me as accurate.

The English-dominant reader who is intrigued by the book and who has some skill in Spanish and a decent desk dictionary should enjoy El secreto submergido as much as I did.

Dr. Al Past is the author of the five Distant Cousin novels, a popular adventure/romance/sci-fi series, the photographic collaborator for Barry Yelton's On Wings of Gentle Power, the author of a book of treble clef duets from Charles Colin, a reviewer for PODBRAM, and a member of the Independent Authors Guild. He lives on a ranch in south Texas.
Read more
3 people found this helpful
Helpful
Report abuse

E. Glass
5.0 out of 5 stars Incredible, amazing story tellet
Reviewed in the United States on July 30, 2020
Verified Purchase
Just amazing! Cristian Perfumo is a natural story teller! I love the way he writes!
His turns and twists keeps the reader on edge. His endings are and incógnita!
Read more
Helpful
Report abuse