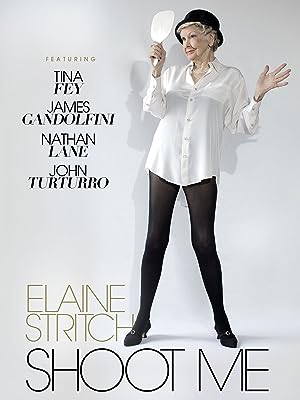 Melanie "Vaxxed & Masked" GilbertReviewed in the United States on May 10, 2022
5.0 out of 5 stars
Standing Ovation
Verified purchase
This 2013 documentary follows the 87-year-old Broadway legend as she prepares for a life far from center stage. Old-age infirmities necessitate a move closer to her family, with Stritch relocating from her hotel life in the heart of New York City to a condo in Birmingham, MI, a tony suburb of her Detroit childhood home. It’s a move fraught with reluctance and anxiety from a performer who had spent her career fighting for professional respect, recognition and the spotlight.

In her indomitable style, Stritch turns this swan-song film into a star-turning role. She’s in total control, and it’s easy to see why she had a reputation of being hard to work with. At one point in the filming, Stritch goes out of frame, then reappears to admonish the cameraman for not following her, providing tips on how to reshoot “the scene.” Her bossiness and brassy flair infuse this 80-minute work. She’s also in every frame, which can get tiresome, but ironically captures the scene-stealing reputation she had in her prime that drove composers and directors nuts. Audiences, though, loved her.

Thanks to the devotion of some key people (such as the much abused but devoted pianist Rob Bowman, for instance), her longevity and near-constant work (appearing on television, performing in cabaret shows and a one-woman touring show) Stritch carved out a successful late-in-life career in which her starring role was playing herself. Anonymity was anathema to Stritch, and “Shoot Me” gave this restive talent a well-deserved curtain call.

Phil SilvermanReviewed in the United States on November 15, 2015
3.0 out of 5 stars
Funny; sad yet engaging. Theatre students check it out!
Verified purchase
Famous Broadway actress / singer / dancer / comedian is shown ages 85 to 88, looking back in her Manhattan digs as she prepares for a new Sondheim show, actually a cabaret act using his songs. many celebrities offer insightful cameos.

Seems she is quite self aware: she never struggled financially (?), coming from patrician Bloomfield Hills, Michigan, and marrying very successful men. But this awareness does not seem to extend to her performance life, where she has endured some real flops. was she ever a raging beauty , a great actress, a great singer? Her eccentricities ultimately keeping her at a distance?

This is a very deep portrait, as we get views of her from the '50s, '60s, in the recording studio, agonizing over flat notes; in a hospital bed around 2013. I am glad I watched this all the way thru: Stritch fans buy it now. This casual fan will donate the DVD to the Library.
2 people found this helpful

8675 3oh9999Reviewed in the United States on March 17, 2021
5.0 out of 5 stars
Really funny movie... well done
Verified purchase
No idea who she was before watching this. Wife dragged me into living room and I'm glad she did. This movie is very very funny and emotional at times. A great perspective on show business, getting older, struggling with memory loss and/or dementia, etc. I never knew her before, but I do now, and I'm happy I found her story.

Anne StepienReviewed in the United States on August 23, 2014
5.0 out of 5 stars
Bittersweet
Verified purchase
I am a big fan of Elaine Stritch's and pre-ordered this documentary. Very well done and shows the brassy old broad so many of us love, as well as the vulnerable side as her health declines that probably very few have ever seen. She does have some sage advice about getting older. I cried when Elaine talked about it "being her time" (to leave the building, as she put it) and that she hopes she "can at least be amusing." In an interview promoting the documentary, Elaine stated that she was at the stage in her life that she doesn't need anything....those last 2 bras she bought would be her last. Sadly, she died less than a month after the documentary was released.
One person found this helpful

SenoritaReviewed in the United States on March 14, 2021
5.0 out of 5 stars
Brilliant
Verified purchase
Elaine Stritch is a Broadway legend, a tough gal with a soft heart and a passion for life and performing. As she faces the inevitable nearing the end, she still manages to be as feisty and giving audiences her all as ever. Brava!

Allison V. FineReviewed in the United States on July 20, 2014
5.0 out of 5 stars
Glad She Lived So Long!
Verified purchase
This was great but one of those rare times when you wish it were LONGER and you could spend even MORE time with this interesting woman. Stritch was Broadway, Brassy and incredibly nervy but somehow it all goes down so smooth--it's her endearing charm but also her unflinching honesty, which is so refreshing--but let's not forget her genuine talent as well. She could really deliver a character, a song, a dance, a line--her comic timing was impeccable. One of a kind.
6 people found this helpful

Scott M.Reviewed in the United States on May 9, 2017
5.0 out of 5 stars
Elaine Is One of a Kind
Verified purchase
Elaine Stritch was a unique and gifted actress and performer. I cherish anything that preserves her performance. This is a wonderful window into her final days in New York. A keepsake of all the joy she brought to me over the years. I saw her on tour in San Francisco and in several different productions on Broadway. Always a delight and a joy.
2 people found this helpful

Laura GordonReviewed in the United States on February 22, 2021
5.0 out of 5 stars
Great DVD
Verified purchase
I love Elaine Stritch This Dvd is a look into her life and she is the same way working or not. I laugh so hard when i watch it.
See all reviews
Back to top
Get to Know Us
Make Money with Us
Amazon Payment Products
Let Us Help You
EnglishChoose a language for shopping. United StatesChoose a country/region for shopping.
© 1996-2022, Amazon.com, Inc. or its affiliates