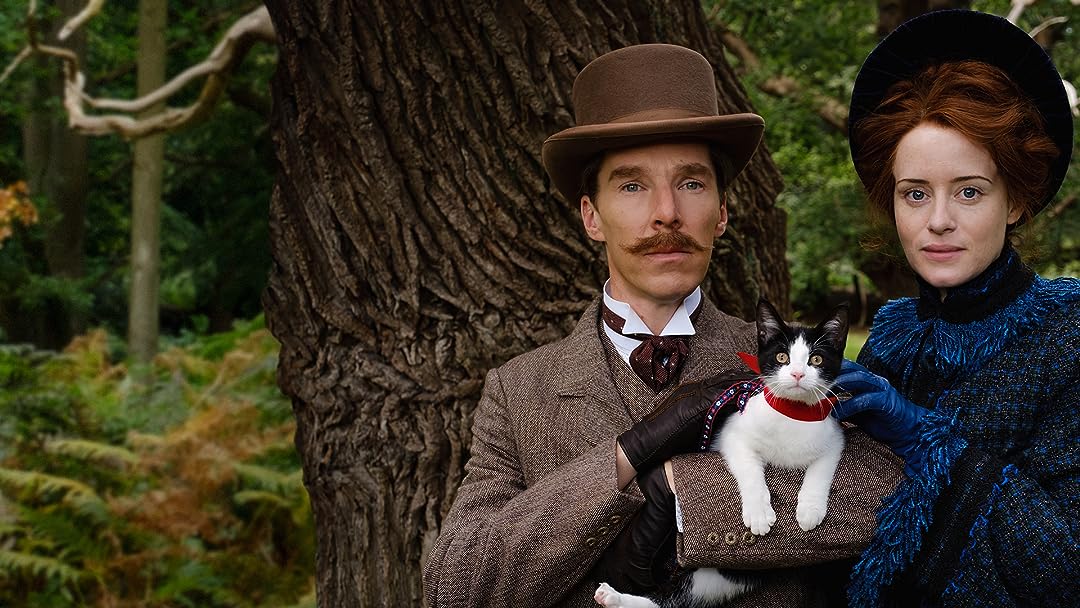 The Electrical Life of Louis Wain

(864)
6.81 h 51 min2021X-RayHDRUHDPG-13
The true story of eccentric British artist Louis Wain (Benedict Cumberbatch), whose playful, psychedelic pictures transformed the public's perception of cats forever. Set in the early 1900s, we follow Wain as he seeks to unlock the "electrical" mysteries of the world and, in so doing, to better understand his own life and the profound love he shared with his wife Emily Richardson (Claire Foy).

linda galellaReviewed in the United States on November 5, 2021
5.0 out of 5 stars
Terrific!
Verified purchase
This is the best movie I’ve seen in a long while even tho’ much of it is plagued by hardship for the main characters.

THE ELECTRICAL LIFE OF LOUIS WAIN is a true story and based of the life of Victorian artist, Louis Wain. He’s the only male child oh six siblings and after the death of his father, customs dictate that he assumes responsibility as head of household, regardless of how he intended to live his life. 3 of his sisters still are young and need schooling and 2 are of marrying age but have no prospects. For all intents and purposes, Mom has taken to her bed and the oldest sister is running the house.

Louis is what we call, “on the spectrum” in today’s language. He’s brilliant but socially awkward, VERY awkward and gets taken advantage of regularly. He’s also incredibly gifted as an artist and barely manages to keep the family afloat. His sister hires a governess to help educate the young girls and Louis and Emily fall in love and marry even tho’ it’s socially abhorrent. They are extremely happy until tragedy befalls them. A cat called Peter enters their life and the movie is off and running.

Benedict Cumberbatch is magnificent in this role. He plays Wain from his 20’s thru his last days and the transformation is really hard to believe. The makeup crew did a fantastic job but Cumberbatch got the physical motions, posture, expressions; he got it ALL right! On top of that, there are wild swings in mood and mental status that are brilliant and completely believable.

The rest of the elements of the movie are also very good: cinematography, soundtrack, settings; it all feels and looks like late 19th century England moving into early 20th century. The other actors are good but nobody stands out, they’re more of an ensemble. Well, maybe Toby Jones as Louis boss/friend is a cut above. I’m still not sure how I feel about him…

For the next few months, when someone asks me if I’ve seen any good movies can I recommend something, I won’t hesitate to suggest THE ELECTRICAL LIFE OF LOUIS WAIN🍿

Invidia CinelliReviewed in the United States on November 7, 2021
2.0 out of 5 stars
Tragic and Heartbreaking! Movies Like This Should Come with a Warning.
Verified purchase
The first third of this movie was magical and I was blown away by its beauty and its uniqueness. The characters and the setting were utterly charming. But then it took a turn and one tragedy heaped upon another and then another, with no reprieve. The heartbreak just kept multiplying and it was absolutely suffocating by the end of the film.

If you want to cry for an hour and feel the hopelessness of a character, so filled with potential and talent, who is ruined by one horrible event after the next, this might be the film for you. Otherwise, I recommend you watch until the wedding, then switch off the stream, pretend the movie is over, and go do something joyful.

I'm too sad to be angry but honestly, movies like this should come with a warning. But, since they do not, let this be yours. You are hereby warned.
98 people found this helpful

PJReviewed in the United States on November 5, 2021
5.0 out of 5 stars
So beautiful!
Verified purchase
I’m laying in bed sobbing crying , but inspired. What a beautiful movie full of love and life and heart. In such difficult and cynical times it taps into emotions and vulnerabilities many are afraid of. Every moment I was enthralled and not many movies are able to do that anymore. It reminds me of the last movie that made me FEEL “The secret life of Walter Mitty” (Ben Stiller) it has a definite uplifting message and for artists and creatives even more so. To create and give to others with your art and your heart. Just a beautiful story full of love and beautiful storytelling by the Artists.
72 people found this helpful

deesnapReviewed in the United States on November 6, 2021
4.0 out of 5 stars
Excellent except...
Verified purchase
Amazon puts out a fine studio production with this one! Although full of life's highs, lows, and crushing challenges, this is ultimately a triumph of human imagination and the will to find joy in dark times. Unfortunately, never to disappoint, the production insists on turning a PG film into PG-13 simply by adding two harsh words, one [s---], almost the very first line, and one [f---], a few minutes after. Completely unnecessary and adding absolutely nothing to the plot or the character development. Totally incongruous, as if obsessive personalities created a breathtakingly beautiful painting, and then driven by compulsion, mutually dropped their pants and collectively pooped on it, smearing the feces all around and declaring, "Now, with that final touch, it's perfect!"
56 people found this helpful

AlienSunReviewed in the United States on November 5, 2021
5.0 out of 5 stars
An amazing and beautiful film
Verified purchase
Great acting by Benedict Cumberbatch and Claire Foy. This film captured the hard, yet magical minds and lives of people with mental illness and/or honestly what I observed as ASD (autism spectrum disorder). I am not sure if that was the intent but as someone with ASD it resonated so much with me. The world can be so beautiful yet difficult. Cats are a big comfort and delight of my life. I appreciate a film that portrays them with such reverence and silliness. Very seldom do I tear up during a film but this one definitely squeezed out a few.
59 people found this helpful

Laurie D SavoieReviewed in the United States on November 5, 2021
5.0 out of 5 stars
An incredible story of human endurance and love
Verified purchase
Benedict Cumberbatch delivers an amazing performance as Louis Wain, an incredibly gifted artist and amazing strong soul in the face of numerous personal calamities. Despite the pressures of supporting his five sisters as he struggled with mental illness amidst the deaths of those he loved most, Louis Wain became an ardent cat enthusiast and worked tirelessly his entire life to portray the playful, silly nature of cats to the delight of the world. Louis Wain was not just an amazing artist but someone who loved his wife and family deeply through loss and pain, and his story is one of neverending endurance and dedication in the face of overwhelming odds. A must watch!
53 people found this helpful

Americo ZeccardiReviewed in the United States on November 5, 2021
5.0 out of 5 stars
For Cat Lovers, and LIFE Lovers
Verified purchase
I am a recent convert to the genius of Louis Wain. While this film fleshes out his distinct outlook and style- borne of mental illness much the same way Van Gogh's style could be construed it also humanizes the man through the sympathetic performance of Benedict Cumberbatch. Claire Foy is also excellent as his suffering wife. I am currently owned by a tuxedo boy so I have a soft spot for this film, nonetheless it captures an artist who cared.
33 people found this helpful
See all reviews
Back to top
Get to Know Us
Make Money with Us
Amazon Payment Products
Let Us Help You
EnglishChoose a language for shopping. United StatesChoose a country/region for shopping.
© 1996-2022, Amazon.com, Inc. or its affiliates