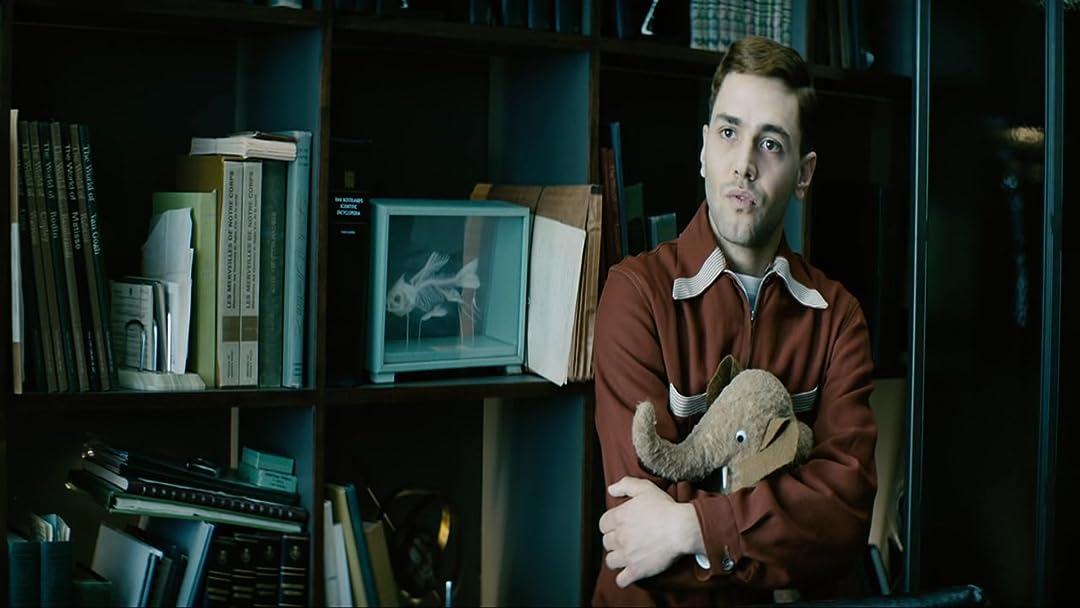 (168)
6.51 h 39 min201413+
When a psychiatrist goes mysteriously missing from a hospital that has recently been plagued by scandal, Dr. Toby Green (Bruce Greenwood) is called in to investigate before the news goes public.

AliceReviewed in the United States on January 17, 2019
5.0 out of 5 stars
I clicked play expecting to fast-forward ...
Verified purchase
I only gave this film a shot because of Bruce Greenwood. I stayed because it was a slow-burning, popcorn nibbler! Not a mind-bender or psychological thriller, just an old-fashioned mystery with a mental twist that developed at just the right pace! And the actors? Well played. Well played.
34 people found this helpful

Karen L. DunleavyReviewed in the United States on September 19, 2019
5.0 out of 5 stars
Stick in There... It Becomes more Intriguing as it Moves Along
Verified purchase
At first, I could not get into it, but then it grabbed ahold and I could not stop being intrigued. Why is the young man like this? Is he a horrible boy but there was something so traumatic underneath his actions. Some kind of pain that makes you pity him. When it hits and you find out, you can feel the pain of the young man. I wanted so badly for healing for him. The investigative DR. almost became a father figure to him and cared so much. Good character development and acting. Beautiful story. A great twist at the end I never saw coming. I cry with movies a lot and this one was a tear-jerker. It may be boring for many folks and reviewers were not keen on it. To me, it was an artistic masterpiece.
15 people found this helpful

Bruce G. FrykmanReviewed in the United States on March 4, 2021
5.0 out of 5 stars
A well performed cerebral tragedy
Verified purchase
I selected this movie without knowing anything about it from Amazon Prime and was most pleasantly surprised. There is a lot going on here, initially only hinted at and much of it off screen. As the story unfolds the pieces begin to fit together into a remarkably well crafted screenplay. Do not let the setting fool you, this is not a "One Flew Over the Cuckoo's Nest" redux. No nurse Ratched here, the primary characters are themselves quite sympathetic as implicitly revealed survivors of their own personal tragedies. The dialog is both economical and witty. Only once did a subtle double entendre need further explanation for the audience since it was a reference cited in French. In short, movie making at its finest.
5 people found this helpful

GGReviewed in the United States on March 23, 2022
5.0 out of 5 stars
The Beauty of Film when those behind it are truly Invested
Verified purchase
I was born in Cuba and even though was able to get out... I remember The places and times I was blessed to go to and experience. My Beautiful Mother's mom's side all lived a very comfortable life . Some lived in stunning places as you see at the beginning of this film, the work done On The ceiling was something I would stare at anytime I visited and All The Porcelain figurines, well you get The idea. But even down to the little boots The son was wearing when he runs over to try And get his Mother to even look at him instead week without saying a single word she coldly dismisses him. It's a great film and If you hang in, you will be rewarded. I know most people didn't experience going to see an Opera or their Top Ballerina (known and Respected in The Ballet World ) not just Cuba and would have not just sat through entire show, also enjoyed every minute. Sadly the man that promised my Beautiful island to make it better. Is The reason why soo much was destroyed never replaced and most of Havana is falling apart ( with The few they maintain for only tourism or Cubans that get their hand on American Dollars. Enjoy this movie and yes, Cuba was special and very advanced before a very smart Dictator took his Thrown and held on for 50+years.

The RavenReviewed in the United States on January 27, 2020
5.0 out of 5 stars
Xavier Dolan is a force of nature both as a director and as an actor
Verified purchase
As other reviewers have said, one must stick with this gem until the untarnished end. One might expect a cheap detective story as we see on American television, yet here is authentic human drama. Xavier Dolan might have written and directed this film, and such is a well-earned compliment, as those who are familar with his genius can attest.
7 people found this helpful

Richard A. ColeReviewed in the United States on August 6, 2019
4.0 out of 5 stars
A well done drama, worth the time to see
Verified purchase
This was a well crafted story with some actors who bring it the film to a higher level, than with a different cast. I heard that Phillip Seymore Hoffman turned the role down. I wonder how much better it might have been, had he accepted.
The story was difficult to follow at first, and the character of Michael added to it, yet made it a better movie. Even if your didn't like his character, it brought a interesting dynamic to the film. Greenwood was excellent as always.
I can say the ending was a surprise. It did cross my mind, but figures Michael would have liked to see the turmoil he caused. With that said, the ending was probably how he planned it, and intended it to be that way. To create in his death, the chaos and being able to make his final statement in such a powerful and final way. To leave more questions and pain that he would not have to answer.
A good dramatic movie worth watching and to pay attention to.
Thanks

JefferyReviewed in the United States on January 29, 2019
2.0 out of 5 stars
Really wanted to love this movie, but couldn't
Verified purchase
I'm a huge fan of Xavier Dolan, the actor and director of this film, and watched this movie believing it would be another of his triumphs. Unfortunately, it fell flat in acting, coupled with a story line that was perplexing to say the least. Sure, many people will like this film, but I fear many more will not.
10 people found this helpful

Angela C.Reviewed in the United States on April 19, 2019
4.0 out of 5 stars
Worth the time for true movie lovers.
Verified purchase
Much better than most of the crap out there. It has a lot of good stuff going on and beautifully made. Worth the time to see it.
14 people found this helpful
See all reviews
Back to top
Get to Know Us
Make Money with Us
Amazon Payment Products
Let Us Help You
EnglishChoose a language for shopping. United StatesChoose a country/region for shopping.
© 1996-2022, Amazon.com, Inc. or its affiliates