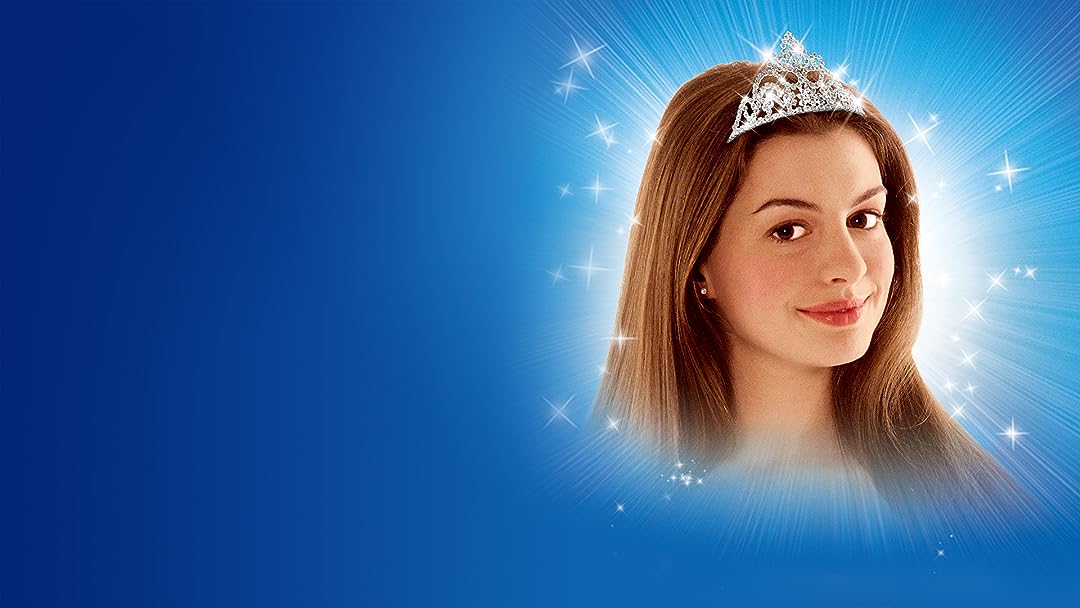 (6,529)
6.31 h 40 min2004X-RayNR
Anne Hathaway is Ella in the charming fairy tale adventure ELLA ENCHANTED. On the day of her birth, Ella is given the gift of obedience, which is also a curse. Under no circumstances can Ella refuse anything she is asked to do. Tired of being taken advantage of, Ella leaves home to find her Fairy Godmother and return her unwanted gift. This simple errand soon turns into an amazing journey.

Nessy, our underwater allyReviewed in the United States on January 27, 2019
1.0 out of 5 stars
Nothing like the book. Weird Sexual Innuendos. Not at all "as you wish."
Verified purchase
Ella Enchanted is 100 minutes straight of trope after endless overdone trope, CGI enhanced castles, juvenile slapstick, vaudeville/caricature that is ignorant of its own campiness, a terribly written screenplay with grating pacing, indecisiveness of which theme and genre mash-ups they're going for, but worst of all - weirdly uncomfortable sexual innuendo.

Don't believe me? Here's a list:
- Ella references how cute Char's butt is in her debate class. What?
- Gratuitous ogre butts
- I've only known you for a day but suddenly I'm going to make out with you
- This line: "I bet he showers naked!"
- The giantess had an extremely low cut skirt showing her hip bone and a good four inches below her belly button. I'm a prude, so I tend to overcompensate the other way when trying to judge these things - but anybody with eyes would scratch their heads to wonder why that was in a kid's movie.
- The ball-gown-to-mini-skirt-or-underwear trope (see also the live action Beauty and the Beast for this one). Huh? Why is this a thing?

If I were to take the genre of Czech Fairy Tales and find one single movie to express the exact polar opposite, it would be Ella Enchanted. It surprised me to see that this film is a UK production, filmed in Ireland. So why was it completely dripping in CGI? Totally unnecessary.

Note that it is radically different from the book, which is a fun YA fairy tale reimagining of Cinderella which I would certainly recommend (and the sequels, if you're eight or nine).

There are two fantastic parts of this film:
The spot on, hilarious performances of Lucy Punch (Hattie) and Cary Elwes (Uncle Edgar) - or should I say Wesley. You can't help but chuckle just seeing him in a caricature-y medieval role - and his deadpan and Hattie's obnoxious snorting are pretty much the only thing that are worth seeing. Once.

Unless your sweet child begs you to watch it, and then, of course you'll oblige, though hopefully not from being under the influence of any enchanted curse - which was a theme I think they downplayed in favor of a half-hearted attempt at our ultra-PC culture rallying cry of "you can be who you want to be" mixed with some pitiful peddling of democratic ideals.

kReviewed in the United States on September 8, 2019
1.0 out of 5 stars
nothing like the book
Verified purchase
If you like the book, you will be disappointed at this movie. I have no problems letting my daughter read the book, but I will not let my kids watch a movie full of inappropriate remarks, exaggerated kissing and provocative dancing. Yep. There are still people who do NOT like that in movies for children. I'm one of them.
19 people found this helpful

Nick FardianiReviewed in the United States on August 13, 2021
5.0 out of 5 stars
Campy, classic, really enjoyable
Verified purchase
Char is kinda dumb but he's sweet. (sidenote: Also, he REALLY didn't have to take off his shirt cause like his wound was only on his arm (in the ogre scene). It was a tiny cut and he doesnt have to be a baby about it.) References are nice, random rock music is strange but u roll with it. Nothing like the book but thats ok. After all, who didn't want the whole cast to break into a rendition of "dont go breakin my heart?" Wesley is an evil king and thats an interesting moment when u realize this. Anne hathway at her best. She has an interesting sort of millenial medieval look the whole time and it kinda works. Ella is very headstrong and possibly a good role model for young moppets. Shes an activist! Wow! And also, Areida popped up in a random Psych episode! Whaddaya know! And bend it like beckham but ive never seen that so (in chief bogo voice) i dont care. Ella and char are sweet when u get into the movie more. They make a lovely pair. KAFUNGA! (evil stepmother says this when those dudes are like defending the king when ellas storming the coronation and stuff. (it might actually be "how vulgar" but i do not believe this.)) Mandy is pretty ok, book dude is always pretty nice, slanen does his thing so i guess thats cool or whatever. I think..... Heidi klum's in this movie! She appears to be a random giant whos in love w slanen the elf so i guess thats cool? I kid you not, i have literally seen this movie 30+ times and i JUST. REALIZED THIS. Its weird but just watch it. fun for the whole family! :-)
4 people found this helpful

Tanis Coralee LeonhardiReviewed in the United States on July 27, 2020
5.0 out of 5 stars
Enjoy the musical numbers
Verified purchase
I suppose the easiest way out of the gift while Ella has it would be to change the meaning of the words that are directed as commands telling her what to do. A bit like protesters are trying to change the meaning of words from their original and true meaning to impure meanings these days. Sigh… Also a good reminder of a movie that not all people are pure in giving gifts and may instead give malicious gifts. Sometimes we have things forced upon us we never wanted in the first place just because the person doing the forcing wants to force additional social interactions with others in the future. Honestly, just do what Ella did and cut them out for eternity. We see time and again throughout the movie how the spell, so called a gift, targets tearing family apart. Ahhh, the evil Lucinda.

Good characters, many of which have parallels in personality and temperament in real life. I had a roommate just like Hattie when I was in college. I didn’t tell her I was moving out until I had already physically moved some of my belongings to my new dorm room just after Halloween which was her birthday. Yeah I can be a douche. Tis another way to combat the ‘obedience’ gift/spell/curse/behavior, get the person so mad they do not talk to you. Long way of saying it is possible to pull an ‘Ella Enchanted’ maneuver in real life. This is one of the movie-book pairings where I like the movie far better than the book. It fits as a musical and I greatly enjoyed Anne Hathaway’s singing.
4 people found this helpful

CarynReviewed in the United States on December 20, 2015
5.0 out of 5 stars
A whole lot of fun
Verified purchase
Such a fun movie! My five-year-old and I watched this together, and we loved it! I did have to pause it a few times to explain a few things, which is to be expected since I think the target audience is just a little older. She caught on quickly, though, and was quite enchanted...no pun intended. :-)

Adults may be a little skeptical about the special effects, as they are, well, not particularly expensive-looking. But if you can lose yourself in the story it's worth it.
16 people found this helpful

TreizReviewed in the United States on December 17, 2013
5.0 out of 5 stars
Fun movie that should be more well known (minor spoilers)
Verified purchase
I had a friend tell me about this movie a while ago, I had never heard of it, which is a shame because I really enjoyed it when I got around to checking it out. I don't know how this one got past me considering it has an excellent cast and a really fun theme.

Ella Enchanted is a modernized Fantasy mash-up with plenty of fun, song, and some interesting re-imaginings of classic fantasy tropes, characters, and relationships. Think Princess Diaries set in a Fantastic setting. This movie has a lot of fun with modern themes by realizing them in the fantasy setting, such as an open air mall with working wooden escalators. It also uses the fantasy setting as a lens to provide some minor social and political commentary, but more for fun than to preach. It's a quirky story with lots of unexpected twists on character types that when combined yield unusual and unexpected resolutions to classic problems. It's a fun and different fantasy tale well worth checking out.
13 people found this helpful

ChristineInClevelandReviewed in the United States on October 22, 2017
4.0 out of 5 stars
Something Old Made New Again!
Verified purchase
Really cute spin on the Cinderella story... refreshing & entertaining family movie! Reminds me of "Shrek" in style only with live actors. Wish they made lots more like these for those of us wanting to escape Hollywood's lack of imagination or creativity in so many adult movies now days....
9 people found this helpful

Nathan P. GilmourReviewed in the United States on May 4, 2022
5.0 out of 5 stars
We finally added it to our digital collection
Verified purchase
We've had this one on DVD for years, but we finally decided that, with all of our screens connected to streaming devices and only one with a working DVD player, we'd go ahead and get the digital copy.

I've heard it playing in no fewer than three rooms.
See all reviews
Back to top
Get to Know Us
Make Money with Us
Amazon Payment Products
Let Us Help You
EnglishChoose a language for shopping. United StatesChoose a country/region for shopping.
© 1996-2022, Amazon.com, Inc. or its affiliates