Elusive Promise (Off the Grid: FBI Series Book 4) and millions of other books are available for Amazon Kindle. Learn more
Share <Embed> 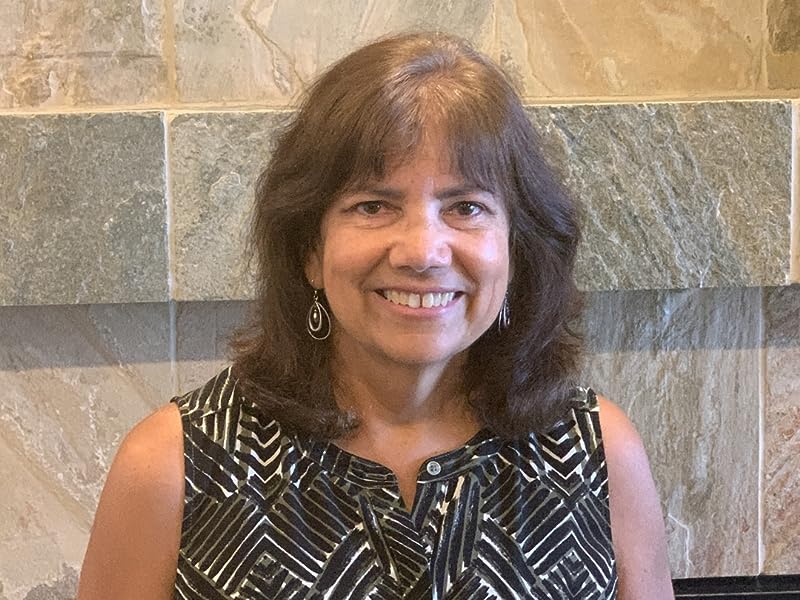 by Barbara Freethy (Author)
4.6 out of 5 stars 574 ratings
Book 4 of 11: Off the Grid: FBI Series
See all formats and editions
Sorry, there was a problem loading this page. Try again.

"The Waiting Room" by Emily Bleeker
From the bestselling author of When I’m Gone and Working Fire comes a gripping novel about a mother, her missing daughter, and the dark secrets that engulf them. | Learn more

Page 1 of 1 Start overPage 1 of 1
Previous page
Next page
Start reading Elusive Promise (Off the Grid: FBI Series Book 4) on your Kindle in under a minute.

4.6 out of 5 stars
4.6 out of 5
574 global ratings
How are ratings calculated?
To calculate the overall star rating and percentage breakdown by star, we don’t use a simple average. Instead, our system considers things like how recent a review is and if the reviewer bought the item on Amazon. It also analyzes reviews to verify trustworthiness.
Top reviews

Patti Lucas
5.0 out of 5 stars Another Incredible Romantic Thriller in the Off the Grid - FBI Series
Reviewed in the United States on August 12, 2020
Verified Purchase
Wow! Another wonderful story in the Off the Grid-FBI series. Barbara Freethy has once again delivered an incredible romantic thriller with Elusive Promise. I absolutely loved Elusive Promise, the fourth book in her Off the Grid-FBI series. Each book in the series keeps getting better and better. Elusive Promise had me guessing throughout the story as to who was behind the kidnapping and the other thrilling events. I could not out it down. I loved every page. I really enjoyed how the book was told from the perspective of the main characters. I love getting the insight and feelings from the different characters. Barbara Freethy has once again shown that she is a master storyteller. Elusive Promise is the story of Parisa Maxwell, an undercover FBI agent whose specialty is foreign languages and Jared MacIntyre, a CIA agent whose cover is a journalist. Parisa and Jared meet at the engagement party of one of Parisa's childhood friends, Jasmine Kumar. Parisa and Jasmine have not seen each other in more than fifteen years. Jared is at the engagement party as an uninvited guest. During the party Parisa and Jasmine go to talk in Jasmine's bedroom at the consulate, while in the bedroom a poisonous gas flows from the ventilation system. Jasmine is kidnapped wearing the family heirloom that Westley gave her as her engagement ring. Jared rescues Parisa on two separate occasions, once at the consulate and again at an FBI safe house. While they are searching for clues into Jasmine's kidnapping, and the attempts on Parisa's life, Parisa and Jaredshare secrets from their past and begin to explore their feelings for one another. Jared admits that he thinks that Jasmine's kidnapping is related to a bombing in Paris where April, his friend and coworker was killed. Parisa and Jared both reveal their true identities to one another. My favorite part of the story is when Jared tells Parisa that he wants to be her home. I really enjoy the poignant and bittersweet moments, the plot twists and the surprises that I have come to love and expect in Barbara Freethy's books and Elusive Promise did not disappoint. One of my favorite parts of the story are the poignant moments that Jared shares with Parisa when telling her about his mother's death and the moments they share at his childhood home. I love that Damon Wolfe, was Parisa's FBI contact in the story. I love catching up with the other characters from the series. I love how all Barbara Freethy's epilogues, wrap up the ending of the story and are always my favorite part of her books. Never would I have guessed who was involved the Jasmine's kidnapping and the attempts on Parisa's life, that was truly a surprise plot twist. I love how all the lose ends got tied up. I love the characters and the way she describes the locations in and around New York City. It was really an incredible story and I loved every page.
Read more
One person found this helpful
Helpful
Report abuse

Jeannie Autry
5.0 out of 5 stars Suspense, romance, spellbound from the beginning to end!
Reviewed in the United States on December 28, 2018
Verified Purchase
When reading the books in the Off the Grid series, you find yourself captivated by the hero and the heroine. In Elusive Promise, Jared & Parisa, don't disappoint from page one. Once you start, you can't stop reading until the end. Parisa has just finished an assignment and is attending the engagement party of a friend when she finds herself the sole survivor of a kidnapping. For me, this story truly defines the word suspense and romance very well. Spellbound, exciting and fun, yes fun, to read!
Barbara Freethy has done an excellent job of developing the story lines and the characters. I can't wait to find out who is stalking the Team 6 members!
Read more
2 people found this helpful
Helpful
Report abuse

avid reader
4.0 out of 5 stars Enjoyable read
Reviewed in the United States on December 30, 2018
Verified Purchase
I really liked this book and am happy with the continuation of the series. The book is well written, the storyline is intriguing and Jared and Parisa have a good chemistry. Since this is a continuing storyline, and Damon had a small role, I was a bit disappointed that Wyatt and Bree weren't involved.

*SPOILERS*
There were a couple of loose ends that bothered me... one of the big mysteries of the story was who invited Parisa to the engagement party but it was never answered and it seemed like a major plot point. Also, the series keeps setting Vincent Rowland up as the villan, but he didn't have much to do with this story and it felt like he should have.

Cathy-J'sGrams
5.0 out of 5 stars Excellent page-turner story
Reviewed in the United States on July 26, 2020
Verified Purchase
Excellent story that keeps you guessing from the beginning. This story unfolded gradually giving the reader just enough information to keep you wondering who was responsible for the kidnapping and bombing and if they were related. The characters of the story were believable and had purpose. Paris’s and Jared had a great connection and passion for justice. Romantic moments were tasteful and not graphic which is appreciated. Will look for more stories in the FBI series as readers enjoy page turning suspense with mild romantic scenes. Well done!
Read more
Helpful
Report abuse

Becca E H
5.0 out of 5 stars Excellent
Reviewed in the United States on May 8, 2020
Verified Purchase
Love this author, and this series. Barbara Freethy always delivers strong characters, and a great story. Looking forward to the next installment of this series.
Read more
One person found this helpful
Helpful
Report abuse

Kindle Customer
4.0 out of 5 stars Another sure winner
Reviewed in the United States on December 25, 2018
Verified Purchase
This novel keeps the reader glued to the pages....I thoroughly enjoyed reading another off the grid FBI series well written and a page turner...Barbara Freethy knows how to keep the reader in suspense....
Read more
One person found this helpful
Helpful
Report abuse

HPH
5.0 out of 5 stars Secrets Never Stay Hidden
Reviewed in the United States on January 12, 2019
Verified Purchase
Barbara Freethy again takes one on a harrowing journey. She always has the ability to wind the plot so tight but reaches out with her remarkable characters to reel you in to scarey reality. I never tire of her books and have read everyone.
Read more
One person found this helpful
Helpful
Report abuse

Kindle Customer
5.0 out of 5 stars Great!!
Reviewed in the United States on April 23, 2020
Verified Purchase
Wow, I love this book. The characters are wonderful, the suspense is great, and I just love Barbara Freethy's writing. The story unfolds so well and the romance is lovely. A totally enjoyable book.
Read more
One person found this helpful
Helpful
Report abuse
See all reviews

Lady-Anna
5.0 out of 5 stars GOSH WOW
Reviewed in the United Kingdom on May 16, 2020
Verified Purchase
Gosh big happening end of chapter 1 now what?
End of Chapter 5 had me wondering
More and more gripping as it continues and towards the end was a real hold your breath time. Then more intrigue
Brilliant ending but still possible issues I have now bought Dangerous Hub 5th book in the series
Read more
Report abuse

Jackie Colbert
5.0 out of 5 stars Elusive promise
Reviewed in the United Kingdom on February 19, 2019
Verified Purchase
Excellent story ...full of adventure, excitement, intrigue and a dash of romance for good measure!! Really enjoyed this book and can't wait for the next one!!
Read more
One person found this helpful
Report abuse

jd66
5.0 out of 5 stars Great book
Reviewed in the United Kingdom on July 27, 2021
Verified Purchase
Another fantastic instalment in this wonderful series. Unfortunately the Audible version wasn't complete but other than that the story was wonderful. I cannot wait to see what happens next
Read more
Report abuse

Kindle Customer
4.0 out of 5 stars Brilliant
Reviewed in the United Kingdom on August 14, 2021
Verified Purchase
2 excellent characters from 2 different agencies, fight to find the truth and stop the hell thats coming next. Loved it.
Read more
Report abuse

Mrs Shalie Wall
5.0 out of 5 stars Na
Reviewed in the United Kingdom on June 30, 2019
Verified Purchase
Brilliant read would recommend.
Read more
Report abuse
See all reviews
Back to top
Get to Know Us
Make Money with Us
Amazon Payment Products
Let Us Help You
EnglishChoose a language for shopping. United StatesChoose a country/region for shopping.
© 1996-2021, Amazon.com, Inc. or its affiliates