Elven Doom (Death Before Dragons Book 4) and millions of other books are available for Amazon Kindle. Learn more 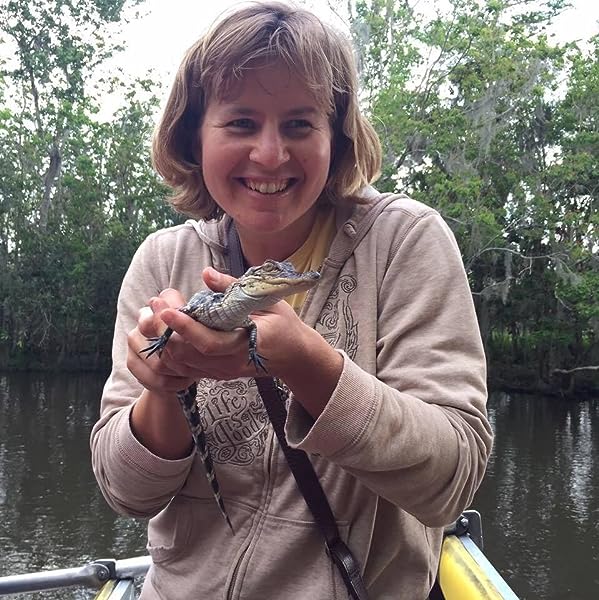 Start reading Elven Doom (Death Before Dragons Book 4) on your Kindle in under a minute.

4.8 out of 5 stars
4.8 out of 5
971 global ratings
How are ratings calculated?
To calculate the overall star rating and percentage breakdown by star, we don’t use a simple average. Instead, our system considers things like how recent a review is and if the reviewer bought the item on Amazon. It also analyzes reviews to verify trustworthiness.

Danielle
3.0 out of 5 stars Not the most interesting...
Reviewed in the United States on May 16, 2020
Verified Purchase
I generally really love Buroker’s books and was really looking forward to this release. So much so that I stayed up most of the night reading. In this fourth book, we see Zav and Val get closer, but Zav decides they can’t consummate because Val might murder him in his sleep and because of Val’s susceptibility to mind control. Ummmm.....what? This topic distracted from the story...kind of already seen this ‘avoidance of intimacy’ male heros in Buroker’s other books. I wish the focus was more on how they learn to work together, instead of this weirdness. I’d rather be learning about how dragon magic is so different from elven magic...especially if they’re performing the same action. Is Zav just keeping dragon magic a secret rather than any real differences? What about more on other worlds? Why did the dragons enslave Sindari with a charm? Do they do that to other creatures? And what about Val’s family...more of the family drama. What about Zav’s childhood and stories of growing up with his clutch brother? Idk, these topics are more interesting than the rather unrealistic bs coming from Zav...especially if he is an all arrogant, powerful dragon. For now, Zav just seems like he’s giving a flimsy excuse and doesn’t actually want Val or just a coward. Neither are that appealing and makes it difficult to want to read more (although the attraction comes through, which is a new development in this book). In conclusion, I’ll stick with this series, since the premise is awesome, but I hope we don’t continue to get some of the same detractors that we see in book4.
Read more
15 people found this helpful
Helpful
Report abuse

I'm sure others can do plot summaries better, so I won't rehash.
I will say that this series is fast becoming a favorite, and that is some stiff competition in my library.
I love the characters, the sarcasm, the world premises, the slow burn, the adventures. Lindsay does a great job and I wish the next book was out already!
I will definitely re-read all 4 books while I wait....multiple times.
Definitely recommend this entire series!
Read more
8 people found this helpful
Helpful
Report abuse

Annette deBellefeuille
5.0 out of 5 stars Another Excellent Series By a Favorite and Talented Author.
Reviewed in the United States on May 26, 2020
Verified Purchase
I’ve been reading Lindsay’s books for years and I am enjoying this one as well. Lindsay manages to create strong but imperfect (therefore believable) female protagonists who have interesting friends and challenging male partners who are strong enough to have independent and capable female partners. She melds LGBTQ+ characters with great ease and this time throws in an estranged teenage daughter. Her world building skills are consistent and credible, whether creating a completely different world than Earth- as in the Emperor’s Edge series (still my favorite), or adding magical characters such as dragons in this series. I appreciate her willingness to let us borrow books via Kindle Unlimited which I admit using with numerous authors to test drive the series like I would at the library, because I then start buying them and as in all of her series to date, go back and buy them. I’m retired, living in a limited income, and can no longer go to the library. I really like this series but, if I can suggest, try the Emperor’s Edge series as well. You won’t be disappointed!
Read more
3 people found this helpful
Helpful
Report abuse

phdvamp
5.0 out of 5 stars I just love this series!
Reviewed in the United States on May 26, 2020
Verified Purchase
Elven Doom is the fourth book in the Death Before Dragons series and this series keeps getting better and better! Val and Zav are still trying to track down the Dark Elves, figure out what their plans are and capture the two scientists on Zav's list. At the same time, Zav's sister has returned to Earth, is stalking Val and is determined to find proof that Val has ulterior motives toward Zav and should not be trusted.

I just love this series, there’s something about it that has totally clicked with me! It’s one of those books that I love so much that I want to read it as soon as it’s released, but I almost don’t want to read it because I know I’m going to finish it in a day and then I’ll be sad because I have to wait for the next book to be released. I love the characters, I love the sarcasm and banter and I love the relationship between Val and Zav. The book is well written, the characters are engaging, and I just cannot wait for the next book in the series!
Read more
3 people found this helpful
Helpful
Report abuse

L. Parsons
5.0 out of 5 stars Brilliant As Usual -or- Get To Work Lindsay
Reviewed in the United States on June 5, 2020
Verified Purchase
I cant say anything the other Fans have not said except, perhaps that I have a pretty good proofreaders eye and I was gratified to find a typo in this book! Way to go, me! This is about the 35th of Ms Buroker's books that I have read, and the first typo. Plot holes? Forgetabodit!

I would like to see 6-8 books in this series ( 10?!?!?!? ), and I am sure there is richness in the characters and plots to allow for at least 8.
What about Vals Father?
Travel to the world where chopper was made?
When will Zav have a book of his own, with Val as just one complication?
Val and Zav become the rulers of Earth for the Dragon council? Both have the required royal blood.
What does a half dragon, quarter elf, quarter human look like? What is her name and powers? Is she less, or more mouthy than her mother?
Even Demitri and Nin have complexity that can be expanded into stand alone books.

On the other hand, I miss Casmir Dabronski.

Kindle Customer
3.0 out of 5 stars This one was stressful
Reviewed in the United States on October 20, 2020
Verified Purchase
I've enjoyed this series a lot so far, but this one didn't click as much. Mostly this book stressed me out because a dangerous mission was extra precarious because it was set in a place where everything will kill you, nature is not on your side, and these kind of stories just really freak me out. And then the middle is frustrating because there are a number of choices that are not a good look for Val (impulsive and stubborn) but also seemed like they happened just for plot reasons and not organically. So those are both pretty big elements to not like but generally this was still a fun adventure with characters I enjoy and I'm really excited about some of the developments that we got outside of the main conflict, especially based on the epilogue. So, on to book 5 I go!
Read more
2 people found this helpful
Helpful
Report abuse
See all reviews

Langfool
5.0 out of 5 stars A brilliant addition to this ACE saga.
Reviewed in the United Kingdom on May 17, 2020
Verified Purchase
Im really loving this series. I like Val's silly sense of humour, the strong women who appear in it, Sindari and Val's wonderful friendship and of course the mighty Lord Zav and his uncertainty that's he's in control of anything. The thing that makes me love Val the most though is that she is 40 and a mother... every other character you hear of is in there early 20's. Which seems mind blowing to me because when i was in my twenties I didn't know my arse from my elbow.
Thank you for writing a character that is an older bad ass woman. Please do continue. :)
Read more
2 people found this helpful
Report abuse

Gene Richardson
5.0 out of 5 stars Absolutely worth waiting for.
Reviewed in the United Kingdom on May 21, 2020
Verified Purchase
loved this book, all the better for waiting for. The characters just keep getting better and I hope you write many more books in this series, please, please do. As the books expand so do Val and Zav's personalities, can't help but wonder if Amber and Zondia find common ground as teenagers and what lurks beneath the surface of the dreaded Shauna. Really looking forward to the fifth in the series.
Read more
Report abuse

E. J. Francis
5.0 out of 5 stars Brilliant
Reviewed in the United Kingdom on June 5, 2020
Verified Purchase
Have just read all four books in this series and was a little concerned re the tangle between human and dragon but as always Lindsey pulls it off with wit and humour. Really enjoying this series and very keen for it to continue and grow, would like to see Val visit other worlds and of course mate with a dragon!

Wonderful characters, all unique, each book is a different tale, can’t wait for the next
Read more
Report abuse

Eloise
5.0 out of 5 stars Fun and addictive
Reviewed in the United Kingdom on May 19, 2020
Verified Purchase
More exciting adventures and great humour, with some sizzling scenes between Val and Zav, and plenty of quirky moments with dwarves, elves, dragons and people. I love this series - the characters and banter are great fun and I’m getting really fond of them. I‘m also intrigued by how we’re gradually finding out more about different types of magic and the politics between all the different realms. Keep writing Lindsey, these are fabulous!
Read more
Report abuse

Bangizwe
5.0 out of 5 stars Excellent Read
Reviewed in the United Kingdom on May 4, 2021
Verified Purchase
Great story, I like Val and Zav immensely as well as many of the other minor characters. Adventure, action, plot twists, humour and romance - beautifully written and well crafted. I thoroughly enjoy this series and hope it continues. Highly recommended.
Read more
Report abuse
See all reviews