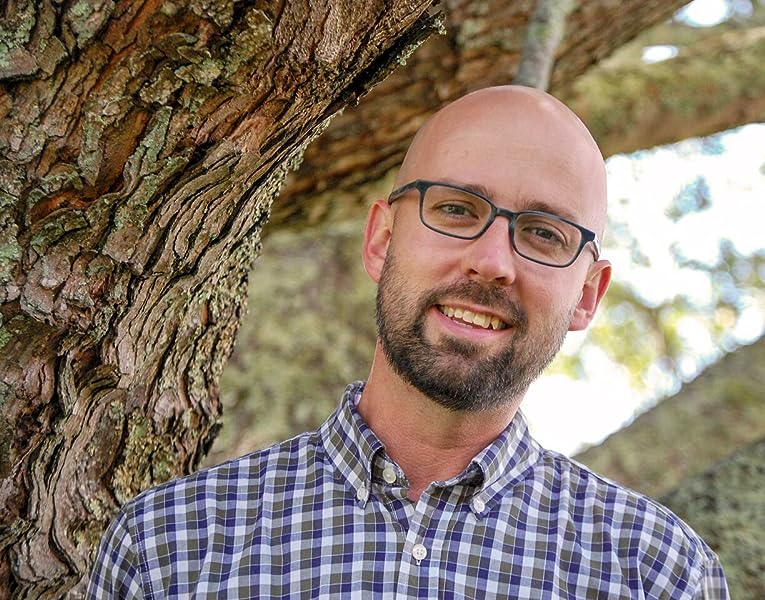 The end has come, and you'll be on the edge of your seat with all the twists and turns you've come to expect from this series. Honor, sacrifice, and surprises abound in this thrilling finale. --Carolyn Leiloglou, author of Noah Green: Junior Zookeeper and the Garage Sale Pet (Spork 2019), Library's Most Wanted (Pelican 2020)

S. D. Smith was born and raised in the hills and hollows of Appalachia, but spent many years in the foothills of the Dragon Mountains in South Africa. Sam loves spending time with his family, reading stories, and enjoying soccer. He lives in West Virginia with his wife and their four children.
Start reading Ember's End (The Green Ember Series Book 4) on your Kindle in under a minute.

4.9 out of 5 stars
4.9 out of 5
165 customer ratings
How does Amazon calculate star ratings?
Amazon calculates a product’s star ratings based on a machine learned model instead of a raw data average. The model takes into account factors including the age of a rating, whether the ratings are from verified purchasers, and factors that establish reviewer trustworthiness.
Top Reviews

J.&A.Bookworm
5.0 out of 5 stars Couldn't put it down!
Reviewed in the United States on April 3, 2020
Verified Purchase
(By Isaiah, age 11) I thought that S.D. Smith did a really good job giving every character a very important role in the story. When I started reading it, I thought certain things might not turn out well in the end. I even thought it might not fit the plot of the other books. But it all seemed to smooth out at the very end of the book. I also felt he did a wonderful job giving you the feelings of the characters in the book. After reading it, I feel like it was the best of the four books. The plot made me want to keep reading until I reached the end, which was the most satisfying part of the book. When the book flashes back between the characters, you want to read about both of them. It showed the difference between good and evil. The suspense is very strong as you read the book. That is why it was so wonderful.
I would really recommend reading this series of books.

Ed
5.0 out of 5 stars Words cannot even express...one of the greatest stories of all time
Reviewed in the United States on April 4, 2020
Verified Purchase
I discovered the Green Ember series in January, and since then I have read every book 3 times over. I cannot say enough about this series. Embers End in particular touched on every emotion. At times I laughed so hard my side hurt, and many times I cried more than I have cried in a long time from any book. This is a tale of suffering and endurance, of love and loyalty, of laying down your life for those you love and for what is right. Smith did such an amazing job bringing each character to life, I felt as if I was there, living each moment along side Picket and the others. And each pain they felt, I felt. Each victory, my victory. I have never loved a story as much as I loved this one. And I do not expect everyone to feel what I feel, writing is an art and not everyone has the same taste, but truly this was an exceptionally written work. Thank you Smith for sharing this part of you with the world!
Read more
8 people found this helpful
Helpful
Comment Report abuse

Rebecca
4.0 out of 5 stars Ok... I guess that was fine...
Reviewed in the United States on April 4, 2020
Verified Purchase
This book, all in all, was decently written, and, I'm sure my brother and sister will like it, although I may not have. The plot wasn't particularly memorable, and, after the third book, I couldn't remember what was supposed to be happening, or who on Earth some of these people were supposed to be. I may have been more interested in figuring that out than in the actual plot.

I will say that he does share some of Tolkien's writing, not necessarily the long, beautiful prosey bit, but instead a whole lot of the plot. I had just been on "The Lord of the Rings" and was reading this because I had read the previous books, and saw many suspicious character resemblances, such as the Pilgrim, to Gandalf/Strider. Gandalf, by the way, is known as "The gray wanderer" makes me wonder... Throughout the entire book I am sitting there, seeing repeated Tolkien copies, for instance how repeatedly he does Tolkien's "death thing." I almost expected Smalls to say "I was Smalls the Gray, now I am Smalls the White! Take that Saruman!"

Now that I have said that, the book is written well, minus a few more annoying plot holes, for example, study ecology for two minutes, thinking "Mending" the whole time. Ok, now that you've done that, think of giving all of the primary consumers eternal life, and think of the multiplying like weeds, after killing off almost all predators (we are talking about RABBITS here...) Sounds more like an Ending, than a Mending.

The bad guys seemed like perfect Nazis, using slogans that Hitler himself did, or would have if he had lived longer. Again, I'm not sure why any major predators would decide that committing a genocide, and then starving to death would be a good idea. The bag guys could have used a bit more humanization, then at least it would be more believable that the crazy intelligent rabbits are having trouble with a large group of hulking wolves. (Talking like a caveman doesn't denote intelligence.) Because, in reality, wolves are much more intelligent than rabbits, and use it to their advantage.

I felt like some points of the story were last minute thoughts, like the "D"s. (Trying not to spoil it!) And it seemed like the rabbits spent more time fighting among themselves than fighting their pittifully dumb, kamikaze style enemy. And the book got kinda gory near the end, so... Not for five year olds, we'll just put it at that. Can anyone explain how they can fly fore miles on GLIDERS? The Wrights got maybe two hundred feet.

The book itself has a decent plotline, although a used one. Makes me wonder why we always side with the hunted instead of the hunter, when we are more often the latter... Maybe because we want a change of perspective? Well, anyway, he had a lot of action, a couple cases of humor, although this is a rather serious book, and enough suspense to keep me reading, even though characters frequently die, then come back, then die again, and come back, and then die, like a crazy rocking horse of doom.

If you are reading to children, make sure they can handle twenty cases of people losing their arms, heads, and lives. If you don't like books where important characters die, this isn't for you.

This book has abundant plot twists and cliffhangers that will keep you, and perhaps your children, reading, or begging you to read. The story is completely full of little mysteries that should have been introduced earlier on, and a couple odd bits from the first book have been tied together, so, if you like rabbits with swords, fantasy, and want to share some of "The Lord of the Rings" with your children, read on!

Anonymous
1.0 out of 5 stars Gruesome torture and sociopathic behaviors... parents beware!
Reviewed in the United States on May 4, 2020
Verified Purchase
This series started with adventure and despair, but with impressive wordplay to intentionally not be graphic in describing the violence that comes with rabbits and wolves sword fighting; phrases like “the wolf fell, never to rise again.” Or, “his arrow found its mark and the preylord fell from the sky.”

In the third, and fourth book especially, we read about mass child sacrifices. Cruel torture and using hot irons to brand rabbits — just because they enjoy inflicting pain. There is detailed, gruesome descriptions of hot metal claws attached to gloves hands as a cruel weapon in order to sear bound victims. Limbs are cut off, eyes are stabbed through, rabbits are intentionally maimed, faces and eyes burned, and stories of wicked torture and sociopathic tendencies are explored. Much of this adds no value to the story other than “wow, these hawks/rabbits are truly evil.”

The author compels in the first book with a wonderful story that seems to intentionally be “safe” and age appropriate in its wordplay, and then goes out of his way in the last book to express evil and describe torture for torture’s sake.

While S.D. Smith is a talented author, I am beyond disappointed in how he wrote the last two books (the fourth being the worst).
Read more
5 people found this helpful
Helpful
Comment Report abuse
See all reviews from the United States

suzie
5.0 out of 5 stars A beautiful ending
Reviewed in the United Kingdom on April 26, 2020
Verified Purchase
I have really enjoyed this series and the final instalment did not disappoint. Really worth the read. Well done Mr Smith!
Read more
Helpful
Sending feedback...
Thank you for your feedback.
Sorry, we failed to record your vote. Please try again
Report abuse

PN
5.0 out of 5 stars Amazing!
Reviewed in the United Kingdom on March 31, 2020
Verified Purchase
This is the best in the series!
Read more
Helpful
Sending feedback...
Thank you for your feedback.
Sorry, we failed to record your vote. Please try again
Report abuse