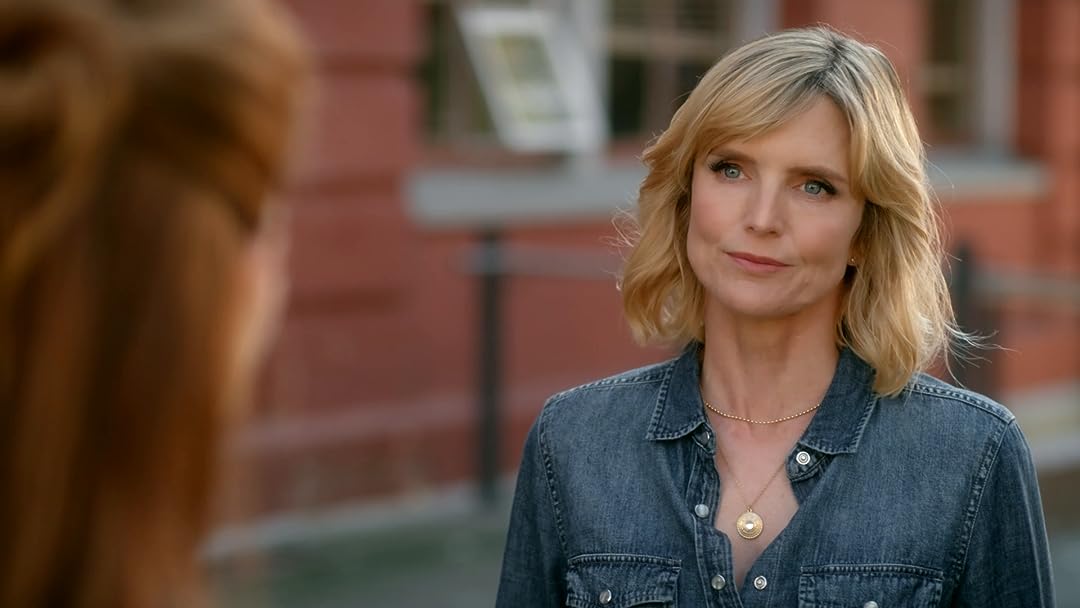 JRReviewed in the United States on February 27, 2022
2.0 out of 5 stars
Just Okay
Verified purchase
The main character falls flat. She is neither intelligent nor very interesting. It is more of a pain to see her make stupid choices over and over again. if you want some background noise or something to pass the time, this would be the series for you.

PSReviewed in the United States on October 7, 2021
5.0 out of 5 stars
Good
Verified purchase
Hallmark should have made more episodes. This is a good series. I found it enjoyable.

H. BalaReviewed in the United States on October 30, 2021
4.0 out of 5 stars
"...the woman whose heart is snares and nets"
More Bitter Than Death is the third movie to feature Professor Emma Fielding, the Indiana Jones of cozy murder mysteries. This time, trouble finds Emma not on-site at some ancient dig but, rather, in the halls of academia, in fact, her stomping grounds at Kenzer College. Never doubt it that Emma would always rather be in the field. But one also has to put in time at the office.

This year, Emma is stuck with the administrative duty of hosting a gathering at the Association for the Study of American Archaeology. See her hobnobbing with her peers, some of whom are pieces of work. Such as Professor Paula Winter (Courtney Richter) from Boston, a smug sort who delights in getting those nasty digs in against her colleagues. There's Dr. Scott Turner (Matty Finochio) from Covington College who's unearthed a pre-Columbian artifact. And Prof. Carl Biberman who can't help but act shady. Heck, even Emma's old flame and distinguished British archaeologist, Duncan Thatcher (Mark Valley), has shown up.

These profs are more stirred up than usual. It's to do with Emma's friend, Prof. Althea Harrison, Dean of the School of Archaeology and president of the ASAA. She's due to retire from the presidency and expected to announce her replacement at the soirée Emma is hosting. Althea's is considered the most influential position in the archaeological field. You can see why folks are worked up. But why is Althea behaving so strangely? She seems skittish, out of sorts. Emma overheard her muttering, "More bitter than death..." And why is Althea wanting to speak with the sheriff and with the head of campus security?

On the upbeat side, Emma's detecting buddy from the FBI Antiquities Division, Jim Connor (James Tupper), has turned up, what with Emma having wheedled him into giving a speech on forgery and crime on archaeology, just something to spice up the evening. Jim's handy to have around, especially when a shocking death goes down at the party. I say mission accomplished on spicing up the evening.

Toss in a break-in, an act of arson, a secret society, the theft of the oldest skull in New England, and a rare neurotoxin from poison dart frogs found only in South America, and the local constabulary has got their hands full. Toss in, also, a side story to thicken the plot involving two of Emma's students, Carrie and Joe, as Joe attempts to pledge at a snobbish fraternity.

I don't know exactly what it is that I like about this series. It's certainly not because I'm a longtime fan of Courtney Thorne-Smith since I haven't seen much of her anywhere onscreen. But I do like how she carries herself in this series. She interprets Emma Fielding as this almost unintrusive sleuth. And maybe that's why I like this series: it's a matter of addition by subtraction. One of the most frustrating mystery series put out by Hallmark Movies & Mysteries is the Aurora Teagarden series. I normally like Candace Cameron-Bure, but not so much as Aurora. Aurora is the sort of aggravating amateur gumshoe that thinks she's above the law. I wasn't down with her hubris, and how oblivious she is in her dealings with people, and how she always gets underfoot of the admittedly often plodding police investigations. In contrast, Emma is unobtrusive and tactful and works with the law. No, Emma isn't some vibrant personality with oodles of energy. What she is, is grace under fire, and what she has is this quiet charisma. She projects this sense of serenity. It makes me want to look up Dana Cameron's novels.

For the swoony types wondering if there's any progress with Emma and Jim's will they, won't they relationship, all I'll say is that maybe having Emma's ex around will prove to be a catalyst. Or maybe it won't. It's eye-rolling to me that so many other characters assume that Emma and Jim are dating. It's a bit contrived, Hallmark, but, hey, I'm up for a mature romance.

It's a solid mystery. No end of suspects and red herrings. I do have some nitpicks. It's a bit unbelievable to me that Emma can just walk into the campus building at night and into the unlocked office of someone who had just been murdered. And then there's the very convenient last-minute rescue at the end, courtesy of the very timely retrieval of a lost memory and oh, hey, here's a side door.