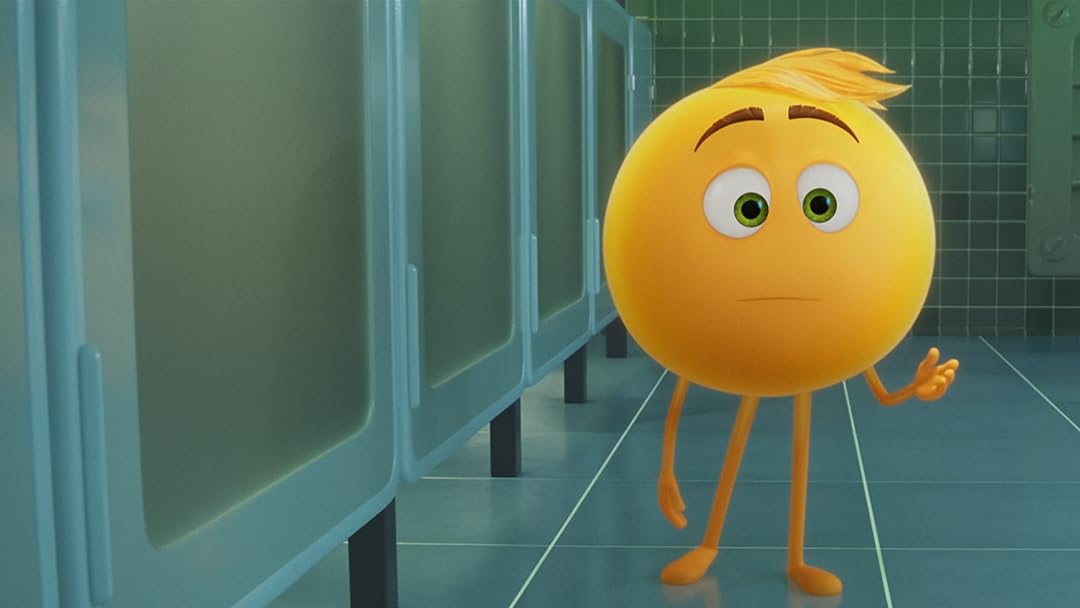 (25,943)
1 h 26 min2017X-RayHDRUHDPG
Discover the secret world inside your phone where all the emojis live. Three emoji friends go on an epic “app-venture” to save Textopolis!

Movie NerdReviewed in the United States on July 28, 2019
4.0 out of 5 stars
Why the hate, ignore the bad reviews
Verified purchase
I'm sad to say I waited a very long time to see this movie because of the horrible reviews but I really liked this movie. It has good humor a decent story line, likable characters and great voice acting.
A lot of people decided they hated the idea of the movie before they saw it and worse wrote terrible reviews without seeing it.
The movie has a good uplifting story about how being different is ok and you don't have to change your personality just because you're not there same as everyone else.
One review complained that the movie acts as if teenagers can't put their phones down, apparently the reviewer must not know any teenagers. After raising 3 I can tell you that even when they sleep their phones are in their hands.

D. LopezReviewed in the United States on February 20, 2020
5.0 out of 5 stars
The Emoji Movie DVD rated PG
Verified purchase
I purchased The Emoji Movie DVD for $5 for my granddaughter because it was no longer on Netflix. She loves this movie. I was a little skeptical as to whether it was new or used due to the price because it didn't say new. I was pleased to find out it was brand new in the manufacture plastic.
17 people found this helpful

LokagosReviewed in the United States on September 6, 2018
1.0 out of 5 stars
I give this film 5 poop emojis.
Verified purchase
For a movie dealing with emotions it failed to stir up any. Well at least non of humor or whimsy, felelings of boredom and disgust nailed it. Typical Hollywood cashing in on a trend and placing products in a movie that had nothing to do with the story. This movie has Patrick Stewart as the Poop Emoji. They had Capt. Jean Luc Picard and they wasted his talent and gave him maybe 3 lines in the movie. This man can carry a film, a show, an iconic television series, a play on stage, a beer commerical, and pretty much anything he touches and they botched it. Patrick freaking Stewart was in this film and even that could not salvage it.
12 people found this helpful

C. WhiteReviewed in the United States on August 21, 2018
5.0 out of 5 stars
Making memories
Verified purchase
We had purchased this movie for my daughter and she loved it. She talked about it so much last time she saw her MawMaw that we bought her this copy as a surprise. Now they call each other and watch the movie together even though we live 7 hours away. It was a brilliant and cheap way of keeping them close.
16 people found this helpful

WadeReviewed in the United States on January 21, 2021
3.0 out of 5 stars
Mildly amusing
Verified purchase
I vaguely recall this was widely panned, critically and in ticket sales, when it was released. So with that kind of expectation going in, and I was happy to find that it's actually a pretty decent movie.

It does tries a tad too hard on some of the emoji jokes, such that some fall flat, but there are plenty which do land.

I would have given it four stars - being what the movie itself is worth - but for the very mediocre UHD blu-ray quality. 3D animated movies - when mastered well - are exemplars for UHD blu-rays. This one is not done well. There's no Dolby Vision support, so you're stuck with 10-bit colour, and posterisation is rampant. This is particularly problematic when the main character is a yellow sphere - rendered uglified with bands of flat yellow shades, rather than smooth gradients.

El MiodragonReviewed in the United States on January 24, 2019
1.0 out of 5 stars
Yawn
Verified purchase
My kids were eager to see this but I found this such a bore. The characters are not very likable and, really, a movie about emojis? I'm pretty sure I fell asleep a couple of times during the movie. My older child found this boring and the younger one thought it was 'pretty good'. This is a child that loves every animated movie but this couldn't impress this easy-to-please little one. Oh, look, a poop emoji. Clever. And by clever I mean, it wasn't clever.
9 people found this helpful

MlwReviewed in the United States on November 23, 2017
1.0 out of 5 stars
i thought i repressed these memories
Verified purchase
I could actually feel my brain cells dying. I hope to repress this along with other traumatic childhood memories. Clearly written by a stranger to emoji and teen culture. The cliche was suffocating. If you want to cause yourself physical pain, I strongly recommend. Causes lasting trauma and psychological damage. Sent me into a depressive spiral. The characters disturbing dependence on technology to the point where the malfunction of such resulted in the deterioration of their social life was depressing. I know now my crush won't go out with me unless I buy the iPhone X.
66 people found this helpful

Jim JesusReviewed in the United States on March 26, 2022
1.0 out of 5 stars
A terrible movie. Exactly what I wanted.
Verified purchase
This is not a so-bad-it's-good movie. It's not a movie that's fun to watch with friends to mock it. It's a chore to sit though.

The movie is soulless and the jokes are very one-dimensional. At the end of the day it is just a giant billboard for apps like Facebook, DropBox, Candy Crush, YouTube, and Just Dance. None of the product placements are subtle or creative; it's blatant and shameless.

I will say there's something about Sir Patrick Stewart playing the role of his life; the Poop Emoji. 💩 And there was one clever joke about emotions. Other than that, it's a miserable slog.

I wanted a legitimately terrible movie in my collection and now I do in all of it's 4K HDR glory. At some point I want to listen to the director commentary to hear exactly what was going though their heads when they created this monstrosity.
See all reviews
Back to top
Get to Know Us
Make Money with Us
Amazon Payment Products
Let Us Help You
EnglishChoose a language for shopping. United StatesChoose a country/region for shopping.
© 1996-2022, Amazon.com, Inc. or its affiliates