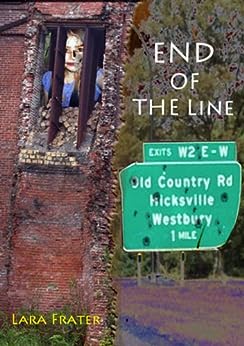 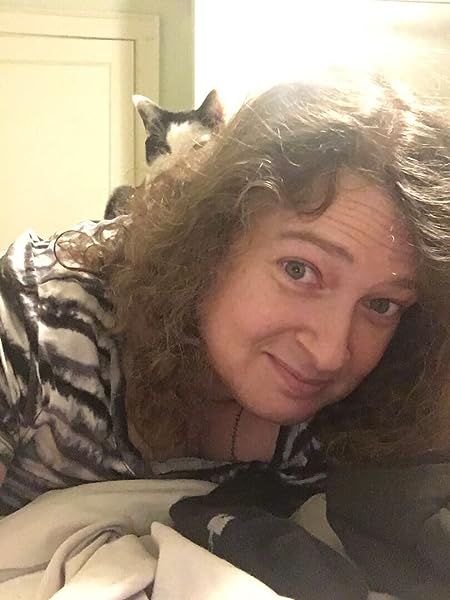 by Lara Frater (Author) Format: Kindle Edition
See all formats and editions
Sorry, there was a problem loading this page. Try again.
Ten months ago a worldwide flu epidemic decimated the world's population-but some won't stay dead. A group of survivors have been hiding in a warehouse store in Long Island to avoid the zombies have now decided to see if any hope of civilization has survived. Six very different people narrate End of the Line: Rachel a depressed nurse with a deadly secret. Jim, an optimist and gay man who believes his husband may still be alive, Tanya, a former thug, adjusting to being a leader, Ashley, an elderly woman who knows she only has so long to find her children and grandchildren, Dave who thinks that the military will eventually rescue them and Princess, a cold hearted woman, who can shoot any target with deadly accuracy. End of the Line is not only a story about zombies, but also a story about starting over.
Read more
Previous page
Next page

I’m a big fat girl who loves to write. I split my writing time into very different but sometimes overlapping worlds.

In 2005 I published a non-fiction book Fat Chicks Rule! How to Survive a Thin Centric World. It was a guidebook on being a big girl in a thin world and included information on how to fat positive books, movies, and TV, where to find fashion, comfortable seating, and how to deal with fat hatred. A few months after the book was published, I did a companion blog with the same name that I still update it every Monday.

In 2012, I published End of the Line the first in the series of three zombie novels that takes place in a world almost dead of the flu and having to deal the zombies who rose from the ashes. End of the Line was followed by Stuck in the Middle in 2013 and Full Circle in 2014.

I am also working on a three book dystopian series called Welcome to Pluto. I hope to have the first book out in 2016.

I live in New York City, am married to follow author Jonathan Frater and have lots of animals and people in my house. I’m in need of an exterminator or an obedient Dalek.

3.9 out of 5 stars
3.9 out of 5
20 global ratings
How are ratings calculated?
To calculate the overall star rating and percentage breakdown by star, we don’t use a simple average. Instead, our system considers things like how recent a review is and if the reviewer bought the item on Amazon. It also analyzes reviews to verify trustworthiness.
Top reviews

John
3.0 out of 5 stars Life in the aftermath
Reviewed in the United States on May 4, 2014
Verified Purchase
Lara Frater tells this story of survival during the zombie apocalypse as seen through the eyes of six different characters in the same group. They, and others, have lived together for months inside a major shopping warehouse; the group size is limited to only 20 people - when replacements are needed, new survivors are screened and chosen by committee - acceptance is based upon the individuals' talent and current needs of the small group. The warehouse is a fortress and filled with enough supplies to last them for years. Everyone has a specialty (plumber, carpenter, sharpshooter, nurse, cook and teacher, farmer, et al), all working long hours to support the small community. The group has established rules to live by and elected a single leader to call the shots and manage their small democratic world.

Each of these six segments are written in the first person POV, keeping the story moving and offering readers an insight into their thoughts and background. They learn that small groups and individuals continue to survive on the outside among the zombies, and most everyone in the warehouse is longing to know the status of loved ones who were separated at the beginning of the flu pandemic - are they alive, dead, or roaming the streets as zombies. Without vehicles or other modes of transportation, travelling by foot is suicide and closure may never come to individuals with the group. Their only view of the outside world will continue to be from the roof of their building.

As luck would have it, one of the new replacements is a young college kid with a background in biotechnology. He successfully converts the semi trucks to run on vegetable oil - something they have tons of in inventory - and makes it possible for a team to finally go out and search for answers and ammunition. This is where the real story begins...

The mission is somewhat successful...they do find loved ones and know the whereabouts of others. However, on their return to the warehouse with the news, the truck quits and leaves them stranded twenty-five miles from home. The team also learns that something evil is coming and threatens to exterminate them all. Is there a way to escape? Where to go? Who will survive?

"End of the Line" kept me interested and anxious to see how it turns out, but I am frustrated with the amount of disrupting errors in this tome. My favorite is the use of "passed" instead of "past" and a ton of others. If the author was to invest in a professional line editor or proofreader, I would have given the work five stars. Please consider this for your next two sequels.

Debra Allen
4.0 out of 5 stars Overall, a good read
Reviewed in the United States on March 25, 2014
Verified Purchase
This is a good story and I found myself liking it more than I thought I would at first. As others have mentioned, it could definitely do with an editor or at least a proofreader. I've certainly read books with more and/or worse editing errors but they happened enough in this book that it would take me out of that world just a bit when I'd spot another one.

And that's a shame because the author does have talent and has come up with a good story. She does a good job of building characters and making you interested in what will happen to them (and in some cases, what has happened to them in the past that we don't know details about yet).

The book is written from the perspective of several different characters and I was impressed that, overall, she did a good job of making them each distinctive voices and personalities. There were some characters I didn't really like much but once I read the chapters written in their voice....Well, I didn't necessarily like them much more but I did understand them better and was a little more empathetic.

I liked this book well enough that I bought the sequel as soon as I finished this one. I'll get the third in the series as well when it comes out. I'd recommend both books...though I do wish she'd at least find someone willing to proofread for her. I'd have rated this 5 stars if not for that.
Read more
Helpful
Report abuse

Kathy
4.0 out of 5 stars Definitely Worth a Read
Reviewed in the United States on September 7, 2013
Verified Purchase
This book was about a group of survivors after a flu virus turns people into zombies. It follows several characters throughout the story in their lives in the warehouse and also in the outside world. It starts from the viewpoint of the "leader" of a group of people living in a warehouse named Rachel. She's a dour sort, kind of self-absorbed (in my opinion) and I'm not sure how I feel about her "story" or viewpoint being the introduction to the book. I almost didn't finish the book due to the introduction having her as the main focus. If this part of the book was inserted later after a few of the other characters, it probably would have helped the story in the long run.

Don't let the beginning of the book deter you from reading this book, however, as once I got past Rachel, I enjoyed it immensely. Ignore the random character crazy introductions in the beginning of the book and focus on the following characters as they are the ones that matter, in my opinion. There are other characters that are major players in the story, but if you focus on them too much, the amount of characters will overwhelm you as most of them don't matter and are not developed enough to give two squats about them.

I liked the way the author wrote the scenes where it didn't scream at you but instead meandered amongst the ruins of life with a casualness that felt normal and how a real person might experience it. With some editing this book could easily be up there with the five star books. I will be reading its sequal when it comes out later this year.

Will Myers
4.0 out of 5 stars Good book in need of editing.
Reviewed in the United States on October 5, 2013
Verified Purchase
I really enjoyed this book. I liked the different character POVs that were used in the storytelling. I thought that each of the five characters had distinct enough voices and backgrounds that they were easy to tell apart and were engaging, even if I didn't like Dave. Maybe that was the point, to make him unlikable.

The one downside to this book is the editing. There were quite a few places where extraneous commas were used or there should have been some punctuation and wasn't or a few misspellings. I find this funny, since one of the characters corrects herself on her own grammar. I have to admit that when the POV changed from the first character to the second character, I was a little thrown off, because I wasn't expecting it.

Overall, the book was really good and if Ms. Frater has gotten herself a dedicated editor, I am looking forward to the sequel.
Read more
2 people found this helpful
Helpful
Report abuse
See all reviews

Ms. Marianne Asher
3.0 out of 5 stars If you like zombie novels, try this
Reviewed in the United Kingdom on July 30, 2015
Verified Purchase
Good read
Read more
Report abuse
See all reviews
Back to top
Get to Know Us
Make Money with Us
Amazon Payment Products
Let Us Help You
EnglishChoose a language for shopping. United StatesChoose a country/region for shopping.
© 1996-2021, Amazon.com, Inc. or its affiliates