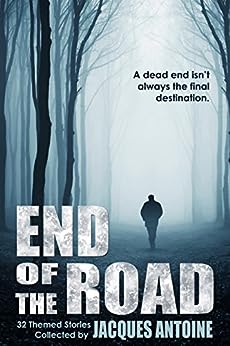 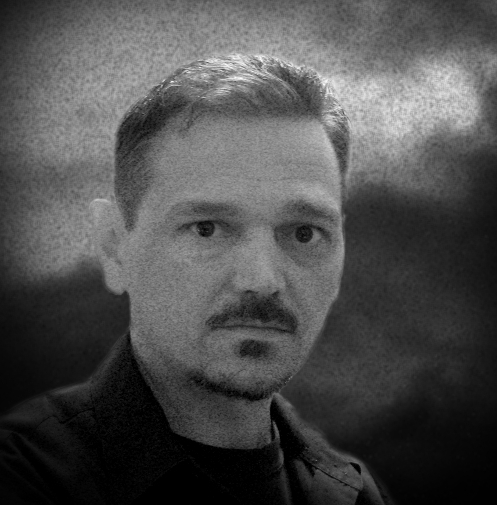 End of the Road Kindle Edition

by Jacques Antoine (Author), Russell Blake (Author), Saxon Andrew (Author), Jeanette Raleigh (Author), Traci Tyne Hilton (Author), Dale Roberts (Author), Jess Mountifield (Author), Alison Blake (Author), Brandon Hale (Author), Michael Meyer (Author), James Rozoff (Author), Robert C. Thomas (Author) & 9 more Format: Kindle Edition
See all formats and editions
Sorry, there was a problem loading this page. Try again.
Roads end. They begin somewhere, too. In between, all manner of things happen: friendship, betrayal, horror and maybe even joy. For some, the End of the Road brings love and happiness, for others agony and suffering, and for a precious few, sorrow may lead to something revelatory. The potholes and pitfalls found in this anthology are many, but for every character, there is an end of the road.

This road ends in a collection of short stories by 25 of the most gifted writers of our time. Intended for lovers of short fiction everywhere, the End of the Road is a must read for anyone intent on keeping current with the literary scene.

Kindle Customer
3.0 out of 5 stars Started well
Reviewed in the United States 🇺🇸 on November 10, 2021
Verified Purchase
But I think it by lost steam about half way, I enjoy original shorts but many stories were too clique, some made little sense, ending with a zombie story, some people get off on that, some don't, preceded with typical, ageism, horror, ghost, superstition, folk, murder, political war, war, global destruction, alien invasion themes.
Read more
Helpful
Report abuse

C. Johnson
5.0 out of 5 stars This is a collection of short stories -- not a novel!
Reviewed in the United States 🇺🇸 on February 10, 2014
Verified Purchase
I get the feeling some reviewers, those who gave a one or two star, don’t get this is an anthology – a collection of short stories written by different authors. Obviously it is not going to read like a novel, with each story being a chapter. No wonder some of those reviewers were confused if they expected that to be the case!

I loved the stories, beginning with the very first, by Brandon Hale. I have a soft spot for magical but poignant love stories.

It was fascinating to me how each author managed to create a story in his own genre, yet keeping in theme with the book’s title. Depending on what is your preferred genre, you will definitely like some stories more than others – I know I did. But it was not really a reflection on the quality of the writing, but just what type of genre I prefer to read.

Since it is a free book, anyone looking for short stories is foolish to pass this one by. You will definitely discover new authors whose books you want to read.
Read more
11 people found this helpful
Helpful
Report abuse

K. Wiedemann
4.0 out of 5 stars Great selection of short stories
Reviewed in the United States 🇺🇸 on July 25, 2014
Verified Purchase
I enjoy reading short stories. I feel the various authors must work especially hard to get their narratives across without adding unneeded verbiage. That said, I feel this collection has done a good job, for the most part ,in including stories that follow a theme but are vastly different in content. You can't please everyone with every story, and one or two were tiresome in my view, but overall they were a thought-provoking read. If you enjoy the short story genre , I recommend this collection.
Read more
3 people found this helpful
Helpful
Report abuse

Amazon Customer
3.0 out of 5 stars Mixed bag: you'll love some, you'll hate some, some are just OK
Reviewed in the United States 🇺🇸 on November 15, 2013
Verified Purchase
This is an anthology of short stories based on the theme "the end of the road." About 2/3rd's of the stories deal with death: one's own or that of a loved one. Some stories i enjoyed very much. Some stories I very much did not enjoy. Most were in between. Some stories are very sweet, some are very rough. One I liked was called "Sans Cinderella," by Traci Hilton, in which the Prince decides he likes one of the plain stepsisters.
Read more
6 people found this helpful
Helpful
Report abuse

Austintacious
4.0 out of 5 stars Multiple authors provide short stories
Reviewed in the United States 🇺🇸 on July 9, 2015
Verified Purchase
This is a series of short stories by multiple authors, all with a theme of "end of the road". The stories are based on the authors' interpretation of that phrase. Some of the stories were really good and I wanted to read more from those authors. Some of the stories were mediocre, but there were enough stories to entertain me.
Read more
Helpful
Report abuse

BirdieTracy
4.0 out of 5 stars Quite A Collection
Reviewed in the United States 🇺🇸 on November 8, 2013
Verified Purchase
I enjoyed reading this book. Most of the stories were very well written and even haunting. It was also a great introduction to authors I've never read- which I have always believed an anthology of stories from different writers should aspire to.

Of course there are a few stories that were unappealing to me, but that is to be expected. There were many more hits than misses.
Read more
10 people found this helpful
Helpful
Report abuse

Kindle Customer
4.0 out of 5 stars End of the Road - How will your story end.
Reviewed in the United States 🇺🇸 on February 15, 2015
Verified Purchase
End of the Road. We will all be there one day. I found this to be an interesting collection of stories and a glimpse into the minds of the authors. Some were pretty weird to say the least. Other stories felt like they may have been from experiences with someone the authors knew. Overall I enjoyed the book.
Read more
One person found this helpful
Helpful
Report abuse

Aurora M. Long
4.0 out of 5 stars Well worth the read
Reviewed in the United States 🇺🇸 on March 10, 2015
Verified Purchase
Another story collection I would like to be able to give 3 1/2 stars. Not a mind-blowing work of art, but good. Stories flow well and keep the pacing lively while also having enough character development to make the reader worry about the characters. I would recommend, especially if you like zombie stories.
Read more
One person found this helpful
Helpful
Report abuse
See all reviews

woody
4.0 out of 5 stars Good collection of short stories
Reviewed in the United Kingdom 🇬🇧 on August 7, 2017
Verified Purchase
Bit of a niggle that Russell Blake’s name is shown next to Jacques Antoine on the UK Amazon website, and his book is Not included in the 25 short story edition that I downloaded in the U.K. via Amzaon.co.uk . In Amazon.com edition it has 31 short stories in it. Some of the missing authors in the UK edition are:
Russell Blake
Traci Tyne Hilton
Dale Roberts
Shirley Bouget
Camellifolia
I suppose that this is due to copywrite reasons?
Overall the book is an excellent way of introducing new authors. It amused me when the authors got in the phase “The End of the Road” as that was the theme of the book. With 25 different stories, it would be hard to like everyone, but this book gives the opportunity to discover and sample different genres, and authors you may never have heard of before. Well worth trying. It’s free.
Read more
Report abuse

Around Robin
3.0 out of 5 stars A mixed and diverse selection
Reviewed in the United Kingdom 🇬🇧 on June 13, 2014
Verified Purchase
Some short stories work better than others; a few entries in this collection appear to have been pruned a little too far in that they finish so abruptly, and that is actually quite dissatisfying. There again, we have here a reasonably good mixed bag of styles, genre and settings; though I think reading short stories of this nature has merely re-enforced in me the fact that I prefer to become engrossed in a full-blown novel.
Read more
Report abuse

K.CUNNINGHAM
4.0 out of 5 stars A great insight into new authors
Reviewed in the United Kingdom 🇬🇧 on May 14, 2014
Verified Purchase
I really enjoyed reading these shorts. Each had their own theme and voice and not repetitive as some collections can be. A lot of new authors to go and discover after reading their shorts and ones here you'll want to read again.
Read more
2 people found this helpful
Report abuse

Albie Benson
4.0 out of 5 stars Average of four stars.
Reviewed in the United Kingdom 🇬🇧 on September 14, 2013
Verified Purchase
I downloaded this a couple of days ago and must admit to being very pleased with all the stories. Okay some are better than others, but I won't say whose, because you know what writers are like (nudge, nudge, wink, wink). I gave each individual story a rating, added them all up and worked out an average. The average was four stars. I recommend this to readers, especially as it's free.
Read more
11 people found this helpful
Report abuse
See all reviews
Report an issue
Does this item contain inappropriate content?
Report
Do you believe that this item violates a copyright?
Report
Does this item contain quality or formatting issues?
Report