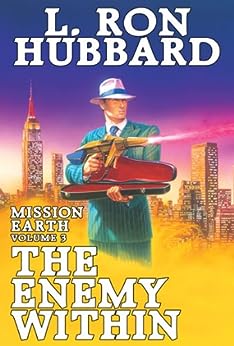 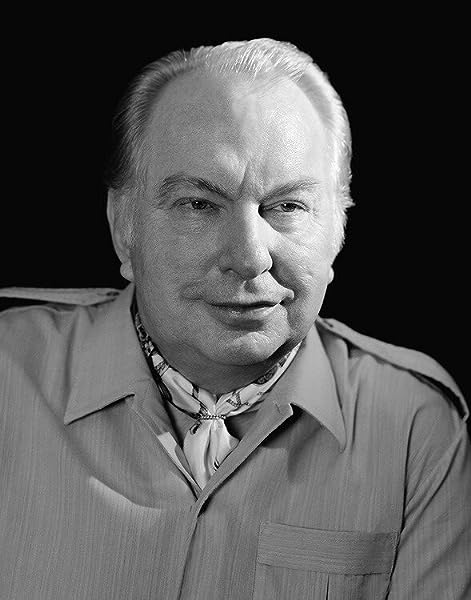 Do you know who your enemies are?

Your neighbor? Your boss? Your butcher? Your wife?

Only the Voltarians know for sure. They’ve successfully infiltrated our little world—and it may never be the same. They walk among us. They work among us. And they’re making themselves right at home, prepping the planet for a power play unlike any you’ve ever seen before.

In this web of espionage, intrigue and betrayal, even Voltarian Royal Combat Engineer Jettero Heller doesn’t know who he can trust. He’s hard at work creating a gasoline substitute to fuel his ’68 Caddy in a Long Island automobile race—a development that could have dramatic consequences for the entire human race. As such, he poses a grave threat to the powers that be.

Now, his treacherous fellow Voltarian, Soltan Gris, has formed a secret alliance with a cabal that includes a dirty DC politician, a ruthless billionaire industrialist and a mysterious media madman. Their mission: terminate Jettero Heller.

Beset by double-crossing body doubles and backstabbing identity shifters, Heller discovers that the most dangerous battle of all is about to begin . . . against THE ENEMY WITHIN.

“A must buy.” —American Library Association

“Marvelous satire by a master of adventure.”—Anne McCaffrey

“I loved Mission Earth. The CIA will hate it. Hubbard has produced a real knee-slapper. . .Few writers have had the knack of making a serious philosophical point without ever stopping to preach, without ever slowing the action for an instant.” —Ray Faraday Nelson

“Hubbard not only broke all the rules but he blazed a new literary path when he completed the monumental 1.2-million-word Mission Earth in slightly less than eight months.” —William J. Widder

“This is transcendent science fiction, written with style and verve. A wonderful story.” —A.E. van Vogt

“Mr. Hubbard has managed in this book to bring out things that were not always talked about in those days when he put pen to paper. But now are the most important issues on this earth. . . . He could look ahead into the future and what he's come up with is a fascinating story.” —Jim Dale

“There is plenty of murder, conspiracy and sex to keep us occupied.”—Baltimore Sun

“A must buy.”—American Library Association

“A delicious read . . . as one would expect of an experienced pro.”—Washington Post

“This is tremendous stuff, written in smash-and-grab style that winds you with its energy.”—The Times London

“The granddaddy of all series.”—Los Angeles Times

With 19 New York Times bestsellers and more than 350 million copies of his works in circulation, L. Ron Hubbard is among the most enduring and widely read authors of our time. As a leading light of American Pulp Fiction through the 1930s and '40s, he is further among the most influential authors of the modern age. Indeed, from Ray Bradbury to Stephen King, there is scarcely a master of imaginative tales who has not paid tribute to L. Ron Hubbard.

Then too, of course, there is all L. Ron Hubbard represents as the Founder of Dianetics and Scientology and thus the only major religion born in the 20th century.

While, as such, he presents the culmination of science and spiritual technology as embodied in the religion of Scientology.

4.6 out of 5 stars
4.6 out of 5
101 global ratings
How are ratings calculated?
To calculate the overall star rating and percentage breakdown by star, we don’t use a simple average. Instead, our system considers things like how recent a review is and if the reviewer bought the item on Amazon. It also analyzes reviews to verify trustworthiness.
Top reviews

David G. Meade
1.0 out of 5 stars Quit While Behind
Reviewed in the United States on March 20, 2019
Verified Purchase
Tried book 3 in this 10-book series in the hope that the plot and pace would pick up. Had been very disappointed with the tedious and wordy meanderings of the first two. This one was even worse, containing the deficits of the first two and adding the hackneyed writing characteristics of a dime store crime novel. The caricatures posing as characters in this third installment simply fail to elicit the suspension of belief necessary to maintain engagement with the story. Was surprised that I didn't see the "BOOM" and "POW" of comic books in this endeavor. Wish I had quit while I was behind.
Read more
Helpful
Report abuse

Kindle Customer
5.0 out of 5 stars A unique and immensly fulfilling read
Reviewed in the United States on January 24, 2016
Verified Purchase
The Mission Earth Dekology is a tour de force, an amazing, almost serialized narrative story which is always moving and has twists and turns. It is indeed hard to put down as it's an easy read and engaging story. Definitely has good guys vs bad guys, but unique in that it's the bad guy narrating the story. You get inside his head and see the world from his viewpoint - even while rooting for the good guys.

The subject matter and basic premise are to save Earth from itself due to greed and pollution. Interestingly enough the author gives credence to climate change due to pollution and global warming with scientifically factual data in a book written in the early 1980's. Ahead of his time! But, of course, Earth is on a self-destructive path and this series is completely applicable to curren times.
Read more
Helpful
Report abuse

Cat100
5.0 out of 5 stars Really fun reading
Reviewed in the United States on May 3, 2021
Verified Purchase
The whole Mission Earth series of 10 books is my favorite book of all time. Satirical and fast moving - this book is 1/10th of the whole and very enjoyable.
Read more
Helpful
Report abuse

curtis chittenden
4.0 out of 5 stars Good but not the best one I've read yet
Reviewed in the United States on January 7, 2014
Verified Purchase
this is the third book in the mission earth series so I can't comment on the ins and outs of all the story but this book in particular was pretty slow but there are seven books after it so I figured I was bound to run into a couple slow ones I didn't like this one as much as the first but I did however like it better than the second and although people are complaining about the drawn out utanc character I actually enjoyed these parts because obviously there is something more to her than what sultan grid knows of her and I found these parts to be some of the best in this book overall though l ron hubbard is a master of developing characters and forcing you to develop feelings for these characters you actually do start to feel a little sorry for sultan grid as every effort he takes to complete his mission gets foiled very reminiscent of Jerry lundergaard from Fargo just a frustrated underpowered man who just wants to stay alive and do as he's told but always fails
Read more
Helpful
Report abuse

Thomas Aloi
5.0 out of 5 stars Great Read!
Reviewed in the United States on May 22, 2021
Verified Purchase
I enjoyed taking a break from our real world and getting away into Hellers! Every time I picked up the book another chapter lead me deeper into the crazy, entertaining Hubbard Brain.
Read more
One person found this helpful
Helpful
Report abuse

charles Rizzo
5.0 out of 5 stars Master at work
Reviewed in the United States on November 8, 2017
Verified Purchase
This book is extraordinary. Its funny, sarcastic, visually brilliant and truthful all at the same time. L Ron Hubbard is a master fiction writer. I can't wait to read the next book in the dekology. A definite recco
Read more
One person found this helpful
Helpful
Report abuse

JOHN BAKER.
5.0 out of 5 stars Hilariously wonderful series of books.
Reviewed in the United States on February 5, 2019
Verified Purchase
I love the imagination of this author. I can't put this down and already I'm dreading the end of the 10 volume series!!
Read more
One person found this helpful
Helpful
Report abuse
See all reviews

The shenanigans continue in this fast-paced volume with a bunch of Voltarians now on Earth and washing their dirty laundry on our turf. The current status quo of our planet continues to be dissected and examined from a highly satirical, albeit very real, point of view. From the current political conspiracies, to environmental and biological issues (well Covid pandemic and violent weather changes are good examples) to relentless drug production and the CIA’s involvement with it. The list goes on. Yet, the hero Jettero Heller, keeps at his mission to prevent humans from destroying Earth, so that Earth can remain on Voltar’s invasion timetable 100 years from now (obviously plenty of twists on this too).

This story continues to be narrated by the anti-hero and antagonist Soltan Gris, despicable Voltar CIA agent (Coordinated Information Apparatus), who despite his best effort, fails to kill Heller and continue with their own diabolical plans.
Read more
Report abuse

Kindle Customer
3.0 out of 5 stars Three Stars
Reviewed in the United Kingdom on March 4, 2015
Verified Purchase
Tends to ramble on at times with nothing happening
Read more
Report abuse