Add to Cart
$24.52
& FREE Shipping on eligible orders. Details
Sold by: Amazon.com
Have one to sell? Sell on Amazon 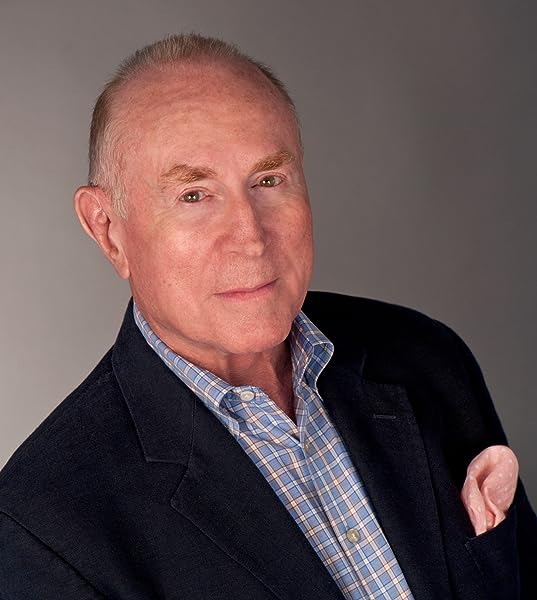 Richard Rhodes is the author of numerous books and the winner of the Pulitzer Prize, National Book Award, and National Book Critics Circle Award. He graduated from Yale and received fellowships from the Ford Foundation, National Endowment for the Arts, John Simon Guggenheim Memorial Foundation, and Alfred P. Sloan Foundation.

Start reading Energy: A Human History on your Kindle in under a minute.

4.0 out of 5 stars
4 out of 5
110 customer ratings
How does Amazon calculate star ratings?
Amazon calculates a product’s star ratings based on a machine learned model instead of a raw data average. The model takes into account factors including the age of a rating, whether the ratings are from verified purchasers, and factors that establish reviewer trustworthiness.
Top Reviews

Amazon Customer
5.0 out of 5 stars Kindle app ruins book’s illustrations.
Reviewed in the United States on July 16, 2018
Verified Purchase
The book is excellent. It explains our energy past to elucidate our energy present and future. And it’s quite well written.

However, don’t buy this or any other book with graphs, photos, or illustrations on the Kindle app. This book has many such features which I’m sure would aid in comprehending the material, if only they were rendered at a size larger than my little fingernail. As it stands, it is impossible to even see what most of the diagrams and photos are meant to convey. And yes, I tried to no avail to enlarge them.

Amazon really needs to fix this. For now, though, I’d advise folks to avoid trying to read even marginally technical books on the Kindle app.

Wuggins
5.0 out of 5 stars Factual and Hard Headed
Reviewed in the United States on October 30, 2018
Verified Purchase
Free flowing and highly readable, indeed engrossing with many fascinating vignettes about historical events that shaped energy markets. And I was pleasantly surprised this was not an ideological treatise about fossil fuels and climate change, in fact reading between the lines it seemed to me that because of their inability to be scaled without huge subsidies the author is highly skeptical about renewable sources like wind and solar, waxing instead about the lost promise of nuclear, lost because in a democracy irrational fears (in this case about radioactivity) become accepted in to the public discourse as hard fact. He probably needed to be circumspect about his skepticism of wind and solar for fear of being skewered alive on the altar of political correctness by the "climate scientist" cabal, always fearful of some counterargument to the Faith jeopardizing their research grants.....
Read more
15 people found this helpful
Helpful
Comment Report abuse

Drjackl
4.0 out of 5 stars Interesting History
Reviewed in the United States on June 28, 2018
Verified Purchase
I read this book based upon a recommendation in the Wall Street Journal and was not disappointed. The author covers the evolution from wood to coal to steam to electricity to nuclear and does a pretty good job of looking at the upsides and downsides of each. Each energy source has done some harm but lots of good. We need to keep evolving to make the world a better place. We’ve done it before.
Read more
19 people found this helpful
Helpful
Comment Report abuse

JL Wamble
4.0 out of 5 stars Another interesting technical read from Rhodes
Reviewed in the United States on October 26, 2018
Verified Purchase
Excellent book. I enjoy the way Rhodes brings historical characters to life. I do recommend it. I have two issues, both having to do with the Kindle version. First, the illustrations are hard enough to view when you CAN expand them. I'd say half the illustrations in this book could not be expanded so were essentially worthless little blobs on my screen. Second, I was immersed in reading with about 4 hrs and 45% remaining to read when the narrative suddenly ended. Huh? Turns out that last 45% is acknowledgments, bibliography, notes and index. Kudos to Rhodes for being so thorough but I was pretty let down by my perceived loss of material. I wasn't really interested in spending 4hrs perusing the extras. I think this Kindle quirk needs to change.
Read more
7 people found this helpful
Helpful
Comment Report abuse

George C. Higgins
5.0 out of 5 stars A knowledgable, readable book worth every minute.
Reviewed in the United States on August 15, 2018
Verified Purchase
Richard Rhodes is well known for careful research and clear writing in his several non-fiction books. This book is no exception. What makes it particularly interesting is his customary and illuminating use of narratives about individuals to illustrate the larger historical movements that he describes. Happily, the book is well documented so that the reader may follow up on details without excess searching for references. The topic is timely, and the book is valuable.
Read more
9 people found this helpful
Helpful
Comment Report abuse

Bill
5.0 out of 5 stars This book will help you understand the challenges and history of our use of energy
Reviewed in the United States on August 25, 2018
Verified Purchase
This is a great walk through the evolution of energy and a view of what is to come. Even if you think you know everything about how we got to where we are and the path forward, you will be surprised at how the author ties it all together. this book is a well balanced view of what we face and offers some thoughts on the path forward. It does a very good job in the discussion of today's energy picture to bring out the hidden biases that have been shaping the public discussion. There were some surprises in that section for me.
Read more
6 people found this helpful
Helpful
Comment Report abuse

Luis Pons
5.0 out of 5 stars Fascinating Story of Energy Cycles
Reviewed in the United States on August 11, 2018
Verified Purchase
This is a fascinating, well documented history of energy and its evolution. The author is absolutely brilliant and explains not only the history but explanations of how things work and the inventors and personalities behind them. Some parts are somewhat technical, but you can gloss over them.
Read more
6 people found this helpful
Helpful
Comment Report abuse

david n
5.0 out of 5 stars Interesting
Reviewed in the United States on August 25, 2018
Verified Purchase
If you ever wondered how it is that you turn on a switch an electricity flows into your home, or how it evolved that we heat our homes, power our factories or drive our cars this is a great read. The author does an excellent job of explaining the evolution of energy and power from pre-industrial revolution England, through the industrial revolution to the industrial revolution in America (eg manufacturing steel and aluminum, generating and transmission of electricity to gasoline as we know it today).
Read more
3 people found this helpful
Helpful
Comment Report abuse
See all reviews from the United States

Conor Molloy
5.0 out of 5 stars Stick with it!
Reviewed in the United Kingdom on November 23, 2019
Verified Purchase
Stick with this book, wonderful romp through energy history and futures. Even expert readers will learn something new. Why stick with it? First few chapters read like a Brexiteers guide to British ingenuity, but the human stories of rivalry and intrigue are well worth it, and story expands to global challenge and rang of solutions.
Read more
One person found this helpful
Helpful
Sending feedback...
Thank you for your feedback.
Sorry, we failed to record your vote. Please try again
Report abuse

Amazon Customer
5.0 out of 5 stars How all energy works & helps us all
Reviewed in the United Kingdom on February 19, 2020
Verified Purchase
Great book very comprehensive in detail & full of great antidotes
Read more
Helpful
Sending feedback...
Thank you for your feedback.
Sorry, we failed to record your vote. Please try again
Report abuse

@tonymmorley
5.0 out of 5 stars Energy: A Human History
Reviewed in Australia on October 27, 2019
Verified Purchase
Energy is the foundation of human progress, growth and economic prosperity. In this work, Richard Rhodes provides an excellent and competent introduction to the history of energy capture and utilization within industrialized civilization. The books is written to reach a large and not exclusively academic audience; and while highly informative, should be accessible to the vast majority, particularly the audiobook. The hardback edition of this books is printed and bound to a high quality standard and the audiobook is narrated well. I highly recommend both the physical hardback edition and the audiobook.
Read more

Helpful
Sending feedback...
Thank you for your feedback.
Sorry, we failed to record your vote. Please try again
Report abuse

Hawkmoon100
1.0 out of 5 stars Illustrations do not scale!
Reviewed in Canada on January 15, 2020
Verified Purchase
90% of the illustrations in the Kindle version are smaller than 1sqmm and do not scale. This really makes the steam section useless and the rest of the text that is illustration dependent a joke. Also: I was not allowed to return it? A rip off.
Read more
Helpful
Sending feedback...
Thank you for your feedback.
Sorry, we failed to record your vote. Please try again
Report abuse
Load more international reviews

Carl van Walraven
4.0 out of 5 stars This is a neat book
Reviewed in Canada on March 13, 2019
Verified Purchase
A nifty collection of stories linked by their relationship to our need for energy. Well written with handsome pictures and diagrams. I really enjoyed it.
Read more
Helpful
Sending feedback...
Thank you for your feedback.
Sorry, we failed to record your vote. Please try again
Report abuse

Delmar Permann
4.0 out of 5 stars Interesting approach to viewing how humans use energy and shift to energy implementation
Reviewed in Canada on August 31, 2018
Verified Purchase
Well written as one would expect from Richard Rhodes
Read more
Helpful
Sending feedback...
Thank you for your feedback.
Sorry, we failed to record your vote. Please try again
Report abuse

Walter Lauschner
2.0 out of 5 stars interesting but Complicated book to read (too many details)
Reviewed in France on November 11, 2019
Verified Purchase
Author knows a great deal over the subject but the story gets lost in too many details.
Read more
Helpful
Sending feedback...
Thank you for your feedback.
Sorry, we failed to record your vote. Please try again
Report abuse