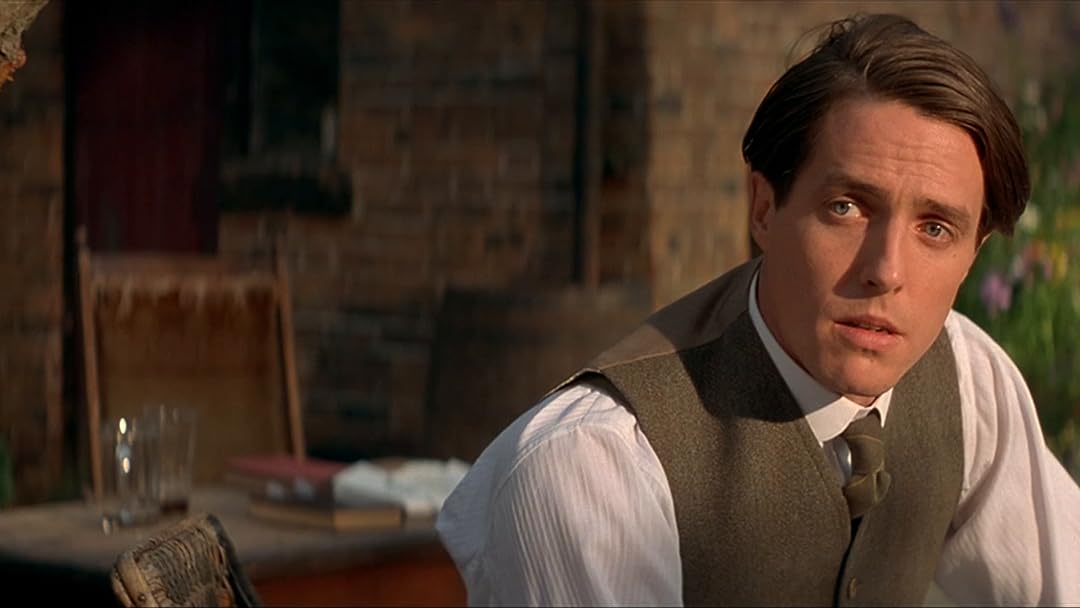 (1,166)
6.61 h 35 min1995X-RayPG
When an English cartographer must tell a Welsh village that their mountain is only a hill, the offended community sets out to change that.

Yes, there are accents that some of us may not be used to; but that in itself is not a good reason to give a low rating to a movie (as I sometimes see folks do here on Amazon). I love seeing pieces from other other cultures and I wish more movies like this one made their way to us.

David RitchieReviewed in the United States on November 22, 2019
4.0 out of 5 stars
Do not buy!
Verified purchase
This movie is advertised as being 2.35 to 1 wide screen. Do not buy this dvd unless your television is just too large and you really want to watch a postage stamp sized movie which fills only a quarter of the area of your screen. It is formatted for obsolete 3 by 4 televisions. This results in a picture which is letterboxed all the way around. While the tiny image is technically wide screen it is in completely the wrong format for modern televisions. The zoom function of some televisions could force the image to fill the whole screen from side to side but this would yield an image with the resolution of VHS tape. Do not buy this deceptively advertised crap transfer. One can only hope that someday a proper blu-ray copy of this delightful movie will become available.
3 people found this helpful

Amazon CustomerReviewed in the United States on March 8, 2020
5.0 out of 5 stars
Love this movie.
Verified purchase
I owned this movie on a VHS tape - which I gave to neighbors after purchasing a DVD player and purchased the movie on DVD (the neighbors loved the movie also). The cast members are very good in portraying their characters and the music is enjoyable to listen to. It is a movie that is good and enjoyable from beginning to end.
One person found this helpful

MGReviewed in the United States on July 5, 2015
5.0 out of 5 stars
This Charming Film Offers A Trip Back In Time to 1917 North Wales
Verified purchase
"The Englishman Who Went Up A Hill..." is an EXCELLENT movie, based on a true story. It was filmed on location in Northern Wales. A nearby village had to be substituted in the film, because Taff's Well - the real name for the fictional "Ffynnon Garw" in the movie - was too built up to resemble a rural Welsh village from 1917.

When I found this movie available on Amazon, I ordered two copies of the DVD, after seeing the "The Englishman..." as a TV broadcast in April 2015. I don't know why I had never come across this film before, or heard of it 20 years ago when it had first appeared. Though Roger Ebert really liked this movie, other 1995 reviews are rather tepid. My own opinion is that this quirky, funny production is well done in all respects. The DVD quality is flawless, too.

I am happy to have my own copy now, to watch again and again (I got one copy for myself, and one to give as a gift.)

MadMacsReviewed in the United States on February 16, 2014
4.0 out of 5 stars
Heartbreak, Angry Refutation and Welsh Determination.
Verified purchase
"Perhaps it would have been different had there been no war. But this was 1917 - and people were exhausted by loss."

So the tale of a small Welsh village is told thru the voice of the last living participant to The Day Ffynnon Garw Built A Mountain.

A result of the newly invented airplane entering the battlefield, and by order of his Majesty, a nationwide geographical survey is undertaken. Two-man survey teams are sent out across the land to accurately map the significant features - mountains, hills and valleys.

One particular team has been tasked with western England.

Way off the beaten track, a rural village lay in the shadow of Mount Ffynnon Garw, the so-called First Mountain Of Wales. A quiet little hamlet whose townsfolk are made up of the ubiquitous mix of funny, sympathetic, and quirky peoples. Country folk for whom hard work is the Lord's work.

Understandably curious about the official Crown Survey, lively debate surrounds how big their mountain actually is; congregating at the town pub to discuss the matter, laughter and good cheer abound.

Supremely confidant "the English" will find nothing untoward and will quickly move on - the news they deliver comes as shock. The surveyors make the terrible pronouncement that their mountain, their singular claim to Welsh pride, the stone embodiment of their combined hearts and souls - is technically a hill. Their calculations are accurate. At 884 feet, short by sixteen feet, their mountain - isn't. And once recorded into the national charts it will be forever known as Ffynnon Garw Hill.

One couldn't have done worse to the already decimated people had they dropped a bomb directly into the center of the village. Already emotionally and physically devastated from supporting the war effort and the omnipresent life-devouring coal mine - the people will brook no further wounds. Especially from two Englishmen.

Determined to reclaim their 1,000 foot "mountain" status, the residents embark on a massive collective effort to close the 20 foot gap - by building upon Ffynnon Garw's summit with freshly tilled earth, back-breaking sweat, and even tears. Johnny Shellshock, broken survivor of the French trenches, whose battlefield experiences have left him mute, speaks for the first time in over a year to enjoin his fellows to take on the challenge.

The quest becomes a race as the townsfolk have to devise various ploys to prevent the cartographers from leaving before they can bridge the shortfall. Suddenly, the team's automobile breaks down; the broken part cannot be secured for several days. The cheapskate pub proprietor suddenly supplies them with an unending stream of alcohol. And even a comely maiden is secured to entice the handsome Mr. Anson; the young veteran who begins to sense, unlike his drunken disinterested partner, the magnitude surrounding their seemingly simple task.

A wonderful light comedy with Hugh Grant at his dry best. Kudos to Colm Meaney who, despite a faltering accent, was enjoyable as the pub proprietor and town "father".

- As pointed out at the beginning of the film, given the few family surnames in their village, sharing a name is both commonplace and confusing. To address that situation, one is given a nickname usually associated with one's profession or significant personality trait. So John Evans might be Evans The Butcher or Evans The Clerk, and so on.

Also explaining how one resident was given the longest name in Ffnnon Garw history: The Englishman Who Went Up A Hill, But Came Down A Mountain.

- I would be remiss and cursed if I did not highlight the *amazing* performance of late UK actor Kenneth Griffith. A potent delivery of character as Ffnnon Garw's guiding pastor, Reverend Jones. Genuinely hilarious as the overseer and protector of the town's collective soul, and the character who first foresees the horror that will befall the village should their mountain be downgraded.
11 people found this helpful

Kindle CustomerReviewed in the United States on December 3, 2021
2.0 out of 5 stars
no subtitles or closed captioning
Verified purchase
I love this movie and wanted to replace my VCR copy with a DVD. I was disappointed that this version did not have closed captioning or subtitles. I now realize that another DVD version had this feature...I simply did not read the details close enough. So, for those of you who do not need the captioning feature this version will do, but if your viewers require captioning, go for the other version.

AnagumaReviewed in the United States on February 14, 2002
5.0 out of 5 stars
Great Movie - Good Transfer
Verified purchase
This is a GREAT little movie that is set in and was filmed in Wales, about a group of townspeople whose pride was challenged by the vageries of bureaucracy, where their local "mountain" turned out to be a "hill" under British definitions. The challenge united the town under the leadership of "Morgan the Goat" (Colm Meaney)and his nemesis, the town vicar, to overcome their mountain's classification by the British Geographical Survey, Hugh Grant, who sees what's going on and comes around to the town's side.
This is supposedly based on a true story which makes it even more interesting. The soundtrack fits perfectly and reminds me of the "Chocolat" soundtrack. There aren't many extras but for the price, you can't lose.
9 people found this helpful
See all reviews
Back to top
Get to Know Us
Make Money with Us
Amazon Payment Products
Let Us Help You
EnglishChoose a language for shopping. United StatesChoose a country/region for shopping.
© 1996-2022, Amazon.com, Inc. or its affiliates