You've subscribed to The Frontiers Saga - Part 2: Rogue Castes! We will preorder your items within 24 hours of when they become available. When new books are released, we'll charge your default payment method for the lowest price available during the pre-order period.
Update your device or payment method, cancel individual pre-orders or your subscription at
Your Memberships & Subscriptions
There was an error. We were unable to process your subscription due to an error. Please refresh and try again. 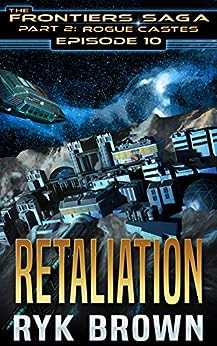 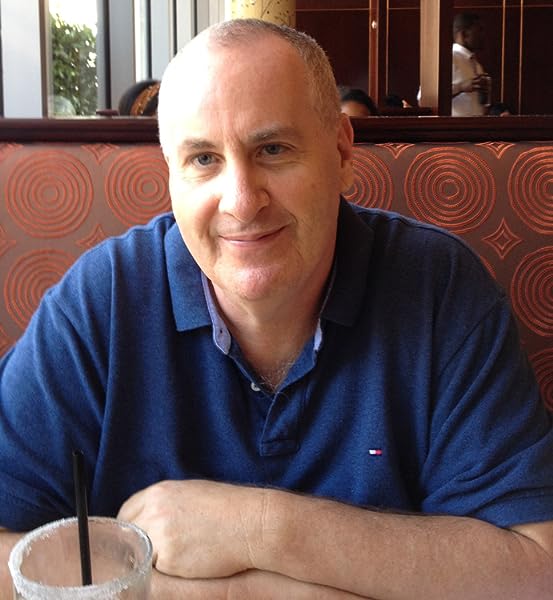 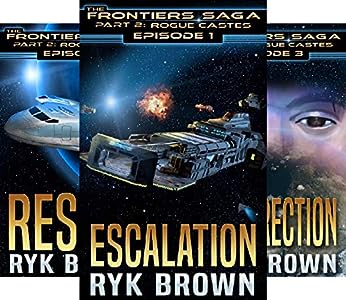 Ryk Brown is the author of the Frontiers Saga series. A former California native, Ryk now resides in Texas, working full-time as a writer.

Jeffrey Kafer is an avid performer on the stage and in voice-overs. He has narrated over one hundred books spanning all genres, and he won the 2008 Voicey Award for Best New Voice. --This text refers to an out of print or unavailable edition of this title.

4.8 out of 5 stars
4.8 out of 5
382 global ratings
How are ratings calculated?
To calculate the overall star rating and percentage breakdown by star, we don’t use a simple average. Instead, our system considers things like how recent a review is and if the reviewer bought the item on Amazon. It also analyzes reviews to verify trustworthiness.

Richard
5.0 out of 5 stars Another outstanding chapter in the Frontiers Saga
Reviewed in the United States on November 3, 2018
Verified Purchase
My suggestion is that Ryk Brown should clone himself. Only one Ryk Brown can't write these books fast enough to keep me happy. I have enjoyed this series from the day I discovered the first book. This episode is no exception.

The most important part of any book is the story and the characters in the story. Ryk creates characters that are believable and a story that makes me wish I were there with Nathan and his friends.

I believe that Nathan will grow stronger in the next few chapters and fulfill his destiny.
Read more
4 people found this helpful
Helpful
Report abuse

Mike NemethTop Contributor: Photography
5.0 out of 5 stars The solution is right under the enemies nose
Reviewed in the United States on November 18, 2018
Verified Purchase
With "Retaliation," the 10th episode in the Frontiers Saga, Part 2: The Rogue Castes, Nathan Scott and his band of rebels get the opportunity to strike back at the Dusahn, the empire-hungry invaders who have derailed the Alliance. Scott's ship, the Aurora, continues to struggle. It's nearly dead in space after an attack by the Dusahn. Despite the win, the Karuzari remains the underdog, still swinging but weak and vulnerable. But Scott has some pretty tough fighters. They don't back down and they find ways of harassing the stronger force coming after them. Scott uses subterfuge and he knows how to get people to trust him. He's straightforward but deadly. And he's become more of a pirate than freedom fighter. He figures out a way to save the Aurora, but it's a little crazy and requires going in and attacking a planetary system controlled by the enemy. Author Ryk Brown obviously loves his characters, but he has no problem putting them in danger and even kills them off. There are many difficult experiences in this novel and some are hard to read. Brown ramps up the tension. And his build up to the main conflict is as good as any he's written. Scott and the rest encounter one problem after another but figure out a plan B, or C, or D. Brown keeps his fans, like me, ready for the next installment.
Read more
One person found this helpful
Helpful
Report abuse

Tan Yee Karn
4.0 out of 5 stars No evidence of Nathan’s improved intelligence
Reviewed in the United States on January 27, 2019
Verified Purchase
When feigning an attack, it has to be so convincing that your enemy believes it wholeheartedly. Worse yet, using such high power on small targets naturally arouse Lord Dusahn’s suspicion and that General Hesson, a seasoned career soldier couldn’t see it is a mystery to me. Either Nathan had issues dealing with his new found intelligence or the writer failed to understand Sun Tzu’s ‘Deception in war’.
It’s otherwise a good read as usual.
Read more
3 people found this helpful
Helpful
Report abuse

R.G.Singh
5.0 out of 5 stars Best in the Series
Reviewed in the United States on December 4, 2018
Verified Purchase
I have read all of the books in this series. In all honesty I was finding them a bit boring. Long on talk and short on action. Well, the author certainly makes it up in this book. It is NON-STOP action. It reminded me of Tom Clancy's Red Storm Rising. You would be in a theater of operations with one battle raging and then in the next page, in a different theater and different battle. It is a real charging train of action! The book takes up right after the last book ended. Loved the continuation of the last episode so quickly without having to do "look back" pages on what had happened in the intervening time since there was almost no intervening time! Well done Ryk, Well done!
Read more
One person found this helpful
Helpful
Report abuse

Tony
5.0 out of 5 stars Terrific book, terrific story, terrific series
Reviewed in the United States on November 5, 2018
Verified Purchase
First, I loved this book and the entire series. One of my biggest complaints, and it really has nothing to do with the books is that they don't come fast enough. The author is terrific but I think he undervalues his real value. I suggest that he charges another dollar or two for his books so he can focus more what he seems to love, i.e. writing, and use the extra money from the higher price for the books to hire people that love the things he's doing (everyday chores) that keeps him away from one of his loves, writing. I believe the world would be a better place for all of us if he was able to finish books faster and bring his great storytelling to more people, faster.
Read more
Helpful
Report abuse

Gary
3.0 out of 5 stars I like the series, but this installment left something to be desired.
Reviewed in the United States on November 29, 2018
Verified Purchase
As much as I like the series, this book has too much filler in terms of fighter tactics and strategy...over and over. There is a lack of plot and character development.
Read more
3 people found this helpful
Helpful
Report abuse

Ken
5.0 out of 5 stars Another great one. Very enjoyable
Reviewed in the United States on November 19, 2018
Verified Purchase
Another great adventure. I enjoyed it greatly. My only worry is that this book literally only covered a few days from the last book. But there was a lot of action! I do miss knowing what I said happening back in Sol and Jung space. Also, at the rate the Dushan continue to lose ships, surely they have to be close to being just plain out of ships. Seriously, you hear how short they are and then lose more ships. Heh. Small gripes for such a fun book.
Read more
Helpful
Report abuse

Amazon Customer
5.0 out of 5 stars Great read
Reviewed in the United States on February 16, 2019
Verified Purchase
I really enjoyed this book, I've enjoyed them all but this one more so, I have always been glad the the focus of the story is not on Nathan and Jess's relationship, but it is good that it surfaces on occasion to remember it's there, it's been a little too long. I am also just really enjoying all the directions it's going in, I can hardly wait for the next book. Again this is a great series and I highly recomend it.
Read more
Helpful
Report abuse
See all reviews

Mr. T. J. Billings
5.0 out of 5 stars Great series
Reviewed in the United Kingdom on November 27, 2018
Verified Purchase
Have thoroughly enjoyed both series as they continue to provide great reading with a superb continuing storyline that just gets better and better, my wife has just started the first series and although has never read a single Science Fiction book, she is totally hooked on these (perhaps because of Jess and Cameron), so Ryk has gained another fan, great stuff and hurry up with episode 11, outstanding.
Read more
One person found this helpful
Report abuse

Paul Bobe
5.0 out of 5 stars Epic journey
Reviewed in the United Kingdom on November 14, 2018
Verified Purchase
Having read all books in this epic journey of the Aurora and her crew, I have yet to be disappoined. The characters and the action continue to evolve. Nathans personal evolution since his cloning has me fascinated and I'm sure there are plans for this to evolve further. I must take the time to read the whole saga again from the beginning before the next book comes out.
Read more
Report abuse

DavidO
4.0 out of 5 stars Countless Space Battles!
Reviewed in the United Kingdom on April 14, 2019
Verified Purchase
Two steps forward and one step back seems to be the result of the current strategy being run on a shoestring. It's all rather repetitive although some of the detailed fighter encounters are well described and technically intriguing. Let's hope the plot moves on significantly in the next instalment!
Harast
Read more
Report abuse

Mr. R. A. Lye
5.0 out of 5 stars Brilliant
Reviewed in the United Kingdom on March 21, 2019
Verified Purchase
Took a few pages to get back in and remember all the characters but boy was it worth it.

Another rip roaring episode of Nathan Scott and his entourage blasting their way though space.

Great book Ryk, hurry up with the next one.
Read more
Report abuse

Anthony Curry
1.0 out of 5 stars Repetative but still a great overall story
Reviewed in the United Kingdom on December 7, 2018
Verified Purchase
Getting very repetative, come on get back to strong in depth stories.
Read more
One person found this helpful
Report abuse
See all reviews