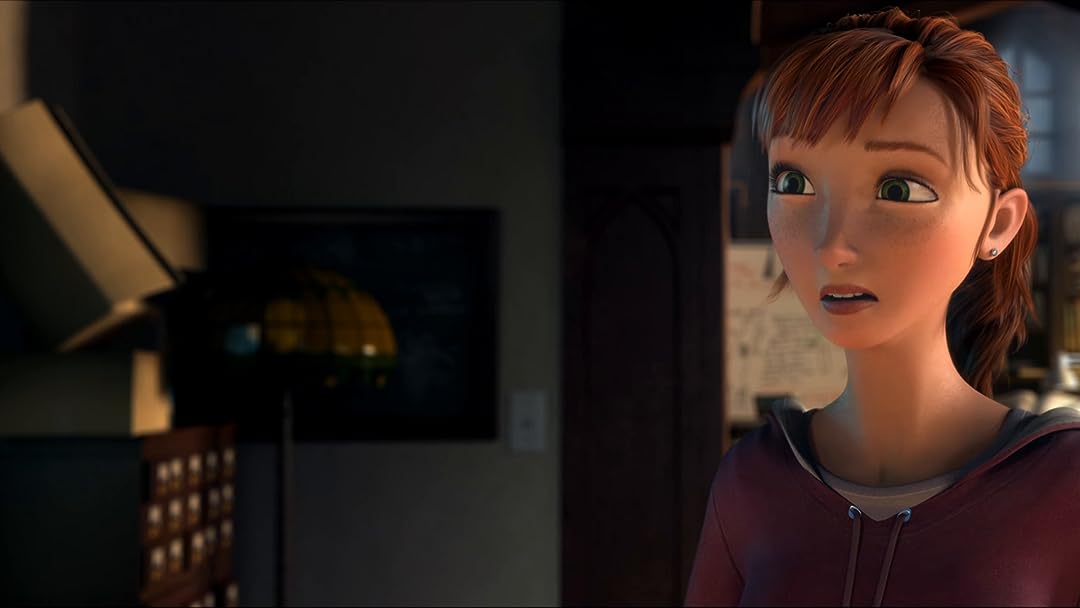 (8,270)6.71 h 42 min2013X-RayPG
HD. A young girl lands in the middle of a conflict between tiny woodland creatures and their decaying enemies in this animated tale.

James Kiefer, JrReviewed in the United States on January 13, 2018
5.0 out of 5 stars
No blood, guts or gore, No indecency or profanity, o.k. there was no reality or education either, but it was good clean funny!
Verified purchase
I have to say that we really enjoyed this cartoon. Each Friday night my family gathers to enjoy a something together. Tonight I searched for a movie that would cause us to laugh and yet have enough suspense and drama to hold our attention. My family is large (12 children) with a wide age spread (20 months to 25 years) and very few movies have had the ability to keep us in our seats like this one did. A great mixture of adventure/drama and humor. Yes, there were a few scenes that were intense for the 3-5 year old group (three of them there) that caused them to huddle under big sisters and brothers arms for comfort, but they were soon smiling and engaged again. As the credits rolled the response was, "we didn't even think about stopping for our ice cream," a usual practice on Friday nights here.
Thank you for the enjoyable evening together with my kids, old and young!
18 people found this helpful

Rachel N. W.Reviewed in the United States on February 22, 2015
5.0 out of 5 stars
Sci-fi Fantasy Mash-up, animated.
Verified purchase
My husband and I don't have children, but we both enjoy animated movies. We had NEVER heard of this one, and didn't see any previews beforehand. I enjoyed a lot of aspects of this movie, it reminds me of a lot of my favorite movies. Here is a basic rundown of the plot, I will try not to spoil it...:

A teenage girl loses her mother and must go live with her obsessive, disgraced scientist, father; who believes there are tiny people living in the forest. Meawhile, in the forest, there is a battle being waged between the Boggins and the Queen, who is the life force of all things. The Queen is defended by the Leaf Men, hummingbird riding "Samurai" soldiers. The paths of the girl and the Queen entangle during an important forest event that will determine the future of its existence.

...with a dash of a few other movie flavors thrown in.

The only thing I didn't like was the use of the crows and the bats as evil characters. The Boggins represent disease or virus, things that infect and destroy the ecosystem. Bats and crows are both species that help to keep disease in check. Bats control insect population and other species of bats are integral to pollination. Crows are the garbage disposals, and help to clean disease carrying carion from the environment. Aside from that, it was a fun movie that will likely get watched many times.

BrittReviewed in the United States on May 17, 2017
3.0 out of 5 stars
Cute, but nothing special
Verified purchase
This is a cute family movie. It's not a wow movie, but it holds your attention. The animation is wonderful and the characters are interesting enough. However, I felt that the story itself was a bit lacking and left something to be desired. It has some cliche story lines and the plot is nothing new. It's very similar to Fern Gully, but not as good. For us, this movie isn't something we will watch over and over again. That said, my kids enjoyed it and it was a good family movie. It's definitely family/kid friendly with any kind of adult reference being over a kids head. I also can't recall anything that might be traumatic to a young child. So it wins on that front too. It's a cute movie to watch when you are out of other things to watch.
3 people found this helpful

Daniel B. LyleReviewed in the United States on March 31, 2020
5.0 out of 5 stars
Excellent 3D makes an epic world real
Verified purchase
Viewed projected in brilliant 3D on a large wall screen with full surround sound, it's like being in the wondrously detailed magical world depicted. There are a number of (where appropriate) effects out of the screen, excellent resolution of detailed figures, and deep extension into the screen. what with the marvelous diverse creatures presented, this is a stunning adventure. To all those involved in producing the 3D disc, bravo!

N. FranklinReviewed in the United States on September 3, 2013
3.0 out of 5 stars
There's a problem with the 3D
Verified purchase
This review is specifically about the 3D version of this movie. Unfortunately Amazon doesn't seem to differentiate, and just puts all the reviews together in one big jumble. That's too bad, because I actually like the movie.

The problem is that although I love 3D, it wasn't done right for this DVD. There are bits where the 3D looks pretty good. If you're not discerning about 3D you might be satisfied. The problem happens when things are in motion. The motion looks unnatural. The more motion there is, the worse it looks. There's kind of a flickery strobe effect... very distracting. I think it has to do with aliasing, but I don't know much about that technical stuff. It's not my job to know. It's the job of the people making the DVD to get it right.

Btw, there is nothing wrong with my equipment. I played the 3D version (it looked bad, as I've described), I played the 2D version (it looked fine), and I played some other 3D movies I have (and they looked fine too). Originally I gave the DVD only one star, but I watched it again and bumped it up to three stars. The 3D is watchable, and sometimes looks really good, but what I've described is real problem. If you see it in 3D for a good price go ahead and get it, I guess, if you want to satisfy your curiosity.
4 people found this helpful

Nick MnemonicReviewed in the United States on July 27, 2014
5.0 out of 5 stars
Great fantasy animated flick to add to the collection.
Verified purchase
This was a really fun movie. It's one that's requested for probably at least once every couple weeks. It kind of reminded me of Ferngully, a movie I watched a lot as a kid, where somebody gets shrunk down to the size of some forestry creatures. It's got a bit of a different storyline and message of course, but the method was familiar to me personally.
The characters were a lot of fun for the kids, and they like the music a lot too. The animation was very good, and very creative. There is a lot going for this movie like humor, action, and love. Which makes it easy for us dads to sit through it during movie time!
Personally, I don't know where the name "Epic" comes from for this movie. It's really great, but I don't think me or my kids would call it Epic. I'm not going to take a star off for it, but it's always kind of been a head scratcher for me.
6 people found this helpful

NodroglsReviewed in the United States on May 3, 2021
5.0 out of 5 stars
Great family movie
Verified purchase
My kids picked this movie for a family movie night and being the involved and doting mother I am I made sure that my phone was fully charged for the viewing (because it’s a cartoon you know...) I’m happy to say I forgot about my phone and ended up watching this right along with them. Clever and entertaining for adults and kids alike.

PDX Ford GalReviewed in the United States on January 29, 2016
5.0 out of 5 stars
Pretty animation, clever story and now a favorite movie of my toddler.
Verified purchase
My 4 year old daughter loves this movie. It is definitely not the type of movie that you can join into part way thought and understand completely what is going on. I tried to do that the first time and was very lost for most of the film. But the story is cute, the animation is very pretty and the incorporation of the human aspects into the plants and other details is very well done. I had no clue what this film was about and only purchased it based on decent ratings and a crazy low price... but my daughter loves it and watches it regularly now so I am going to consider it a win.
5 people found this helpful
See all reviews
Back to top
Get to Know Us
Make Money with Us
Amazon Payment Products
Let Us Help You
EnglishChoose a language for shopping. United StatesChoose a country/region for shopping.
© 1996-2021, Amazon.com, Inc. or its affiliates