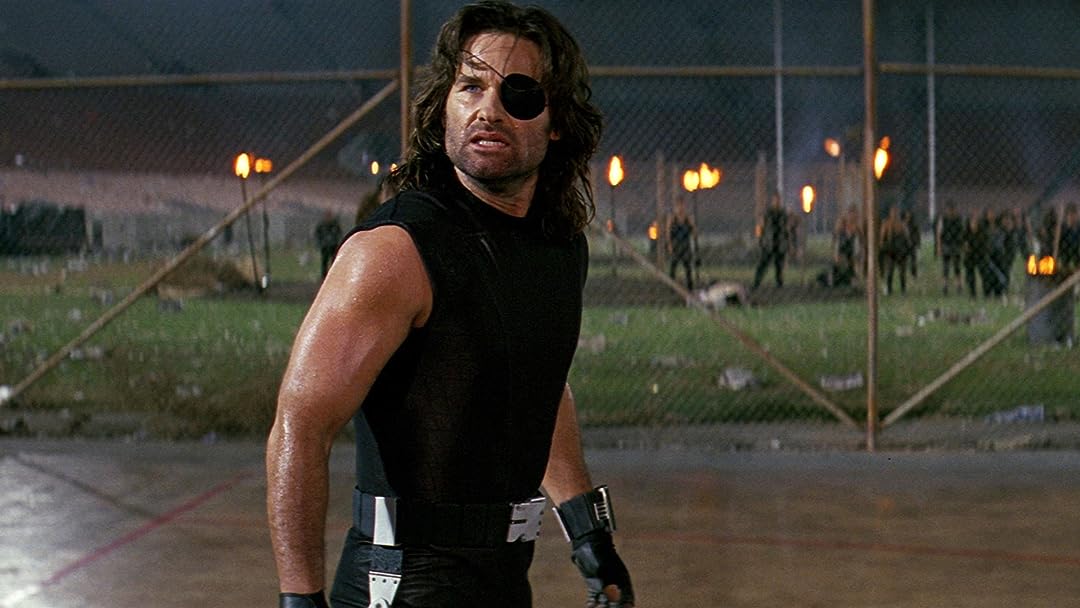 (2,512)
5.71 h 40 min1996X-RayHDRUHDR
Snake Plissken (Kurt Russell) is once again called in by the United States government to recover a potential doomsday device from Los Angeles, now an autonomous island where undesirables are deported.

DisccriticReviewed in the United States on June 2, 2020
2.0 out of 5 stars
A little bit of disrespect from Carpenter and Russell!!
Verified purchase
Considering what shout factory did to other classic John Carpenter films such as Escape from New York, The Thing (1982), Vampires, Halloween (1978), They Live etc etc, I'm very SHOCKED with this collectors edition of Escape from L.A.

As a big FAN of John Carpenter's past movies I feel let down by either CARPENTER OR Russell AS THEY HAVE NOT SHOWN ANY INTEREST INTO CONTRIBUTING ANYTHING ON Escape from L.A, THEY USUALLY DO A FANTASTIC COMMENTARY OF WHICH THE BD IS WORTH THE PRICE ALONE OF PURCHASE, BUT NO - there's no such thing here, doesn't any other JC fan feel the same and I feel with no commentary JC/KR has disrespected there fans, I know that Carpenter has retired from making Films and is producing music with his son, and Russell is still starring in movies but they could of taken time out of their current work to record a yak track,but no they have ignored their fans!

Getting to the Film now - Escape from L.A, this is not a sequel but a remake of Escape from New York and a poor one as I agree with other professional Film critics, although the sequel has more action scenes than the first Film it's still a poor piece of film making, although Kurt Russell's return of Anti hero - SNAKE IS GOOD AND IN TERMS OF IT'S ACTION SCENES IT'S ENTERTAINING and watchable just like Barb Wire.

The only thing decent of this BD release of Escape from L.A from Shout factory is the 4K transfer as this is very sharp and the picture quality is very much improved so a couple of points in cleaning up the picture, good work Shout factory. The audio is a lot better than the previous release as the DTS 5.1 is fantastic especially at the start of the Film when the earthquake separates L.A from USA, although it could be a bit better with the action scenes, dialogue is clear and I heard no hiss or crackles. With this transfer and my respect for Carpenter's past work is the reasons that I purchased this disc.

I also disagree with other reviewers from other media websites that it's packed with extras, it's only got 6 interviews from the rest of the cast and there is the usual trailer and TV spot so NO this disc is not packed with extras as it only has a few and I don't call this a Collector's Edition either!!

Overall - Shout factory's release of John Carpenter's Escape from L.A is a big let down for me as this is a poor disc in terms of the shocking omission of the commentary by either the Director or lead star, small extras. The only thing about this disc of which I give it 2 stars is the good A/V quality which is fantastic!

You can do better shout factory!!

A buyerReviewed in the United States on June 1, 2020
5.0 out of 5 stars
Thoughts from someone not blinded by nostalgic bias
Verified purchase
Just the past couple of months, I've seen both Escape from New York and Escape from L.A. for the very first time. I happened across a clip from the L.A. movie online and was immediately intrigued. I saw people in the comments giving praise to both, but mostly to the first movie. I didn't bother trying to see anything else from either movie if I could help it, so I went ahead and bought both of the movies for the hell of it.

Watching the first movie left me disappointed. I don't understand its cult following. Not much really happens. It isn't a complex plot by any means, there aren't much to the short-lived action sequences.

Escape from L.A. is a copy-cat plot (and this is probably a foundational reason as to why the fans of the first movie tend not to like this one). Similar situation, same motivation to get in and get out, same character archetypes throughout. The difference is that they actually made this one fun, entertaining, and interesting. The action is a lot more prevalent and there were more jokes. The use of CGI is kind of terrible, but it's a bad movie to begin with not taking itself too seriously. Did it "jump the shark?" Sure, but I didn't think of the first movie as realistic to begin with, so I wasn't expecting it with this one.

Both movies suffer from a severe lack of character development. Why should I care if somebody dies if they only had a few minutes of screen time? John Carpenter likely treated these scripts as a simple parody commentary on where he saw the United States heading politically. A devolution into anarchy as the growing police state came up with tactics to contain said anarchy as well as maintain its stranglehold on the country at large. I don't really consider him a great director/writer to begin with. His masterpiece is The Thing, but that was a remake and adaptation, so not an original idea.
14 people found this helpful

JosephReviewed in the United States on December 14, 2016
5.0 out of 5 stars
much better than I thought
Verified purchase
kick *** fun. The key to this film is that it doesn't take itself seriously. Snake Pissken is a 21st century cowboy tearing it up in an apocalyptic L.A. The theme of the story (anti-political correctness and a return to real freedom) is more pertinent than ever. The special effects may be dated, but this film is actually much better than many recent action movies that take themselves way too seriously and deliver the same old hash. This is a gem of an action film, if you just want some fun
26 people found this helpful

ThatsMrGrinch2UReviewed in the United States on April 29, 2022
2.0 out of 5 stars
Bad Bad Sound
Verified purchase
This is a 5-star movie in my book, being a fan of the franchise. The movie looked as good it's ever going to get on 4K UHD, but the sound was horrible! Voices were tinny and washed out. Sounded like hearing the movies soundtrack and sound effects on a massive theater, then the voices through a cheap mono walkie-talkie speaker. I haven't seen or heard anything about a replacement disc, but they dropped the ball on this, what could have been an awesome release. The sound was so bad, I returned it and claimed it as a defective disc. It is, after all. I'll stick to my Blu-ray instead. It sounds far better than the 4K.
3 people found this helpful

REBECCA SHELDONReviewed in the United States on March 25, 2022
4.0 out of 5 stars
Great movie. Bogus special features
Verified purchase
The movie itself one of my personal favorites and one of the most underrated action films of the 90s. The special features for this Scream Factory blu ray however are lame. None of the interviews are that interesting and there is no commentary with John Carpenter and Kurt Russell. The picture quality is pretty good though so if you're a fan I still do think it's worth picking up. Just know that this is one of the most disappointing blu rays in terms of special features especially since a commentary with Carpenter and Russell is absent
One person found this helpful

TechnologistReviewed in the United States on April 23, 2019
4.0 out of 5 stars
I dont think I can truly be objective with this movie.
Verified purchase
It probably is really a 3 star movie, but I have to admit I enjoy this movie just as much for the nostalgia as I do for watching it. I could point out a number of poor acting moments, the corny acting that Kurt does for Snake, etc, but I will not. I think that the attitude in this movie goes a long way in making it what it is. Also, there were many scenes like when Bruce Campbell came to that gratuitous astonishing conclusion that help make the movi, I had to up it to four stars.
6 people found this helpful

J CurtisReviewed in the United States on April 1, 2022
1.0 out of 5 stars
Buyer beware audio problem
Verified purchase
I am only reviewing the 4K presentation- the audio has severe issues - i returned mine - I emailed the studio about the replacement disc - after 3 weeks - I never heard back - go figure
3 people found this helpful

Richard Foster CaslerReviewed in the United States on January 30, 2017
5.0 out of 5 stars
Reallt quite good.
Verified purchase
This is probably one of the best B Movies out there. It improved on every aspect of 'New York' and raised the stakes. I first saw this movie 20 years ago at the age of 9, and it, as well as its soundtrack, had a major impact on my taste in both movies and music.
Kurt Russel is fantastic as Snake and a much younger me couldn't understand why a sequel wasn't made. I was educated by my step-father that it was the sequel, and I went to the Library and rented the original.
The effects haven't aged well and lend an almost comedic aspect when watching now a days, the acting can be cheesy by the secondary cast, but don't let these things spoil what, and how great, this movie really is.
16 people found this helpful
See all reviews
Back to top
Get to Know Us
Make Money with Us
Amazon Payment Products
Let Us Help You
EnglishChoose a language for shopping. United StatesChoose a country/region for shopping.
© 1996-2022, Amazon.com, Inc. or its affiliates