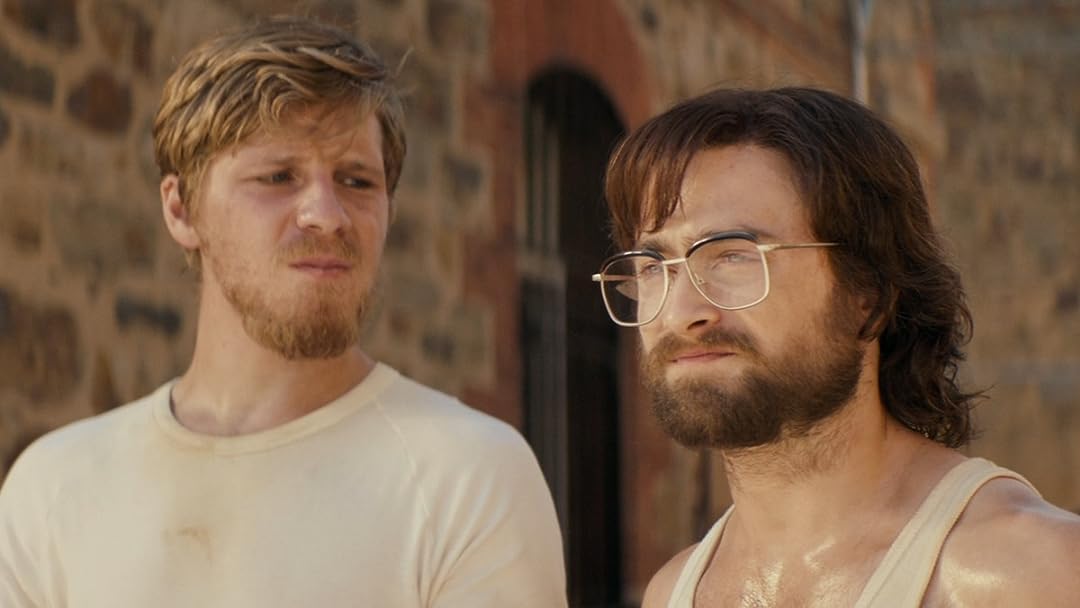 (1,865)6.81 h 46 min2020X-RayPG-13
Based on the real-life prison break of two political captives, Escape from Pretoria is a race-against-time thriller set in the tumultuous apartheid days of South Africa.

Original Toe KneeReviewed in the United States on December 19, 2020
4.0 out of 5 stars
Based on true story
Verified purchase
This film is an historic document. Start to finish, a VERY slow build of tension, until the end... ends on a positive note, obviously you would figure this out from the title of the film, so, this really doesn't spoil the movie. Ok... so... by the fact it is a TRUE story I am inclined to say 5 Stars, however, I have one caveat which is basically the reality that too much foundational material ended up on the cutting room floor ( I assume)... we need to see it in the film, or at least in accompanying features. We need to know about these WHITE people who were imprisoned for trying to create justice in South Africa... it's just real information that isa missing... the who they were/are... how they were arrested, why, the GOOD work they had done... more of this... There is a scant very minimal portion in the film, just not enough to help audiences care about the fact that these who escaped were PARDONED LATER... begs the question, when does a regular person fight for truth and justice and risk prison...there are few heroes such as these... we need more.
4 people found this helpful

Amazon CustomerReviewed in the United States on March 8, 2020
5.0 out of 5 stars
Lots of Tension, Beautiful cinematography
Verified purchase
What a great film! Story is interesting and (for me at least) sheds light on a lesser known part of the Apartheid movement. Movie utilized beautiful noir style lighting and interesting shot choices. The pacing was great and the tension build up kept me on the edge of my seat.

Watch the trailer and learn nothing more before watching, enjoy the film for what it is and not what you presume it should be.

Amazon CustomerReviewed in the United States on December 13, 2020
1.0 out of 5 stars
Not a surprise
Verified purchase
It's all just political propaganda. Started it hoping for a good movie and 10 seconds into it and I'm being told politics. So sick of movies like this.
9 people found this helpful

Lois C. FlemingReviewed in the United States on October 16, 2020
3.0 out of 5 stars
Horrible Accents
Verified purchase
South African accents, and particularly those least influenced by British heritage, cannot be mastered by outsiders. Period. These actors are HORRIBLE at it. I suppose for those who don't know the difference the movie is a tolerable docudrama of a historic case study. But for those of us who do know, the bad accents make for a tortured experience where the dialogue is hard to make out a lot of the time. Too much of the acting comes across as posturing. I should think enough South African actors could be rounded up to make a tolerably authentic piece of work.
4 people found this helpful

Bel4Reviewed in the United States on August 22, 2020
4.0 out of 5 stars
Good but flawed
Verified purchase
I really enjoyed this movie for the acting and the filmography. I could have done with a bit less ideological messaging. I feel like the story was strong enough to get the message across without the obviously out of place modern dialogue. Overall I truly enjoyed it and I’m very happy to have learned a bit more about this time and place in an entertaining fashion. It made me feel the anxiety similarly to classics like Escape from Alcatraz and The Great Escape but i don’t think it will live up to their legacy.
3 people found this helpful

Hande ZReviewed in the United States on April 22, 2020
4.0 out of 5 stars
Not quite great but still amazing
Verified purchase
If we didn't know that this was a true story that happened in 1979 in Pretoria, we would be forgiven for thinking that the weakness of this film lies in the incredible escape. It is not quite a great escape movie like, well, The Great Escape' or the more modern 'Escape Plan', but it has a way of making the viewer feel the tension every step of the way. The plot is simple, but one can only say that this escape plan can never succeed in a modern day, namely, 21st century prison. Nonetheless, the stars gave a gripping performance. There are no gruesome prison scenes and the bulk of the film is focussed on planning the escape and the escape itself.
2 people found this helpful

The DadReviewed in the United States on April 19, 2021
5.0 out of 5 stars
Amazing True Story of White Anti-Racists Fighting Against Apartheid
Verified purchase
This is one of the greatest escape movies of all time....especially because it is a true story. It educates and informs the viewer about Apartheid and the struggle against it, and it inspires White Americans to take action to oppose white supremacy in America. This should be shown in schools and universities. There are unfortunately not enough stories like this in mass media and culture, but this is a great beginning for a hopefully new trend. Radcliffe is brilliant and riveting. A must see if you're woke, and if you're not, THEN WAKE UP!!!!! The struggle is definitely real. I can't breathe.
One person found this helpful

PaterK30Reviewed in the United States on June 8, 2020
4.0 out of 5 stars
More thrilling than I was expecting
Verified purchase
Even if this isn't the most suspenseful film (considering I pretty much knew what was going to happen) this is a nail biting film that shows our main characters in situations that we know they will likely get past but we are worried for them anyway. Based on a true story that I didn't know much about, the film is really based on the idea that wooden keys can be the way out of this place. And with a the display of clever methods for getting past the hurdles of being locked up, it's a interesting, borderline fun film on a subject that isn't really fun but is entertaining anyway.
One person found this helpful
See all reviews
Back to top
Get to Know Us
Make Money with Us
Amazon Payment Products
Let Us Help You
EnglishChoose a language for shopping. United StatesChoose a country/region for shopping.
© 1996-2021, Amazon.com, Inc. or its affiliates