The Esperanza Fire and millions of other books are available for Amazon Kindle. Learn more 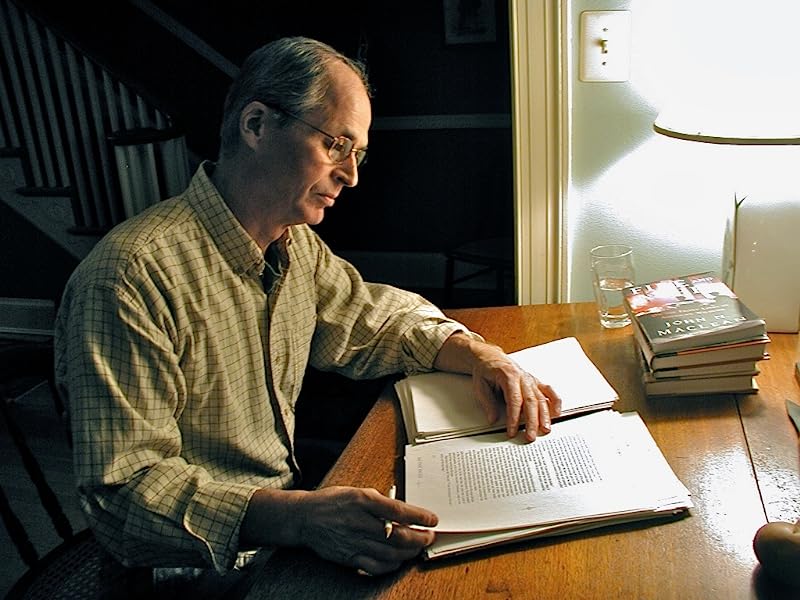 by John Maclean (Author), Pete Larkin (Narrator)
4.8 out of 5 stars 179 ratings
See all formats and editions
Sorry, there was a problem loading this page. Try again.

The Esperanza Fire started October 26, 2006, in the San Jacinto Mountains above the Banning Pass near Cabazon, California. It destroyed 41,000 acres and dozens of homes and cost the taxpayers $16 million dollars. But by far the highest costs of the conflagration were the lives of the five-man crew of Engine 57, the first engine crew ever killed fighting a wildland blaze. Fire and superheated gases had erupted in a freak “area ignition,” sending flames racing across three-quarters of a mile in mere seconds, engulfing the crew and the house they were defending.

The deadly blaze was quickly determined to be no accident. Within a week, serial arsonist Raymond Lee Oyler was arrested and charged with almost two dozen counts of arson—and five counts of first degree murder. The Esperanza Fire recounts with drama and precision the gripping details of the fire and of Oyler’s precedent-shattering trial and its stunning conclusion.

John Maclean spent more than five years researching the Esperanza Fire and covering the trial of Raymond Oyler. The result is a thrilling, moment-to-moment insider’s chronicle of that devastating and tragic inferno and the pursuit, capture, and prosecution of the man who intentionally set it.

“It reads like a taut murder mystery, a whodunit novel you can’t put down.”
―The Forestry Source

“Maclean is a fine storyteller . . . he writes a chiseled prose that does justice to the action.”
—The Washington Post

“Maclean is a highly skilled journalist and a fine writer. His ability to mold fragments from the incident―thoughts, actions, variables and decisions―into a fluid account is riveting. . . . Fair, complete and masterfully done.”
―Wildland Fire magazine

“Larkin brings a theatrical style, respectfully, to the narration of this true story.”
—AudioFile

Pete Larkin is an AudioFile Earphones Award winner and a 2014 Audie Award finalist. He was the public address announcer for the New York Mets from 1988 to 1993. An award-winning on-camera host, Pete has worked on many industrial films and has done hundreds of commercials, promos, and narrations.
Start reading The Esperanza Fire on your Kindle in under a minute.

4.8 out of 5 stars
4.8 out of 5
179 global ratings
How are ratings calculated?
To calculate the overall star rating and percentage breakdown by star, we don’t use a simple average. Instead, our system considers things like how recent a review is and if the reviewer bought the item on Amazon. It also analyzes reviews to verify trustworthiness.

Leslie
5.0 out of 5 stars Anatomy of a tragic fire...
Reviewed in the United States on April 27, 2020
Verified Purchase
After reading some confusing and contradictory descriptions of the recent fires in California, this account of an earlier fire gives structure and clarity to the decisions firefighters have to make under horrific conditions. How often arson is involved in wildfires
was surprising, as were the meticulous methods of investigation used to determine just what happened. This book provided an eye-opening though sad learning curve for me - and I applaud author Maclean for keeping the narrative interesting and provocative.
Read more
3 people found this helpful
Helpful
Report abuse

Puzzle Addict
4.0 out of 5 stars This book was more about the fire and fire fighting, less about the arson investigation.
Reviewed in the United States on June 25, 2019
Verified Purchase
What happened to the fire fighters was gut wrenching to say the least, and we are spared no details. This was particularly relevant to those of us in Arizona who experienced a later horrific incident when 19 wild land fire fighters were killed when a fire overtook them (Yarnell Hill). Of course, this incident caused the same after effects of finger pointing and blame.

As far as this book goes, I appreciated the information about the people and their families, the details about fire fighting, but it fell and little short as a true crime book i.e. little about the arson investigation.
Read more
Helpful
Report abuse

I was a crew boss on a fire in this area in 1996, have driven all the roads in and around the San Jacinto Ranger District, have hiked a trail or two there and thus am very familiar with the locations involved. The ability and precedence of convicting arsonists for murder is long overdue. I hope that it has provided a deterrent for potential arsonists in southern California. Hopefully some of them have read this book as well.

I hope John Maclean will take up the task and write a book about the Yarnell Hill Fire. I can't think of anyone more qualified and proven than he. I've read all of his books and each one is better than the last. Each needs to be read by all of us in the family. Reading the reports and books like this are essential to reducing casualties in an increasingly dangerous activity.
Read more
9 people found this helpful
Helpful
Report abuse

Slabfoot
5.0 out of 5 stars Heartbreaking
Reviewed in the United States on May 18, 2020
Verified Purchase
Wow! Just wow! My heart goes out to the families and surviving firefighters of the Esperanza Fire. Unfortunately, this book is very informative about wildland fires started by arson. Thankfully the author/publisher did not include any gruesome pictures. But I like learning new things and this story was definitely a teachable "moment".

Sometimes the geography/topography is hard to follow, but after coated 15 or 16 there are maps and pictures of the terrain. Highly recommended.
Read more
2 people found this helpful
Helpful
Report abuse

moose
5.0 out of 5 stars Very accurate!
Reviewed in the United States on March 24, 2013
Verified Purchase
I am the sister-in-law of the Fire Captain who was killed in the Esperanza Fire, so I am very knowledgable about what really happened. John spent six years interviewing, researching, and and organizing this tragic and unbelievable incident. I have read the book twice so far and can verify the accuracy of its contents. I am pleased with the way that the book stays focused on the facts and is not filled with personal opinions. While readng The Esperanza Fire I found myself thinking back on that morning when the amber colored sky was raining ashes. It was like something out of an apocalyptic movie. John explains in the book moment by moment what had happened. He also includes information about the trial and his continual communications with the convicted murderer.The Esperanza Fire is an historic account of that horrible tragedy and reminds us to always remember the brave fire fighters who lost their lives and those who fought the fiery battle. Their lives and families lives were changed forever.
Read more
34 people found this helpful
Helpful
Report abuse

Jim R
5.0 out of 5 stars Fire, take it seriously!
Reviewed in the United States on November 17, 2018
Verified Purchase
For us in California, this is something we all are all too aware of, especially during the Santa Ana season. Even worse, there are evil people who are willing to be arsonists, who are eager to start fires during this season. With the recent huge fires we’ve experienced, so very sad. For the rest of our nation, if they wish to understand a little about our emotional fears, our dread over fires, read this book!
This will educate and scare you. God bless our first responders!
Read more
Helpful
Report abuse
See all reviews

Yasmin
5.0 out of 5 stars A powerful read
Reviewed in Australia on July 7, 2020
Verified Purchase
I always like Mr McLeans books, they are open minded and always factual. Such a sad story for those brave fire fighters and much respect to all. Thank you John for writing this book
Read more
Report abuse
See all reviews
Back to top
Get to Know Us
Make Money with Us
Amazon Payment Products
Let Us Help You
EnglishChoose a language for shopping. United StatesChoose a country/region for shopping.
© 1996-2022, Amazon.com, Inc. or its affiliates