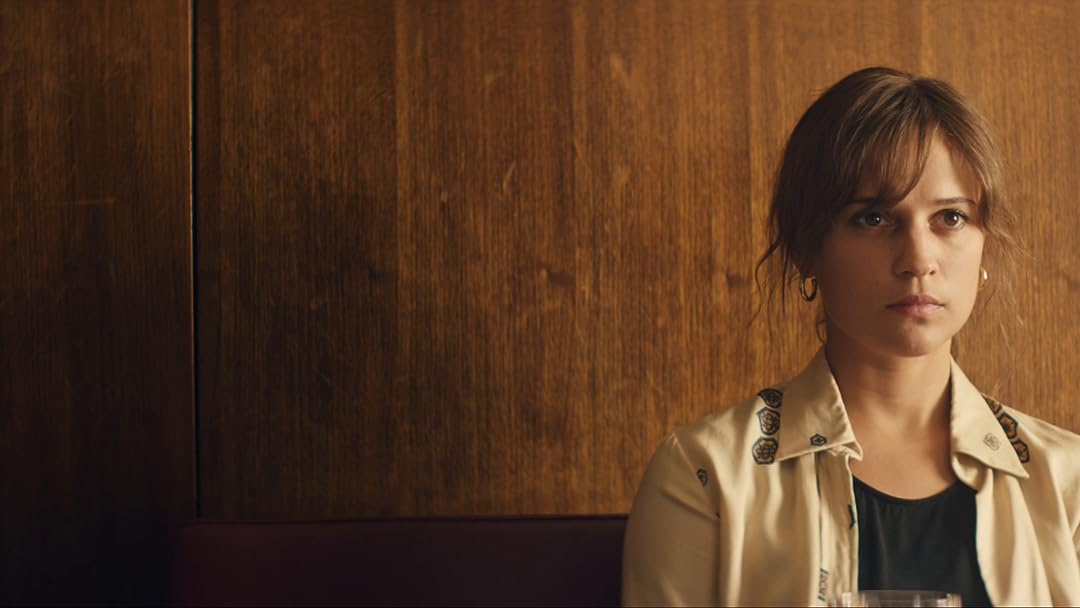 (75)5.81 h 38 min2019R
Sisters in conflict travel through Europe toward a mystery destination.

Kristina Reviewed in the United States on December 3, 2020
5.0 out of 5 stars
a masterpiece
Verified purchase
Wow. Amazing movie....
Grateful to have seen it.
As a previous reviewer said :
it's deep. about grief and family dynamics and the love underneath.
I'm glad i went in not knowing more than that... it was a beautiful mysterious and intense journey, with
characters i didn't want to leave.
What first attracted me was seeing that Eva Green ( definitely one of my alltime favorite actresses!) and Alicia Vikander (who i also love) were starring in it.
I almost skipped it because of the low reviews i saw, but so glad i didn't (!).
If it's meant for u to see, u will be drawn in completely and absorbed by these beautiful actors. If it's not for u ,or not the right time in your life to need it, maybe it will seem boring to u.

septimusReviewed in the United States on December 7, 2020
3.0 out of 5 stars
The three stars are for Eva Green
Verified purchase
I have looked forward to this for a long time because Eva Green is such an amazing actress and the premise sounds interesting. Green makes the best of a thinly sketched role; the film would have been unwatchable without her. We know practically nothing about her character's life, what makes her proud, what are her regrets. Alicia Vikander has an Oscar but in truth she is a very limited actress. I just watched two seasons of "Mary Kills People," about euthanasia in Canada, which is so much more philosophically complex regarding the issue; lead actress Caroline Dhavernas would have been terrific in the Vikander role. The sister character is an artist, a photographer. That reminds me of another film about the life and death of a woman: Christopher Munch's _The Sleepy Time Gal_, which in its quiet way carries enormous depth and devastating power; it is a cinematic great American Novel on an intimate scale. Skip this film and watch that instead -- you have to buy the DVD but you will not regret it.

CinnieReviewed in the United States on April 9, 2021
5.0 out of 5 stars
Experiencing the reality of choices beyond our control.
Verified purchase
Beautiful and disturbing . Having gone through the process of loved ones dying the film was very meaningful to watch. Having someone close to me choose death with dignity it is a complicated process both morally and legally. In the end we must honor how a suffering person with a terminal illness chooses to leave this life.

Spontaneous oneReviewed in the United States on January 16, 2021
1.0 out of 5 stars
Pretentious !
Verified purchase
I strongly suspect this was a Vanity project and or for tax reasons . I am not sure how I managed to see half of it, no wonder it went to prime video !
One person found this helpful

Amazon CustomerReviewed in the United States on February 1, 2021
2.0 out of 5 stars
what a waste of resources
Verified purchase
Poorly excecuted, dialogues are terrible, it seems like it was written by a juvenile and novice writer. Boring as hell
One person found this helpful

DetectorReviewed in the United States on March 2, 2021
5.0 out of 5 stars
Great little film. Not for entertainment. More like what Greek drama was...cathartic.
Verified purchase
Better than 5 years of psychotherapy, assuming you have 5 years, and could afford it. Absurdly low imdb rating, should be well over 6, even 7.

MMReviewed in the United States on November 30, 2020
2.0 out of 5 stars
Three best actresses, one lousy movie
Verified purchase
I was thrilled to have 3 of my most favorite actresses in one movie, 5 stars to them. But the movie was boring and not that good at all ... not even the 3 talents could revive the lousy screenplay.
One person found this helpful
See all reviews
Back to top
Get to Know Us
Make Money with Us
Amazon Payment Products
Let Us Help You
EnglishChoose a language for shopping. United StatesChoose a country/region for shopping.
© 1996-2021, Amazon.com, Inc. or its affiliates