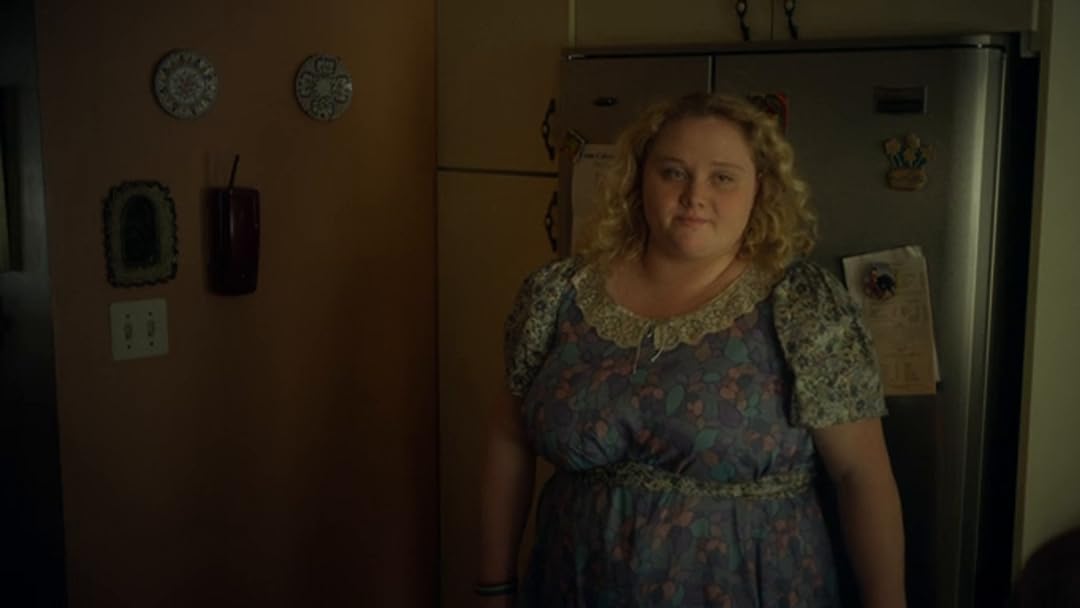 (998)
6.11 h 32 min2014R
Diane Lane, Elizabeth Banks, and Dakota Fanning star in a psychological thriller about two teens suspected of abducting a child and the detective racing to prevent history from repeating.

S. VecchioReviewed in the United States on December 22, 2017
5.0 out of 5 stars
A very sad case of emotional neglect and abuse
Verified purchase
This is a riveting movie about two friends, both troubled little girls, who together take a crying baby from her carriage on her front porch.
The girls are only 8 or 9, and too young to understand the dangers or consequences, and the baby dies.
The story follows the girls through the juvenile justice system, and their continuing struggles after release and into adulthood.
Diane Lane is chilling as the mother of the overweight girl, who not so secretly would have preferred her daughter's slim, prettier accomplice.
Her daughter lives in a fantasy world to escape her mother's disapproval, and Lane plays her character with razor sharp insight into the harm a mother who is a dangerous narcissist, can do.
Dakota Fanning and her accomplice are superb.
A very sad case of emotional neglect and abuse.

R. ChildersReviewed in the United States on February 21, 2018
5.0 out of 5 stars
Wonderfully Sad Movie
Verified purchase
I bought this movie on a whim, not knowing a thing about it, just knowing I liked all three women on the artwork and that Frances McDormand had something to do with it. Tired of mediocre movies I took a chance on it. Wow! How it doesn't get 5 stars at least 90% of the time from viewers astounds me. Maybe because it's very sad in places. Many places. But that's it's beauty. This movie makes you feel something. It's about innocents and emotional abuse. I won't spoil it for you but tell you to not miss it if you can feel. It's broken into 13 chapters. I always notice musical scores when they push scenes to new levels. The all piano score will rip your heart out as the movie climaxes in chapter 11. I wanted to jump through the screen and save Dakota Fanning's character during that sad score. When a movie can make you feel that . . . somebody did their job. Excellent fare! Movie making at it's best! I hope this one comes to Dish, Directv, and all major providers just so many people can see it! So they don't have to trip over it by pure accident the way I did. But then again, I'm glad I own it!
10 people found this helpful

CourtReviewed in the United States on January 23, 2021
4.0 out of 5 stars
Good story not as sad as people are making it
Verified purchase
It amazes me how many people found this movie to be extremely sad. It is sad but only certain parts of it. Two little girls who are friends kidnaps a baby. Being so young of course they don't fully understand what their doing but one of the girls is more dominant and isn't as innocent and definitely has some issues early on at a young age you don't notice it at first but will as you keep watching the movie. Some of it is because of her mother but there is definitely more that contributes to this girl's character, her sadness and her anger as she grows into a young adult and the choices it drives her to make. She's deceptive and manipulative through out the movie until the end although you don't know just how much until the end. Many people come from dysfunctional backgrounds and yet still wouldn't make certain choices. The way I viewed this movie was one girl was innocent while one was guilty. Now the guilty girl did not seem to have any remorse or guilt for her part in the baby's death. I only had empathy for the girl who I felt was truly innocent the little girl who came running home crying after what had happened while her so called friend layed in bed fast asleep as if nothing happened, until the end her guilt ate her from the inside out. The only truly sad thing about this movie is the guilty party got away while the innocent didn't.
2 people found this helpful

LuReviewed in the United States on June 18, 2017
1.0 out of 5 stars
uh, could I return this?
Verified purchase
There should be a star available for "Oh crap, I bought this."

Given the reviews it received, the cast and the fact that people kept alluding to twists, I purchased it, thinking I would probably want to watch it again in the future. WRONG. Without spoiling it for anyone else, I am just going to say I found it predictable, I don't think that the cast lived up to their potential, and the plot was flat. It felt like an eighties made for tv movie.

What a waste of talent. Wouldn't it be great if you could say, "No thanks, Amazon, I decided I just wanted to rent the darn thing,"? If you are swayed by the great reviews the movie receives here, google it and weigh in with the movie critics for a second opinion.
8 people found this helpful

cotton frocksReviewed in the United States on April 2, 2021
4.0 out of 5 stars
movie was great however
Verified purchase
i watched on my firestick
the first window listed starring: Diane Lane, Elizabeth Banks,
the 'further' information listed: Diane Lane, Brynne Norquist, Eva Grace Kellner
But the actual star was Danielle Macdonald
Hmmm... wonder why? Could it be Danielle is not a prototypical hollywood model?
Shame on Director: Amy Berg Writers: Nicole Holofcener (screenplay), Laura Lippman for allowing that!
2 people found this helpful

Shana DowningReviewed in the United States on April 3, 2021
3.0 out of 5 stars
It was much slower then I liked
Verified purchase
Overall it was not a bad movie. It was slow and kinda hard to sit through it all but glad I did. I wished they went more into the background of the 2 little girls and why they did what the did. Sen more of how the family was handling when the girls was in jail. I made the mistake of reading the book and that makes watching to movie little harder. Give it a go not a bad movie way better book.
One person found this helpful

X-Man MomReviewed in the United States on December 22, 2015
5.0 out of 5 stars
It was easy to tell the who
Verified purchase
Just finished this movie and wanted to give it some stars. Option came up to review so I decided to read them. Why have some reviewed giving the entire play by play of the movie? Whats the point in someone actually watching the movie if they can just read about? I think that is why they write books...

It kept me thinking come on come on and the ending took me by surprise. It wasn't so much of a drag to get to the end, but more of build come on hurry up. It was easy to tell the who, but the why with the twist at the end was great. I think they could have done a little more with Diane Lane's role, but still the part suited her acting personality quite well. I think I could add this to my collection of movies easily. Not sure what else I could add since others have enlightened the universe with their blinding shine. I will definitely recommend to others I know to see it.
2 people found this helpful

Missy MReviewed in the United States on March 1, 2017
5.0 out of 5 stars
Great Movie
Verified purchase
While this a sad subject, the acting in this film was terrific. It's hard to imagine a child doing such horrible things, but that's life sometimes. This was a great movie and I would recommend it to a friend who likes similar subjects. I loved the "I wonder who" aspect of this film. It makes you wonder who dun it and the ending is a little bit of a surprise. Don't miss this movie if you like horror, suspense and surprises.
6 people found this helpful
See all reviews
Back to top
Get to Know Us
Make Money with Us
Amazon Payment Products
Let Us Help You
EnglishChoose a language for shopping. United StatesChoose a country/region for shopping.
© 1996-2022, Amazon.com, Inc. or its affiliates