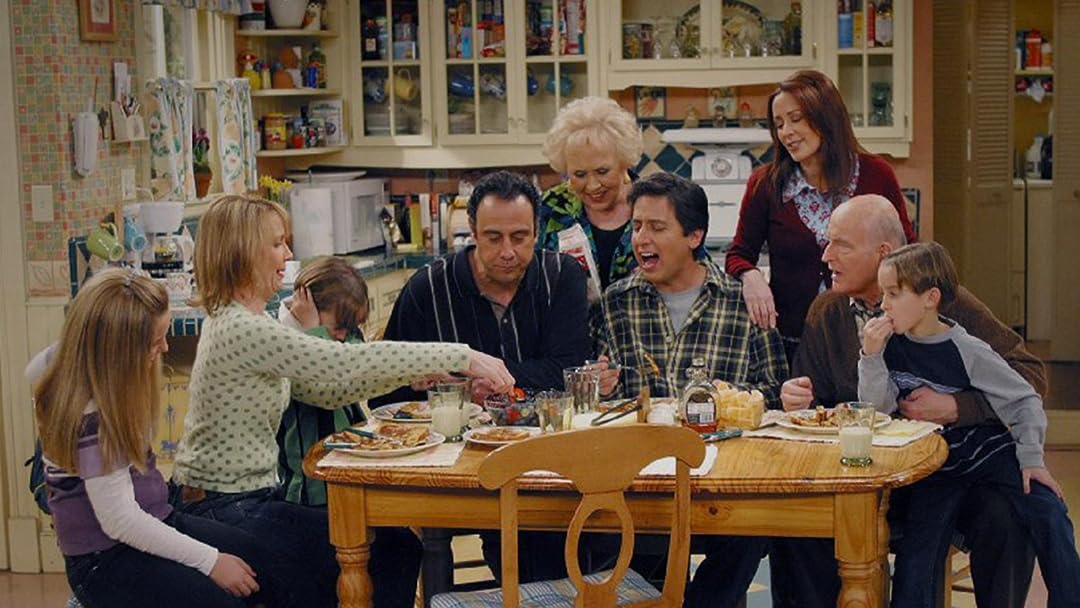 (2,783)
7.21997X-Ray7+
It never stops for successful sports writer Ray Barone, whose oddball family life consists of a fed up wife, overbearing parents, and an older brother with lifelong jealousy.

Ted CampbellReviewed in the United States on November 9, 2019
1.0 out of 5 stars
Over Priced
Verified purchase
$2.00 for one episode? I had a friend staying the night and they don't have prime so they didn't know it would cost me for them to watch. I just don't see how you justify one thirty minute sitcom for 2 bucks!
21 people found this helpful

G. TownsendReviewed in the United States on November 4, 2016
5.0 out of 5 stars
A Comedy That Lives Up To Its Name
Verified purchase
Everybody Loves Raymond should be ranked as one of the best comedies ever on television. The characters are richly defined, and the actors portraying them do an excellent job every time. This particular episode, where Debra is supposed to be interview by a radio psychiatrist is a classic of the kind of comedy this show does. Everyone can relate to it. And everyone can watch it. That is important. The only thing I wish Amazon would do is to make these episodes free, for the Prime members.
14 people found this helpful

Randa KReviewed in the United States on April 11, 2020
5.0 out of 5 stars
A Classic.
Verified purchase
Happy to revisit this sitcom classic and spend time with the Barone Family. It brings joy and laughter during this tough time. Sad to think Doris Roberts and Peter Boyle are gone now. Thankful for this gift they gave us, which can be enjoyed for generations to come. Thank you for offering this.
4 people found this helpful

Steven TorresReviewed in the United States on March 6, 2006
5.0 out of 5 stars
The beginning
Verified purchase
Everybody Loves Raymond is quite possibly the greatest sitcom of all time. (It is WAY funnier that Seinfeld, which was more clever than funny, but apparently people confuse the two.) There is a real innocence to the first season that gradually eroded as the show progressed. It's as if the writers made a conscious decision to sacrifice the "clean family sitcom" image for "edgy family sitcom", without going so far as to sacrifice what made the show so enduring. When watching the first season in retrospect it's almost weird how well Ray and Debra get along here. Debra practically never yells at Ray and there's a cheesy "conflict resolution" scene between them at the end of almost every episode. Some people liked this side of their relationship when compared to other seasons and started to hate the show when it started to move away from this device. I don't care for it. I'd much rather have Debra yelling at Ray or vice versa every episode, it's funnier that way. Their constant arguing started getting annoying in the sixth season, but thankfully the writers got things back on track for the final three seasons.

Season one has many typical sitcom plots and some are pulled of better than others. Only the episode "Standard Deviation" seems like it would be at home in later seasons. The actors were still trying to find their way as well. Brad Garret doesn't alter his baritone delivery until late in the season and Romano speaks in a bored, monotone voice.

The pilot episode does a nice job of introducing the characters and setting up the premise as well as some running gags. Fans should get this season set just to see how radically different it is from the others and how far it came. The fact that this show's potential was turned into greatness is a testament to its writers and actors.

NirnieReviewed in the United States on October 22, 2015
5.0 out of 5 stars
Everyone Should Love Raymond
Verified purchase
First I watched them for the laughs. Then I started watching the repeats for the truth behind the jokes. Who hasn't seen some of Marie or Frank or Deborah or Raymond in themselves? I don't mention Robert because he's a caricature put in the series for exaggeration and laughs and he mugs too much.

Now I'm totally addicted and hope the series will run forever or like The Middle continue with the Barone family maturing.

My favorite episodes, by the way, are the ones where the family goes to Italy and where Frank and Marie are kicked out of the adult community they sign up for.
4 people found this helpful

Too CuteReviewed in the United States on May 7, 2022
3.0 out of 5 stars
Horrible dvd
Verified purchase
I thought this was going to be a good purchase, but it wasn't because unlike my other dvd series, this doesn't automatically play the episode one after another , and that makes it hard to binge watch.

PAUL DEBARYReviewed in the United States on April 20, 2020
5.0 out of 5 stars
Good light comedy with great cast of characters
Verified purchase
This has a great cast of memorable characters and reliably provides some very clever comedy. A nice dose of smiles at the end of a long day and there are some lessons worth learning as well. Quite well done!
One person found this helpful

MommaDReviewed in the United States on April 30, 2020
5.0 out of 5 stars
LOVE Everybody Loves Raymond!!!!
Verified purchase
Purchased this FM Amazon Prime being that where we're vacationing there's no cable but we were able to watch this on the TV through the tablet. God bless internet.
One person found this helpful
See all reviews
Back to top
Get to Know Us
Make Money with Us
Amazon Payment Products
Let Us Help You
EnglishChoose a language for shopping. United StatesChoose a country/region for shopping.
© 1996-2022, Amazon.com, Inc. or its affiliates