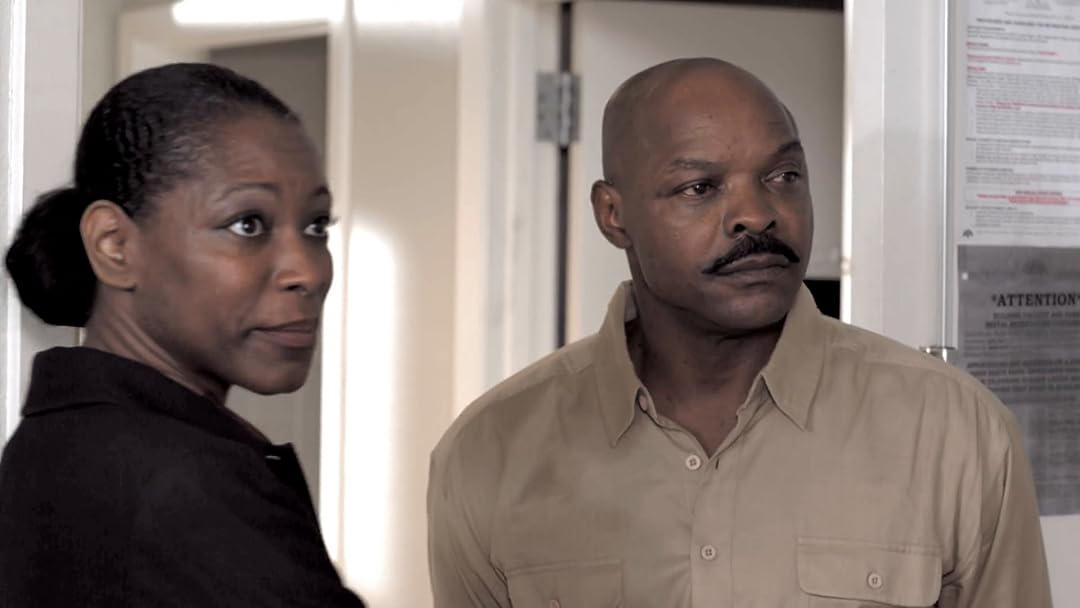 Watch with ALLBLK
Start your 7-day free trial
Add to
Watchlist
Redeem a gift card or promotion code
By ordering or viewing, you agree to our Terms. Sold by Amazon.com Services LLC.
Write review

KimoReviewed in the United States on April 5, 2019
5.0 out of 5 stars
Great character development... gritty story
Verified purchase
Who says there is nothing left to watch! If you feel like all movies are the same and you are fed up with explosions and fight scenes between superheroes... check out this little indie diamond. Outstanding actors who compel you to care about their characters... interesting subject matter and beautifully shot. The art of storytelling is alive and well in Oakland CA. I hope to see more from Carmen Madden.

JLReviewed in the United States on February 22, 2014
3.0 out of 5 stars
...but the acting is GREAT!
Verified purchase
I would actually give this movie 3.5 stars because the acting is just GREAT! Omari Hardwick is a wonderful bad guy! Tessa Thompson is a very believable naive, young lady. The movie stealer is actor Corey Jackson as a seemingly developmentally delayed store keeper! However, {possible spoiler alert because you can easily picture how the movie ends with my next few statements} the movie ends on such a depressing note! As the movie ended, I thought to myself, "Really!!?"

{Possible SPOILER ALERT}
Picture the TV One series Lincoln Heights put into a movie instead of a TV series. Also, picture almost ALL of "Eddie's" family (Lincoln Heights reference) die...yeah the bad guys die, too...but you aren't emotionally attached to the bad guys anyway. As I said, acting...great. Storyline....pretty good...until the ending. Would I watch it again....possibly if I'm having a bad day and I want to remind myself of someone who is having a worse day. Would I recommend to someone else? Yes, but only if my enemy is having a really good day. LOL!

Linda M.Reviewed in the United States on August 4, 2021
2.0 out of 5 stars
This was kind of bootleg
Verified purchase
The fake people acting as if they were of Islamic religion but were really thugs. I wasn't feeling this.

ron welkerReviewed in the United States on June 25, 2021
4.0 out of 5 stars
Stars the handsome superstud omari chadwick
Verified purchase
A local young urban black entrepreneur . who can not stear clear of the drug trade to make a living.in his bakery. A bit of romance in the film. The young handsome superstud can not see eye to eye with his older business partner

Lakeisha RNReviewed in the United States on April 19, 2016
5.0 out of 5 stars
A most buy!
Verified purchase
Everyday black man was a well-written movie. Gives the audience a illustration behind the ideal black man and what they experience through life challenges and how it impacts their actions thoughts and decision-making. Most importantly the movie send a message as well as an image of how black women in men are treated and how black men lives are cut short.

Linda N.Reviewed in the United States on September 4, 2014
5.0 out of 5 stars
EVERYDAY BLACK MAN!
Verified purchase
Everyday Black Man indeed. Excellent movie, great cast/acting. Great portrayal of everyday real life (real talk). Yes, Malik (Hardwick) definitely played his character (as he always does) to-a-tee. I was a little disappointed with the ending tho, leaves you wondering if Moses lives or dies. Other than that, I enjoyed the storyline. I would definitely recommend you watch this movie, you won't be disappointed.

Jeanette WilliamsReviewed in the United States on May 11, 2020
5.0 out of 5 stars
nice
Verified purchase
nice

betty benReviewed in the United States on May 12, 2020
5.0 out of 5 stars
Thumbs up for this movie
Verified purchase
This movie were a great movie to watch, Young woman that sre trying to get swept off their feets needs to see this movie, The guy deceive her.
See all reviews
Back to top
Get to Know Us
Make Money with Us
Amazon Payment Products
Let Us Help You
EnglishChoose a language for shopping. United StatesChoose a country/region for shopping.
© 1996-2022, Amazon.com, Inc. or its affiliates