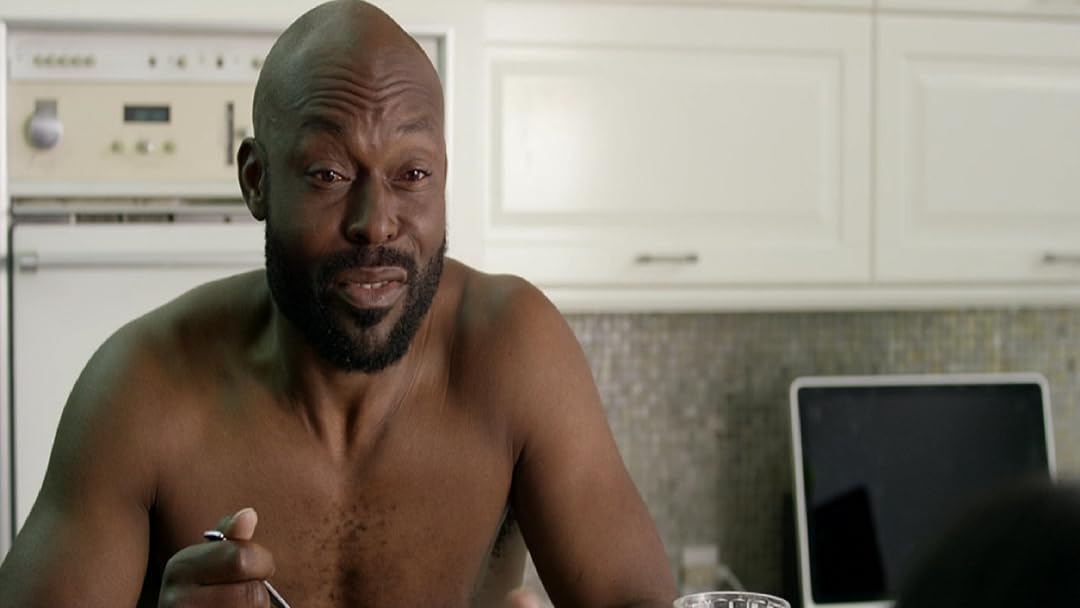 Everything But a Man

(83)
5.01 h 50 min201918+
A contentedly single career woman finds unexpected love with a man from another culture, but their drastic lifestyle differences cause as much conflict as there is chemistry between them.

Oklahoma CustomerReviewed in the United States on May 29, 2021
1.0 out of 5 stars
Trashy Movie
Verified purchase
I stopped this movie at the obscure sex scene out of nowhere the first 5 minutes into the movie. I decided later to skip through the sex scenes to see if this movie had any substance and I was sick at my stomach at how they could show this woman going to church but giving herself over to guys so loosely. And I say guys intentionally. These were not men because they had no honor for women nor themselves. To receive honor you must first honor God and yourself. I’m so tired of trashy movies. This was not a love story at all. And I could not believe this guy made her say, "Max, I will serve you," over and over again. What in the world? He wanted the benefits of being her husband while being her bed buddy. No way. He was a user.
6 people found this helpful

Geoff CharlesReviewed in the United States on September 7, 2020
4.0 out of 5 stars
Nice Movie With a Strange Twist
Verified purchase
The writer did a good job with most of the script. The setting of the movie is great and the few characters come together well. This movie shows right and wrong as a subjective concept rather than a defined value. It shows a church-going woman who struggles with her moral weaknesses and hypocrisy. On one hand, she outwardly espouses a powerful woman with personal career goals and ambition as the most important aspect of life. Although lonely, the principal character lives a lie. This film explores cultural differences and a thin line between honesty and passive dishonesty. The principal character has volatile emotions but a moral conscience to make amends; however, she violates the privacy of her lover in a manner that undermines who she is. A great love story, but the twist may blow the viewer away. Highly recommend, but docked a point for its reckless portrayal of Christianity.
6 people found this helpful

Carletta CastilloReviewed in the United States on December 22, 2020
5.0 out of 5 stars
MY LIFE STORY!!! LOVED THIS MOVIE!!!
Verified purchase
I swear this was like watching my life story!!! Especially dating out of my culture. Hell I married out of my culture. Husband is in Dominican Republic we've been married 4 years together for 5. Even though he hasn't been here yet I can relate to so much of this movie!!! Omg the clashing of cultures is no joke!! Wives patiently waiting in their country... No problem... She knows her husband will always be with her no matter what!
Thought I had it figured out by going out of the country to find love. Found it but in the end ... It's all about their family and their needs ie money and being in the US to have that American dream. But I was envying them in their country. It's all about family and love. Everything else will fall into place. Wish my husband would've wanted me to live with him in his country during this pandemic and seeing how difficult it is for me now. But nope! All about money and HIS family.
LOVED THIS MOVIE!!!!

S. AllenReviewed in the United States on July 3, 2020
2.0 out of 5 stars
Hated it
Verified purchase
Max was a total user and loser..
12 people found this helpful

L0ve365Reviewed in the United States on August 6, 2020
2.0 out of 5 stars
Not It
Verified purchase
I am tired of these pick me story lines. This was hella sad.
11 people found this helpful

Divine_QueenReviewed in the United States on June 12, 2020
5.0 out of 5 stars
Really Good Movie
Verified purchase
I really enjoyed this movie! I have always been a fan of Monica Calhoun.
9 people found this helpful

SuperShopperReviewed in the United States on July 4, 2020
2.0 out of 5 stars
Pointless Movie
Verified purchase
The beginning of the movie started off kind of slow, but I started to like it as I continued to watch. It had an unusual twist to the movie based on cultural differences, and that was different. The movie also touched on some interesting points. However, there is no resolution to the movie. I would go into details, but I don't want to spoil it for everybody else.
5 people found this helpful

REDDReviewed in the United States on June 27, 2020
5.0 out of 5 stars
MESMERIZING
Verified purchase
OOH WEE!! The lovemaking scenes were EVERYTHING. I’ve been hot for Max since Phat Girlz. He really wooed Vanessa in this movie. He had me hot and bothered. Baybee I was over here fanning and some more lolll. The twists & turns were great! Max left us with surprise after surprise. Great Friday night treat. KUDOS TO THE ENTIRE CAST. I LOVED IT!!!
3 people found this helpful
See all reviews
Back to top
Get to Know Us
Make Money with Us
Amazon Payment Products
Let Us Help You
EnglishChoose a language for shopping. United StatesChoose a country/region for shopping.
© 1996-2022, Amazon.com, Inc. or its affiliates