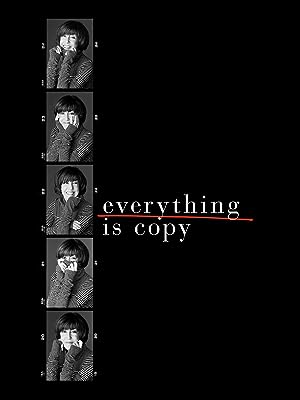 hawthorne woodReviewed in the United States on December 15, 2019
5.0 out of 5 stars
"Her only problem was that she had an overwhelming need to succeed." Robert Gottlieb
Verified purchase
Does anyone ever say this about a man? We were put here to consciously create success and have fun doing it. She had fun doing it. She succeeded. I do not see this as a "problem." And she was in love with Carl Bernstein. She didn't marry him to be more successful. But the fun both of them had being successful together was a "high," that's obvious. And the problem with that, if they loved each other??? Anyway, fabulous documentary. As for "Mixed Nuts" - it is one of my favorite films. Rita Wilson, bored to death, literally, slumped over her desk at the suicide hotline: "Doesn't anybody want to commit suicide?" That line made the film for me.
6 people found this helpful

M. MiehlsReviewed in the United States on December 7, 2016
5.0 out of 5 stars
Norah Ephron -- there will never be another!
Verified purchase
I love everything about Nora Ephron. Her writing was so so good, so tight, and clear. It's rare to find a talent like hers. The documentary Everything is Copy was put together well. I watched it twice -- and maybe will again, because heck I own it. The story starts with her childhood, and moves into first and second...marriages ...and children....and parenting....early career, later career....and all the writing in between, whether for stage, screen, book or article. It also delves a bit into relationships, yes, with spouses, but also with friends, and famous stars. In the end everything is not just copy -- everything is "control" -- that's one thing that jumps out at you near the end of the documentary. Nora controlled the words on the page throughout much of her life -- so yes, everything was copy, even if "real" people and their foibles, were laid out for all to see in her prose. It remained that way as long as she was the captain of her ship, director of her life, and "wanted" outcomes were achievable. But when she assumed a starring role, in a story she didn't architect, and faced an illness where the outcome was not chosen, and yet became inevitable, it meant losing control -- and at that point...well, then maybe everything isn't/wasn't copy after all. Jacob, her son, does a great job in this documentary. The apple didn't fall far from the tree. Definitely worth watching, and more than once. You'll catch nuances and discussion you are sure to miss the first time around. Grab a cup of libation, sit back, and enjoy.
14 people found this helpful

M.H.Reviewed in the United States on January 12, 2019
5.0 out of 5 stars
Nora, a woman ahead of her time, then behind the scenes but always heard, loved and remembered
Verified purchase
I rarely write amazon video reviews. But Nora Ephron is an amazing role model for everyone, especially female. This documentary does her significant justice and I applaud her son's courage in creating it for us to view :::As tears fall down my cheeks, I continue to type::: This is a must see for every woman under the age of 40, or a woman of any age facing change or who is questioning how to deal with power in what is still, let's face it, a male dominant world. If I had to choose one word to describe what I learned about Ms. Ephron by watching this doco it would be UNAFRAID. With that, I'm going off to find a tissue to dry my tears, but feeling comfortably powerful and remembering to remain unafraid.
4 people found this helpful

Yeahbutnobut.Reviewed in the United States on May 30, 2017
5.0 out of 5 stars
"Who will tell us what to do now?".
Verified purchase
I have loved Ms. Ephron since she pointed out to me that being a feminist didn't mean that you have to hate men, That differences are to be celebrated and cherished. She proved that speaking your mind clearly and honestly meant that you might not always be nice, but that you could be kind.

This is more than a documentary about some famous lady that directed some sappy chick flicks. This is a love letter to Mother's everywhere. Thank you, Ms. Ephron, for making the world a little brighter and a lot funnier!

By the way her sister Delia Ephron's book:"How To Eat Like A Child And Other Lessons In Not Being A Grownup" is one of the best books you can ever invest your time in.

sophiesmommyReviewed in the United States on December 2, 2016
5.0 out of 5 stars
....loved Nora Ephron!
Verified purchase
Nora Ephron was an amazing presense on this earth. She was throughly delighted. A very cerebral woman with a delightful wit. I loved her books, I loved her movies, and now this documentary by her son, Jacob Bernstein. Jacob knows that he had an incredible mother. Every woman wishes she had a best friend like Nora. You will love this documentary! It answers the question WHY Nora slipped away even without her closest friends knowing. As a very public person she achieved the silent exit without anyone being the wiser.
4 people found this helpful

Melissa C.Reviewed in the United States on November 12, 2020
1.0 out of 5 stars
re: Boring
Verified purchase
Love most everything Nora... but not this book. Everything is copy... and it is. Boring.

Julia M. HooverReviewed in the United States on October 9, 2020
5.0 out of 5 stars
Lovely and Raw Tribute To One Of The Greats!
Verified purchase
So well done!
One person found this helpful
See all reviews
Back to top
Get to Know Us
Make Money with Us
Amazon Payment Products
Let Us Help You
EnglishChoose a language for shopping. United StatesChoose a country/region for shopping.
© 1996-2021, Amazon.com, Inc. or its affiliates