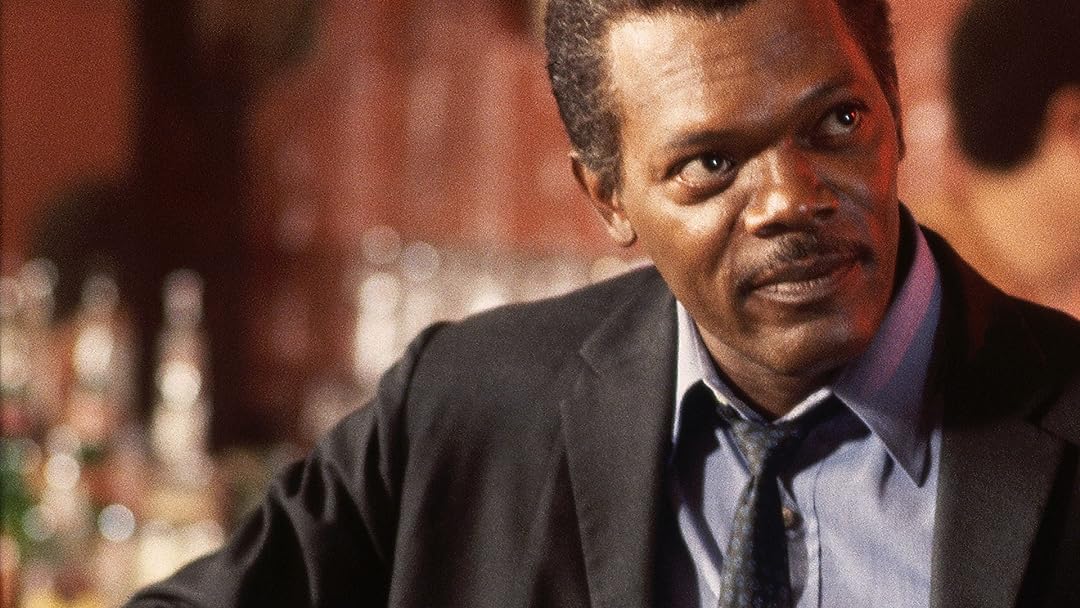 (270)
7.21 h 48 min1997R
A young girl learns some difficult lessons about truth, love, and fidelity in this critically-acclaimed Southern drama.

AmazonCustomer_SNEReviewed in the United States on July 18, 2022
5.0 out of 5 stars
As An Adult - the Puzzle Pieces Fit Differently
Verified purchase
Look closer, and everything adds up. Watched on VHS as a child and did not understand. Lee’s 2015 review on Reel Rundown really pieced it together and I went back and played each of these major scenes… wow. A Lifetime film with cinematic presence - amazing acting, intense, a classic.

Ron BlachmanReviewed in the United States on February 10, 2022
5.0 out of 5 stars
Classic southern gothic tragedy. Terrific cast.
Verified purchase
One of America's great genre is southern gothic tragedy. This is right up there with the best, think Tennessee Williams, Flannery O'Connor et al. The hint of the supernatural and the odd twist of fate reminds me of "Midnight in the garden of good and evil". Great performances.

There was a challenge going down when this was made. Black producers were making solid, classic-profile movies centered around black characters. Another such film was "Devil in the blue dress". These are borderline great films that might have been big box-office and generational classics if they'd gotten the promotion and distribution they deserved. But they didn't..."nuff said.

joel wingReviewed in the United States on July 11, 2020
4.0 out of 5 stars
Memories can be decieving especially in a family full of problems
Verified purchase
Eve’s Bayou follows the experiences of the little girl Eve (Jurnee Smollett) and her family in Louisiana. Her dad Dr. Louis Batiste (Sanuel L. Jackson) is a successful doctor. He has a beautiful wife in Roz (Lynn Whitfield). Her aunt Mozelle (Debbi Morgan) is a psychic. On the surface everything seems well but they are plagued by underlying problems. The story is about how those events are remembered and interpreted.

At the start of the film Eve sees her father Dr. Batiste cheating with a woman at a party. Eve’s older sister Cisely (Meagen Good) tells her she misinterpreted what she saw. This turns out to be the theme of the film. How the family thinks about their dad and his actions are seen and remembered in different ways and lead to various reactions. Some don’t like him but accept him. Some love him despite his faults. Some get angry and think he should pay. Eve has to decide how she will see her father.

The movie is set in Louisiana and plays on the Creole tradition there. There’s a smattering of French in their conversations for instance, spiritualists and voodoo. It presents a slice of African American life away from the usual urban setting.
C

Amazon CustomerReviewed in the United States on January 29, 2022
5.0 out of 5 stars
Great movie
Verified purchase
I'm mixed and was raised by a white family. Regardless of color this about people and their lives. The acting was good, the story is in every race. Yes it's focused on a black family but so many people have a story that relates. This is not about black people, it's about people, children and relationships.
If you don't like the movie you a narcissist, racist, easily hurt or upset and last possibly have not lived long. Totally great and not what I was expecting. It touched my heart and made me cry. It's very deep.
4 people found this helpful

Khristine JacksonReviewed in the United States on November 14, 2020
4.0 out of 5 stars
Give us..... more E.Bayou ?!
Verified purchase
Well all I can say is that this "little" movie is spot on .. When it came out during the 1990's in the year of 1997 , I never had a chance to see it in the theater. Samuel L. Jackson is an phenomenal actor..hands down ! His range from comedy,drama and even his tweet's are endearing to his online follower's. He also assisted in the production of this film.. The director I had never heard of her before, Kasi Lemmons ..and the supporting cast all did a wonderful job as well. Lynn Whitfield some years earlier I had seen her in "The Josephine Baker story" on H#O. Debbie Morgan what an actress..she has been on the screen since the 1970's.. and even was married to actor Charles S. Dutton briefly. The late Diahann Carroll did a wicked job as playing a "voo-doo" priestess... she sadly passed away from Breast cancer on October 4,2019 at the age of 84 years old. I would consider her the original "Beyonce Knowles-Carter" of her generation ... The locations of this movie were filmed in the towns of Covington,Madisonville and Napoleonville,Louisiana . The main topic in this film..that the director was trying to dance around and not to offend people of color was... incest.! I hope that they do a follow up to this movie ..with some of the original character's from the 1990's film..? The only way is to get a petition going..Or approach the director herself..?
6 people found this helpful

Natea BomarReviewed in the United States on March 6, 2022
5.0 out of 5 stars
5 stars
Verified purchase
This another movie I've watched many times. Love it.

The Fancy OneReviewed in the United States on August 22, 2004
5.0 out of 5 stars
Hauntingly beautiful....
Verified purchase
It's too bad that this movie did not get the recognition that it deserved when it came out in 1997. Kasi Lemmons' amazing directorial debut "Eve's Bayou" is a haunting and captivating tale of a upper middle-class black creole Louisiana family in the early 1960s who has a lot of baggage. In this family is a smart, 10 year old girl named Eve who has "the gift of sight". The bayou is the perfect setting for this story that deals with infidelity, family secrets, the mysteries of voodoo, magical curses and tragedy.

This Southern family has issues, without a doubt: the father, who is the town doctor, continuously cheats on his wife; the mother - beautiful and classy, protective of her children but distant, knows her husband is unfaithful but is in denial about it; Eve herself has witnessed her father being unfaithful to her mother and is forever haunted by the images that she has seen; the aunt, a widow several times over, who is also psychic like her niece, is hesitant to fall in love with a mysterious stranger that passes through because she is certain that he will meet the same fate as her former husbands; Eve's older sister who adores her father, but something happens that destroys her trust in him....and this is what triggers a cataclysmic chain of events.

The cast is superb - with Samuel L. Jackson, Lynn Whitfield, Debbi Morgan (who is EXCELLENT - this is her best role yet) and Diahann Carroll in a less than glamourous role as the town voodoo priestess - but Jurnee Smollett as Eve is the one who really steals this film. Meagan Good, who plays Eve's older sibling, is also very good and effective in her role as Cisely. I've seen this movie on cable many times over the years, but I still felt like I had to own it on DVD. I wish I could give it ten stars, I love it that much. Buy this, you will not be sorry!
17 people found this helpful

n2dep2careReviewed in the United States on May 18, 2021
5.0 out of 5 stars
Haunting and Lovely
Verified purchase
One of the best films I've watched in a long time. It Will be a favorite because of the way it made me feel, the lines uttered, and the actors. Very well done and heart-wrenching.
See all reviews
Back to top
Get to Know Us
Make Money with Us
Amazon Payment Products
Let Us Help You
EnglishChoose a language for shopping. United StatesChoose a country/region for shopping.
© 1996-2022, Amazon.com, Inc. or its affiliates