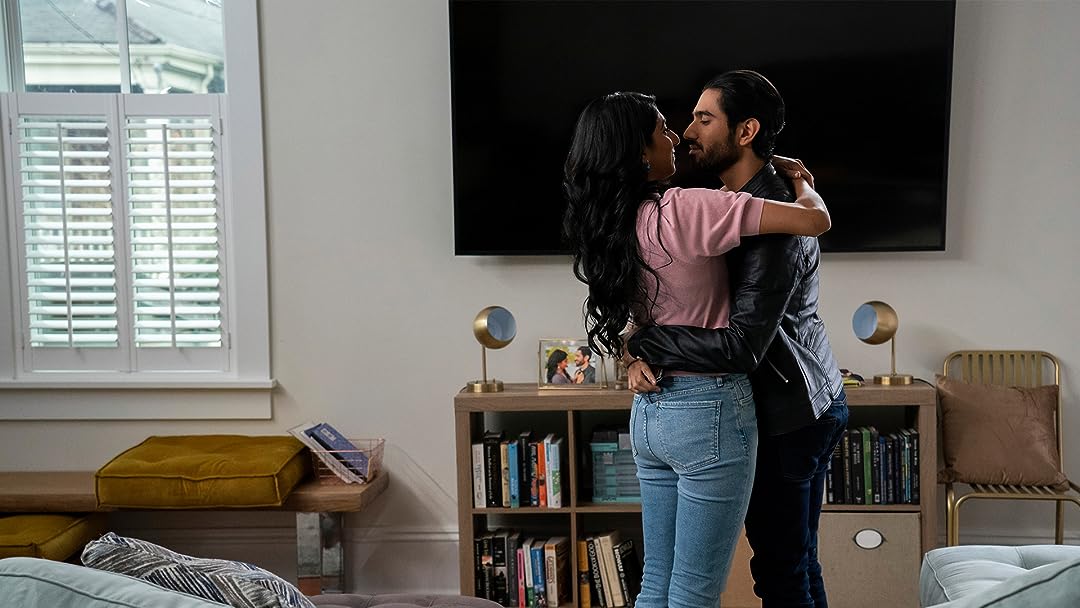 (652)
4.81 h 29 min2020X-RayHDRUHD16+
Welcome to the Blumhouse! A superstitious mother is convinced that her daughter’s new boyfriend is the reincarnation of a man who tried to kill her 30 years ago.

Amazon CustomerReviewed in the United States on October 13, 2020
5.0 out of 5 stars
Very unsettling take on domestic abuse
Verified purchase
Essentially this movie is about what happens when death doesn't keep your abuser away. But this movie takes an approach that I haven't seen before, and I think it was executed very well. Overall I very unsettling watch and I would recommend
59 people found this helpful

AtlantanReviewed in the United States on October 14, 2020
1.0 out of 5 stars
Horror is in terrible script and sketchy story lines, totally avoid
Verified purchase
I really love Blumhouse movies, and i was really excited for this movie. But sometimes they just don't work out. Here is yet ANOTHER example of the structured deconstruction and ratification of the so called "Orient" by the West. The end result is just bashing up India and its values by the west, highlighting endlessly some b.s. about caste, snakes and standard sterotypes that west audience will lap up! Which mother these days ask their independant daughters to marry? In fact just the opposite.
There is nothing horror, just the same annoying and frustrating scenes, repeated dialogues. Ironically, the script isn't even worthy of being called a mere skeletal, how did they think they can stretch it into a full feature length. I wonder if the director was scared of telling the actors what he wanted, some scenes just linger unnecessarily and the acting in some part seems just lost. Would have done better as a 10 min short film. Won't recommend it if you don't wanna end up with a bad feeling in the pit of your stomach of having wasted time on a very bad movie.
Thumbaad. most favorite Indian Horror film

US ConsumerReviewed in the United States on October 13, 2020
1.0 out of 5 stars
Worst movie ever
Verified purchase
Terrible acting, direction, cinematography & story
40 people found this helpful

Avid readerReviewed in the United States on October 15, 2020
4.0 out of 5 stars
It's a different culture
Verified purchase
The movie starts out with a violent confrontation, and then switches to current. Pallavi, who is 29 and STILL not married, is a great concern for her mother. And I found that entirely reflective of some in the Indian culture. Usha plays her mother, who was obsessed with getting her daughter married to a proper man, since if she didn’t marry soon, she would never marry. Her mother has a number of superstitions, among them the ‘evil eye’. She felt a man cast an evil eye on her while she was pregnant with Pallavi, which made her extra protective. Pallavi falls in love with Sandeep, who seems a wonderful man, but her mother has concerns and becomes obsessive about Sandeep. When her mother was violently assaulted by that man on the bridge, she managed to gather up the strength and throw him off the bridge, whereby he drowned. She becomes obsessed that Sandeep is the reincarnation of that man who assaulted her, and is a real danger to her daughter. Credible acting by the cast, and weaving an interesting story of marriage in a different culture. Is she right about Sandeep, or is this all in her mind?
33 people found this helpful

Joshua PayneReviewed in the United States on October 13, 2020
3.0 out of 5 stars
" Metaphysical Suspense Thriller "
Verified purchase
A pleasant watch; would give it a 3.5/C+ in totality. The actors meshed well, and the plot shaped up to be unpredictable; which added to the suspense. Sarita Choudhury did great in overprotective mother mode, and the passive father made his role seem authentic. The son-in-law to be was great in his lover boy turned domineering stance. The daughter was decent. Evil eye, or " malochia " is a taboo subject that needs to be expounded upon in these times of modern. Beats an array of today's mashup of predictable psychological thrillers'. Thanks Blumhouse !
30 people found this helpful

♡ Pain Warrior ♡Reviewed in the United States on October 15, 2020
4.0 out of 5 stars
Enjoyable & Suspenseful
Verified purchase
I really enjoyed watching this film. It's suspenseful, dramatic and well acted. Sarita Choudhury is so compelling as the traumatized but spiritual mother who tries to warn her daughter about a too-good-to-be-true man she meets. Sunita Mani is great in the lead role, as the daughter in love, and I also love her as Trenton in Mr. Robot (one of the best shows of all time!). Bernard White is a true professional playing the worried, rational father. I didn't love Omar Maskati as the boyfriend, as his acting didn't seem as genuine as the others. It feels like he was just cast for his model good looks. Part of the problem is the writing.

The directing and cinematography are on point, and I like the story. At the twist towards the end, it began to feel a little corny, like it's been done a million times before. It was a little too predictable for me. But overall I really liked watching this, and there is much more good to it than bad. Also, I like the life lessons that it teaches you.
20 people found this helpful

Tiffany WarrenReviewed in the United States on October 13, 2020
4.0 out of 5 stars
A Great Supernatural Thriller
Verified purchase
Evil Eye was refreshing in a way that, while its energy was a little different than other supernatural thrillers, it was suspenseful and even had great ending. Evil Eye focuses on real life horrors and amplifies them with a touch of the paranormal. If you're looking for gore, or jump scares, you won't find them here. But there is plenty of steady-building tension with a fantastic release.

Granted, there is an odd twist that leaves me with a one big question...
19 people found this helpful

Kevin AgudeloReviewed in the United States on October 13, 2020
2.0 out of 5 stars
Not very good
Verified purchase
Some insight on Indian culture...very little else...
25 people found this helpful
See all reviews
Back to top
Get to Know Us
Make Money with Us
Amazon Payment Products
Let Us Help You
EnglishChoose a language for shopping. United StatesChoose a country/region for shopping.
© 1996-2021, Amazon.com, Inc. or its affiliates