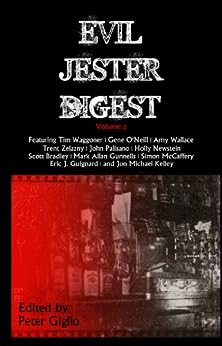 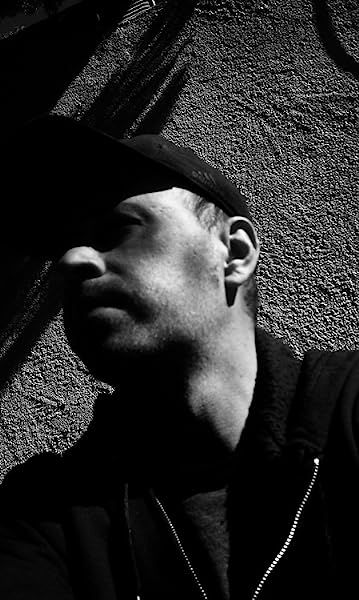 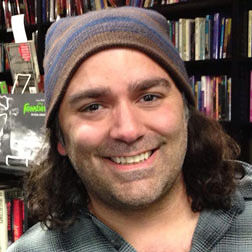 4.4 out of 5 stars
4.4 out of 5
9 global ratings
How are ratings calculated?
To calculate the overall star rating and percentage breakdown by star, we don’t use a simple average. Instead, our system considers things like how recent a review is and if the reviewer bought the item on Amazon. It also analyzes reviews to verify trustworthiness.
Top reviews

Laurie A. Brown
4.0 out of 5 stars Not just gore and zombies
Reviewed in the United States on April 7, 2013
Verified Purchase
Most anthologies leave me with very mixed feelings; I'll like a couple of the stories, a couple will be awful, the rest are just blah. This one surprised me; I thought all twelve stories in it were good. There are some very unique ones in the group and the stories don't rely on just gore for their horror. There are some zombie stories, of course- can't have horror these days without zombies- but they have refreshing takes on zombies. There is even a zombie fairy tale! Definitely worth reading if you want some better than average horror fiction.
Read more
5 people found this helpful
Helpful
Report abuse

Scott L. Pratt
5.0 out of 5 stars crafted with care
Reviewed in the United States on July 29, 2013
Verified Purchase
I just got around to reading this amazing collection of short stories and am in awe of the Authors and Stories included within. I especially like how Mr. Giglio introduced each story, it is something that you don't see often in an anthology, and it adds a personal touch to let you know that this collection was not just thrown together, but crafted with care.

I may be a bit backwards, but I am now reading the Evil Jester Digest, Volume 1, and will leave my review when complete, until then I strongly recommend this book to anyone that loves a good fright!

Shannon Giglio
5.0 out of 5 stars Amazing collection of talent
Reviewed in the United States on January 24, 2013
Verified Purchase
Let me start by saying that I read a lot of anthologies. Some are good, some not so good. This one is excellent. Every single story packs a punch - there is not a weak piece in the lot. Among the not-to-be-missed stories include a brilliant fairy tale by Eric J. Guignard, not one, but two, fantastic pieces from Trent Zelazny, and a well-crafted cinematic tale by Scott Bradley. A great effort by all involved.
Read more
6 people found this helpful
Helpful
Report abuse

Becky
4.0 out of 5 stars Great Collection of Short Stories
Reviewed in the United States on January 28, 2013
Verified Purchase
I don't know what it is about horror and short stories, but they go so well together! This was a great collection that I read in one night just because I couldn't put it down. Creepy and spooky and gory. Loved it. I am going to have to pick up volume 1 from Evil Jester.
Read more
5 people found this helpful
Helpful
Report abuse

Joceanne
4.0 out of 5 stars Great selection of stories
Reviewed in the United States on March 17, 2013
Verified Purchase
Really enjoyed this, nice introduction to several new authors. Fun and entertaining read - great for the kindle, will check for the other volumes.
Read more
One person found this helpful
Helpful
Report abuse

Eddie drake
4.0 out of 5 stars Awesome
Reviewed in the United States on January 7, 2013
Verified Purchase
Very good from authors that I have not had the chance of reading yet. All the stories were very fresh and interesting.
Read more
One person found this helpful
Helpful
Report abuse

Books Lovers Never Go to Bed Alone
4.0 out of 5 stars Great shorts collection!
Reviewed in the United States on April 15, 2013
In my opinion, independent press anthologies are a wonderful read. They offer a wide range of authors, many of whom you may not be familiar with or have only seen in passing. Evil Jester Digest, Volume Two is one such collection. While there are prominent names in horror, including Tim Waggoner and Holly Newstein, there are a host of others just as good lurking in the pages here.

The stories here are not the standard slasher/ splatter horror fare. The gore is minimal and the suspense is intense. Waggoner opens the collection with a disturbing look at a man driven by the past, of which he cannot escape. The story is not only great horror, but also a reflection on the long-term impact of the high school bully and his cronies. Where do those scapegoat kids go and who do they become? Waggoner's answer will chill you to the bone. The stories include a wonderful post-World War II tale from Newstein and a painful look at abuse and justice from Gene O'Neill. The authors here resisted the urge to slip into the cliché and avoided the traditional serial killer gorefests. They instead looked into the dark, shadowy places in ourselves to find the horror that resides within us. Even the more traditional "monster" tales of zombies and vampires feel fresh and take on different, challenging perspectives.

This is a great collection for not only an introduction to established authors, but also for discovering some new, fresh talent out there. There's some real talent here and I'm looking forward to plunging into a few novels from this bunch! As with any anthology, it does come down to taste. Zombie fans may be disappointed that there's not more brain-crunching, but the fans out there looking for more tension than guts will be pleased. Read this one with the lights on!
Read more
One person found this helpful
Helpful
Report abuse

BookWorm
5.0 out of 5 stars Terrific Terror Tales
Reviewed in the United States on June 15, 2013
Here is an anthology of excellent dark genre fiction that is one lean, mean terror machine. When you rip into these stories, dear reader, these stories will rip right back into you. Authors hand-selected by the editor contribute stories of suspense and mayhem that jump right into your brain. Tim Waggoner starts off with scary tale of high school acquaintances being chased by shadowy entities; Eric J. Guignard imagines famous fairytale characters--and zombies; Scott Bradley tells of a man dying for a good time in Amsterdam; Trent Zelazny goes deep noir and vehicular deadly in two separate and distinct stories; John Palisano takes us on a bloody tour of Mexico; Holly Newstein creates a goosebump-inducing post-WWII hellscape; John Michael Kelley brings on the chills with his tale of a man with a mysterious, prescient tattoo on his chest; Simon McCaffery envisions alternate states of reality; Gene O'Neill designs a dangerous post-apocalyptic world filled with predators, and Amy Wallace kicks the door shut with short and nasty take on some serious barfly antics. Although this is a non-themed anthology, the editor has chosen tales that pull this volume together as a powerful, unsettling whole. Hard driving and crafted to rattle spines, Evil Jester Digest's second volume will thrill fans of dark fiction.
Read more
One person found this helpful
Helpful
Report abuse
See all reviews
Back to top
Get to Know Us
Make Money with Us
Amazon Payment Products
Let Us Help You
EnglishChoose a language for shopping. United StatesChoose a country/region for shopping.
© 1996-2021, Amazon.com, Inc. or its affiliates