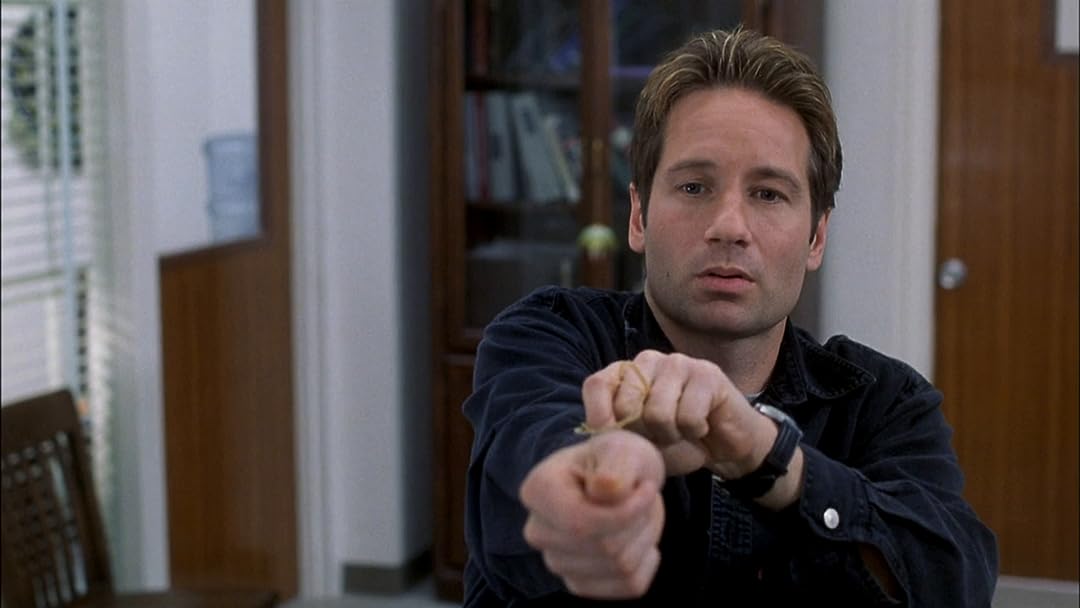 Amazon CustomerReviewed in the United States on November 1, 2019
1.0 out of 5 stars
Dis Dog got fleas!!!
Verified purchase
It started out okay and seemed promising but after they found the worms it got stupidly goofy and died an agonizing death due to bad acting, bad writing and bad directing!
18 people found this helpful

Charlley1952Reviewed in the United States on September 2, 2018
1.0 out of 5 stars
Spare yourself the agony
Verified purchase
I search for adjectives to describe the wretched nature of this travesty of a film. This was a pathetic attempt to clone the spirit of Ghostbusters, and it failed miserably. I laughed, perhaps a half dozen times, and hated myself for having done so.

I'd have spent the time better picking the lint out of the corners of my pants pockets. I don't know who gave this film five stars but I want some of whatever they were smoking.

ChrisSherrillReviewed in the United States on November 4, 2019
1.0 out of 5 stars
Nope
Verified purchase
I get that Evolution is a spoof, but I don't think it’s good enough to be a spoof. It’s a shame because there are some pretty good actors, but they couldn’t save the movie because the script and dialog are so bad. Save yourself some time and pass this one by.
8 people found this helpful

Surel311Reviewed in the United States on November 7, 2019
2.0 out of 5 stars
Not so good!!!
Verified purchase
Mostly stupid and lacking entertainment! Kind of a ghost busters meet alien X-Files meets men in black crap movie. I find it hard to believe the former X-Files actor chose to be in this movie over Star Wars 2. Maybe funny for teenagers, pretty stupid from adult perspective. I wouldn't recommend anyone rent it let alone purchase it. Two stars for variety of actors, not for movie or content. Movie is more like 1 star or less, not good enough for a B movie but maybe the actors had fun! Not worth your money let alone your time. In one word...yuck!
4 people found this helpful

Brandi PearlReviewed in the United States on April 11, 2022
4.0 out of 5 stars
Amusing, But Not Really That Funny
Verified purchase
Evolution is a campy sci-fi spoof that had a lot of potential, due to its cast, but fell just short along the way. Stars include David Duchovny, Orlando Jones, Julianne Moore, Seann William Scott and Ted Levine. There were some funny moments, such as when the alien bug was in Harry Block's leg and Dr. Paulson mentioned where it was going, or when Harry Block asked how many cells single-celled organisms had, but overall, it was more silly than funny.
It can be the kind of movie that is fun to watch with friends, and maybe poke fun at it a bit, but I feel as though it just didn't quite live up to what it could have been.

Avid readerReviewed in the United States on August 31, 2018
4.0 out of 5 stars
A lot of fun
Verified purchase
I didn't expect to have so much fun watching this movie. Irreverent, a bit naughty, with some good comic actors made this movie move quickly, and enjoyably. The premise at least was consistent with accelerated evolution. Special effects were decent, although I felt they fell off in the mall scene. And mostly, it seemed the characters were having fun with each other and in making the movie. I thought the best quip in the movie was "and this is where the black man dies..."
9 people found this helpful
See all reviews
Back to top
Get to Know Us
Make Money with Us
Amazon Payment Products
Let Us Help You
EnglishChoose a language for shopping. United StatesChoose a country/region for shopping.
© 1996-2022, Amazon.com, Inc. or its affiliates