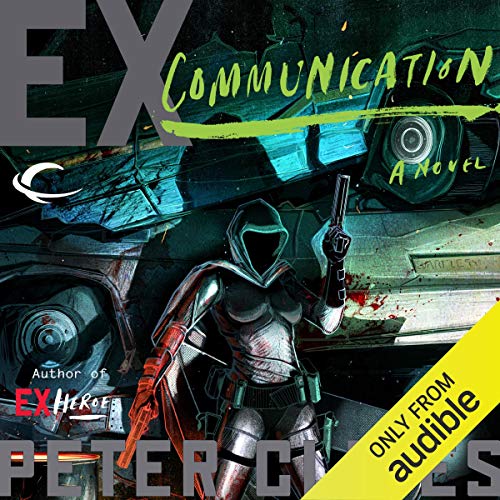 4.6 out of 5 stars
4.6 out of 5
382 global ratings
How are ratings calculated?
To calculate the overall star rating and percentage breakdown by star, we don’t use a simple average. Instead, our system considers things like how recent a review is and if the reviewer bought the item on Amazon. It also analyzes reviews to verify trustworthiness.
Top reviews

Mike watkins Jr.
4.0 out of 5 stars Once again...a really good book that falls short because of a few key errors
Reviewed in the United States on May 14, 2020
Verified Purchase
Pros:

1. Once again Peter manages to come up with a clever title that foreshadows what is to come. Peter again as is expected does a great job of "staying on topic" and bringing out the title/theme of the book.

2. New characters introduced again that contribute towards the overall theme of the book in meaningful ways. As usual, Peter does a great job of...how do I put it....of writing in such a way for each character that as you read what they're saying you "hear" what their saying. Like the language he uses is distinct for each character that's introduced in the third book of this series...just as it is for each of the superheroes that have been featured in this series.

3. I liked how the 2nd book introduced something that the first book needed....a challenge for the heroes. Well...this book takes it to a whole new level with the "final boss" that's featured during the last quarter of this book. It's nice to see the heroes struggle and work together to overcome these struggles.

1. Eh...not gonna go into details cause I don't want to spoil anything. But let's just say a relationship between 2 characters develops....yet for some reason Peter decided to fast-forward months later... (so we weren't able to see this relationship truly manifest itself). And in some instances...that's ok as long as the relationship that we are "fast-forwarded to" is focused on and featured enough in the book/movie/episode. But that's not the case here... in fact, it's easy to forget these 2 characters are even in a relationship...which bothers me because the last book chose to focus on an eh "friends with benefit" relationship that wasn't even that important to the overall story. So why not focus on this new one that is?
Read more
One person found this helpful
Helpful
Report abuse

Robert Carnevali
5.0 out of 5 stars This is a totally thrilling and engaging story. A "must-read!"
Reviewed in the United States on March 27, 2014
Verified Purchase
The "Ex" series is now one of my favorites. It blends a walking-dead apocalypse with superheroes in such a way that neither genre feels exploited or stereotyped. While being able to be read as a stand-alone story, it's much better if you read them in order (Ex-Heroes first, then Ex-Patriots, then Ex-Communication) as you'll have a knowledge of all of the back events that introduce and build the characters.

It's been a little while since the enhanced soldiers from Project Krypton have moved in with the survivors of Los Angeles. The survivors have spread beyond the Mount (the high-walled grounds of Paramount Studios where the original safe zone was created) and built a wall of derelict cars around several more city blocks, giving their 20,000+ population real houses and apartments to live in. They're working to reestablish civilization, and beyond the regular attacks by Legion (a supervillain who controls the zombie "ex-humans"), they all actually have a life again. But Barry (who can turn himself into a ball of living energy and supplies power to everyone while he is "Zzzap") has been acting odd and been talking to himself. The heroes worry that he may have some serious mental issues, which would be a problem since they not only rely on him, but he is virtually unstoppable while in his energy form. This leads into an event where a formerly lost hero is brought back, and along with him, a horrible and terrible danger.

The plot is absolutely mesmerizing. Everything is brought to life with perfect prose and characterizations. Everyone feels real, and while the concept is that these are superheroes you would find in a comic book, it doesn't feel that way. The zombies, and the villain Legion, form a plausible backdrop to the environment. They're dangerous and scary, but are now just a part of life, with no more attention being given to them would occur naturally in the story. In other words, everything feels organic and nothing feels forced.

While one old hero is brought back into the spotlight, a new character is also introduced, and her introduction is wonderfully executed through a series of her journal entries where you not only find out about her, but understand the unique position she finds herself in. The story builds, gaining momentum, until there is finally an epic battle of good versus literal evil in a fight for the remains of humanity. What's impressive is that this grand ambition is fully met and realized, and is thoroughly satisfying.

If you haven't read them yet, get the first two books, then pick this one up. And then follow it with "Ex-Purgatory" (the fourth in the series). It's a fully engaging and captivating series.
Read more
3 people found this helpful
Helpful
Report abuse

H. Grove (errantdreams)
5.0 out of 5 stars Loving this series!
Reviewed in the United States on September 22, 2015
Verified Purchase
I’m still having a blast reading Clines’s series of books about superheroes and the zombie apocalypse, and I’ll be diving into the next book post-haste. The characters are so much fun; we finally get to learn a bit more about Stealth in this volume, although I don’t want to ruin it by adding any details. I’ll just say that I’ve been wanting to get to this part, and I enjoyed its execution quite a bit. One of the other character aspects I love about the series in general is the humanity of the super-humans. They make mistakes. They can be naive or overly skeptical. They can be outgoing or hermit-like. They’re… well, they’re people. They’re interesting as individuals no matter what their powers.

I have to mention one thing I love about these books that will probably seem trivial. I’m not fond of books that hop around in time so excessively that dates and times are tacked on to every chapter start. The more different times or dates displayed, the harder it gets to keep the book’s timeline straight. Clines has done one thing to correct this that is surprisingly elegant: chapters are simply labeled as either ‘Then’ or ‘Now’–flashback to the past or narrating the present. I want to see more authors using this instead of dates.

Issues of life-and-death, resurrection, and identity weave their way through the various plots playing out. How do you decide what is part of the ‘natural order of things’ when you’ve discovered zombies, superheroes, and super-soldiers are all real? Where do you stop? Is it possible that the zombies could still be harboring pieces of their ‘real’ selves beyond those blank stares? This is a fascinating angle to explore, and religion does get pulled into it at a reasonable level. (By reasonable I mean that while there are some fanatics, there are also much more reasonable religious characters as well. A spectrum is provided.)

Don’t worry–there isn’t just philosophical material to ponder; there’s also plenty of excitement. I couldn’t put the book down once it reached the climactic fight scenes and plot twists. They played out spectacularly.

I ended up babbling about fascinating parts of the plot and characters to my husband, which as I’ve mentioned before is often the sign that a book is good enough to make the jump from a 4-out-of-5 to a 5-out-of-5. It means the book really pulled me in, held my attention, and made me think–made me love the characters and care what happened to them.
Read more
3 people found this helpful
Helpful
Report abuse
See all reviews

Mr. P. A. Jenkinson
5.0 out of 5 stars Another fine addition to the series...
Reviewed in the United Kingdom on August 9, 2013
Verified Purchase
The Zombie apocalypse has happened, and the survivors in LA are protected by a few superheroes... the adventure continues!

There's quite a bit less focus on some characters (the Driver, Cerberus, off the top of my head) but otherwise the usual gang (Mighty Dragon, Stealth, Zzzzap!, Captain Freedom) get plenty of page time. I'd like to see them venture beyond the mount to see who's left out there in the world. I think a couple more books and there'd be enough for a TV series (I wish!) as Zombie stuff is still popular (Walking Dead, World War Z etc).

Rattled it off in a day, biggest downside for me is the wait for more :(

It's an easy read, entertaining, with likeable characters and plenty of potential (rest of the world to explore!) to expand the series. For anyone wondering whether to jump in on the Ex-Heroes, start with book 1 and 2 before getting this, just so you know who the characters are.
Read more
Report abuse

Amazon Customer
5.0 out of 5 stars Great read
Reviewed in the United Kingdom on March 21, 2020
Verified Purchase
Great book kept me gripped from first page till last, will be reading the whole series great story and characters
Read more
Report abuse

Amazon Customer
5.0 out of 5 stars End of arc.
Reviewed in the United Kingdom on April 22, 2014
Verified Purchase
Bringing the initial arc of the superhero and zombie series to a conclusion.
Once more an amazingly well written story bringing many of the threads from the earlier books to a conclusion.
Brilliantly brings the zombie and superhero genres together in a natural believable and consistent fashion.

Would recommend to any zombie or superhero fan.
Read more
Report abuse

Chez
5.0 out of 5 stars Another great book in the series
Reviewed in the United Kingdom on January 1, 2014
Verified Purchase
Again, this book is as good as the first two. New horrors are introduced and with them come new crises.
If you enjoyed he first two books you will definitely love this one too.
There are yet more twists and turns, further development of characters (Stealth is slowly becoming less robotic)and there is an utterly gripping battle.
A great read.
Read more
One person found this helpful
Report abuse

bushmins
4.0 out of 5 stars Loved it
Reviewed in the United Kingdom on May 12, 2014
Verified Purchase
As with so many series the following books seems to go down hill, but since the first book of the Ex series was so frigging high there's a long way to go down before his book could ever get dull. Highly recommended for zombie fans who want something slightly different. Never thought it would work with super heroes... but it definitely does.
Read more
Report abuse
See all reviews
Back to top
Get to Know Us
Make Money with Us
Amazon Payment Products
Let Us Help You
EnglishChoose a language for shopping. United StatesChoose a country/region for shopping.
© 1996-2021, Amazon.com, Inc. or its affiliates